They are calling them cute ㅋㅋㅋㅋㅋㅋㅋㅋㅋㅋㅋ 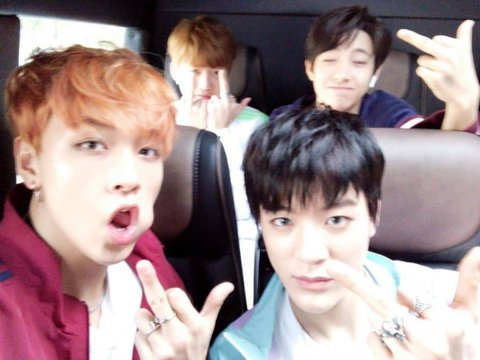 post response:
[+378][-38]
original post: here
1. [+198, -26]
It’s not like they were at an immature age and this was after their debut no?
2. [+142, -21]
Just what were they thinking when they took this picture?
3. [+129, -9]
Whether it’s Lee Naeun or someone else, isn’t it weird to hate them because of that? Lee Naeun was betrayed by her friend who exposed her and NCT Dream was exposed by sasaengs. Both were in an undesirable situation and are getting hate for it. But why are we even hating on them? I can understand that this ruins their image but I don’t think that they deserve hate for it
4. [+57, 0]
The thing is that even Lee Naeun shouldn’t have gotten hate for it. Both were victims of being exposed by their sasaengs. If they are not committing crimes, we shouldn’t be butting in. Other community websites have already moved on after blaming the sasaengs but Pann is just awful ㅋㅋ they are just trying to go for a concept among high school friends when riding in a car together so do they really deserve hate for it? Did they smoke/drink or commit school violence? Before being idols, they were just under aged boys so let’s not cross the line here
5. [+40, 0]
I hope that people let go of that mindset that their idols’ image are shattered because of this, both for Lee Naeun and NCT Dream. You guys call Cardi B “cheerful and spicy unnie~”, but why are you guys being so conservative towards Korean idols?