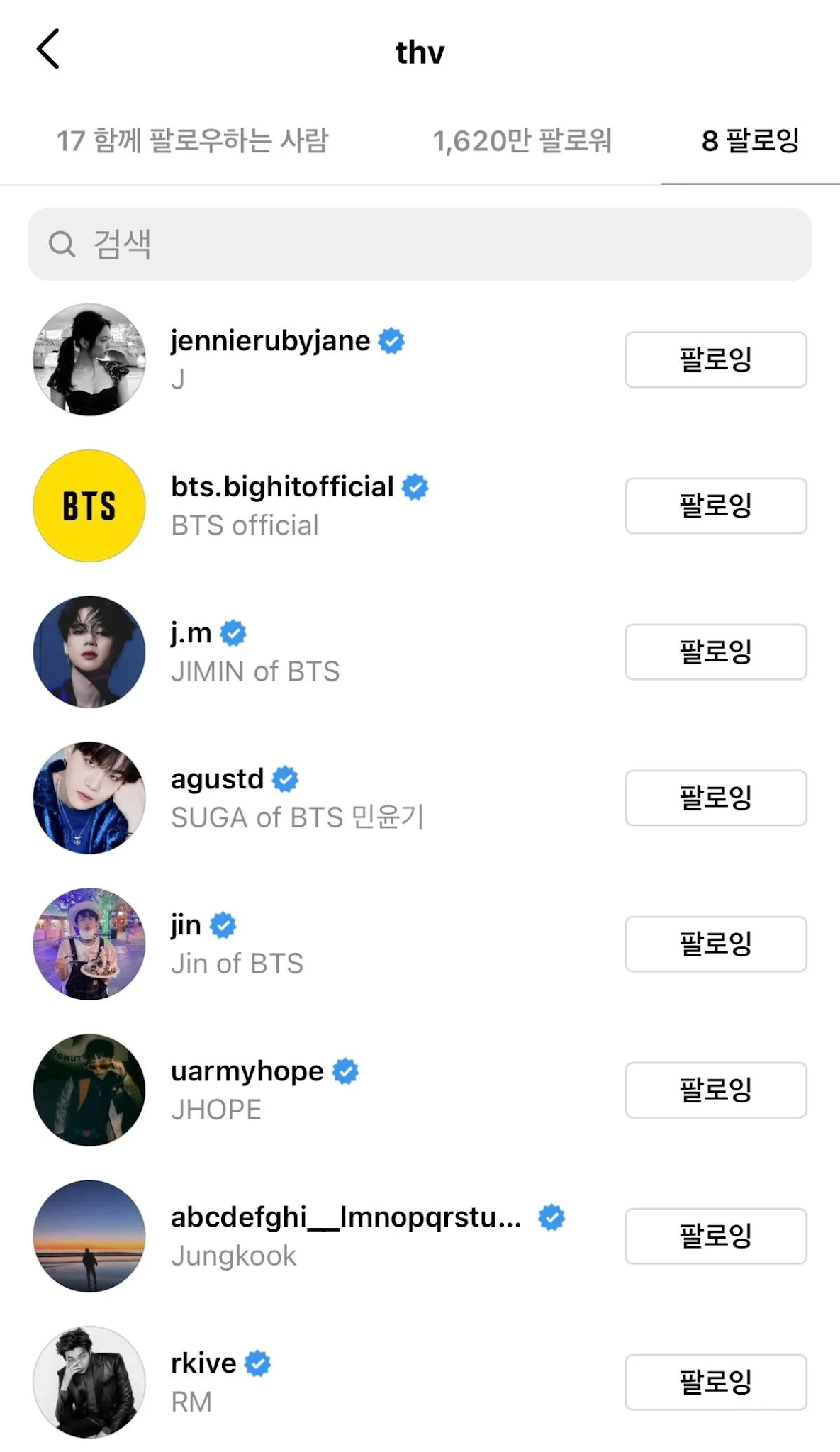 I’m so curious about whether they’re close or not

All the other members are still following just each other
original post: here
1. He unfollowed her, must’ve been a mistakeㅋㅋㅋㅋ
2. I bet he clicked follow by scrolling down his feed with recommended accounts. Because if he were to follow people aside from his members, he would follow the hyungs he’s close with first. He unfollowed her so it must’ve been a mistake
3. He was only following the members and just randomly followed her? This is obviously a mistakeㅋㅋㅋㅋ
4. Me too I’ve followed and unfollowed Jennie by mistakeㅋㅋㅋㅋㅋ  She’s the account that’s recommended to me the mostㅋㅋㅋㅋㅋ
5. The recommended posts and recommended accounts on IG are so annoying. You can just be scrolling down and you’ll click follow by accident, it didn’t happen only once or twice
6. Seriously it must be so tiring to be a celebrity ㅋㅋㅋㅋ
7. I keep following accounts by accident when scrolling my feed
8. Someone said that they also followed Jennie and IU by accident when trying to follow BTSㅋㅋㅋㅋㅋㅋㅋ
9. Oh looks like he likes Jennie (as a celebrity)
10. Me too I almost followed Jennie’s account by accident