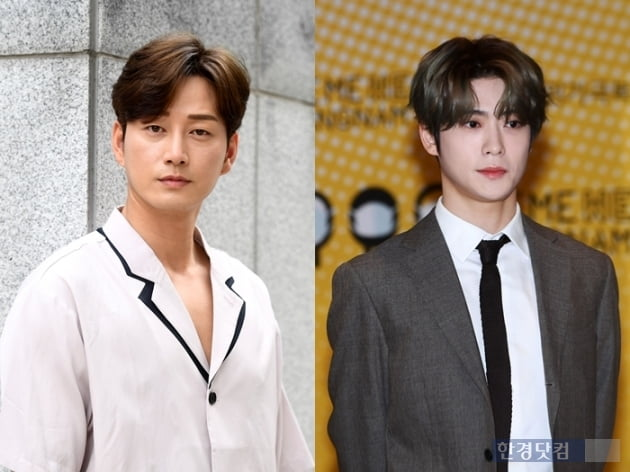 The drama remake of “Bungee Jumping of Their Own” has cancelled production.
It was revealed back in November that NCT’s Jaehyun was cast for the role of Im Hyun Bin for a drama remake of the 2001 film, while Lee Hyun Wook was confirmed to play Seo In Woo.
On December 9, Kakao Entertainment announced that production has been cancelled. The company explained, “In the process of preparing for production, the scenario writer of the original film expressed concerns.”
Kakao Entertainment continued, “All rights for derivative works including remakes belong to the production company (Choice Cut), so there are no issues with carrying out production. However, after extensive discussion, the final decision was made to suspend production in respect of the writer’s opinions.”
“Bungee Jumping of Their Own” is originally a film about high school teacher Seo In Woo (Lee Byung Hun) who is struggling to overcome the death of his girlfriend In Tae Hee (Lee Eun Joo). The movie follows the story of what happens when he meets a male student named Im Hyun Bin (Yeo Hyun Soo) who acts just like In Tae Hee. CR: Soompi
original post: here
1. Out of respect for the original writer, they cancelled the production. Of course, the production team agreed on the writer’s opinion and was persuaded too. If the drama was to be made considering the recent times, for sure they would have to adapt some parts. But if those parts were remade, there’s no point of a remake anymore. They were probably debating on whether to adapt it or to cancel it and chose the latter one
2. Back then, when the work was released, there was less social awareness over this kind of plot but looking at it now, they are just beautifying s*x grooming so I’m glad that it was cancelled. I hope that the actors find better work from now on
3. The plot just doesn’t fit our current generation but when they started talking about “remake”, everything just started to turn into a mess. It’s a relief that it was cancelled. I hope that we don’t get any adaptation work in the future
4. It just doesn’t fit our culture anymore
5. All the rights were respected in this situation and they cancelled everything out of respect for the writer…. it’s a hard thing to do nowadays
6. They could’ve remade it but decided to cancel out of respect for the writer. It’s a shame that it got cancelled but I really admire them. And Jaehyunie ㅠㅠ I know that he’ll find a better role…
7. It’s such a shame. The musical version of this was good too so I was looking forward to the drama..
8. I didn’t like the idea at first so I’m glad
9. Wow even so, it’s nice that they respected the writer..
10. Jaehyun seriously has no luck with his dramas