original post: here
1. Are the AEs always there in Aespa’s stages?
2. It’s better than I expectedㅋㅋㅋ
3. Their arms and legs are so stiff it makes me uncomfortableㅋㅋㅋㅋㅋㅋㅋㅋ
4. Ae-Winter is way too differentㅠ  Please don’t make her appear againㅋㅋㅋㅋ
5. They’re wearing the same clothes even in award shows? Aren’t they getting discriminated against too much?
6. Ah seriouslyㅋㅋㅋ  Please raise the quality ah I’m so embarrassed what is this?ㅠ
7. Why are they so stiff?ㅋㅋㅋㅋ
8. The quality reminds me of the quality of norebangs’ screens…. I can’t get used to itㅋㅋㅋㅋㅋㅋㅋㅋㅋㅋㅋㅋ
9. Ah they’re way too stiff and big. They were so distracting that I got annoyed
10. Where’s the cordi of Ae-aespa?
[theqoo] [2021 MAMA] WANNA ONE STAGE COMPILATION

Energetic + Burn It Up

original post: here
1. Ong, Hwang wow
2. They’re all freaking good
3. Hul Jisung-ssi discharged
4. What’s up with Hwang Minhyun?… He’s too handsome…
5. So the few parts of Lai Guanlin was covered by Park Jihoon. Why do I prefer the OT10 version more..? I don’t know
6. The songs are so good, they’re all refreshing
7. To be honest, Wanna One is f*cking talented
8. Mnet should be sworn at for this, but they were indeed f*cking good…
9. Ah Ong Seongwoo, Hwang Minhyun and Park Woojinㅠㅠㅠㅠㅠㅠㅠㅠㅠㅠㅠㅠ
10. It’s not as awkward as I’ve expected, they’re the same as before
[theqoo] MAMA WHO IS GETTING DRAGGED BECAUSE THEY REMOVED ONE PERSON FROM THEIR COLLAB STAGE ON THE VIDEO THUMBNAIL 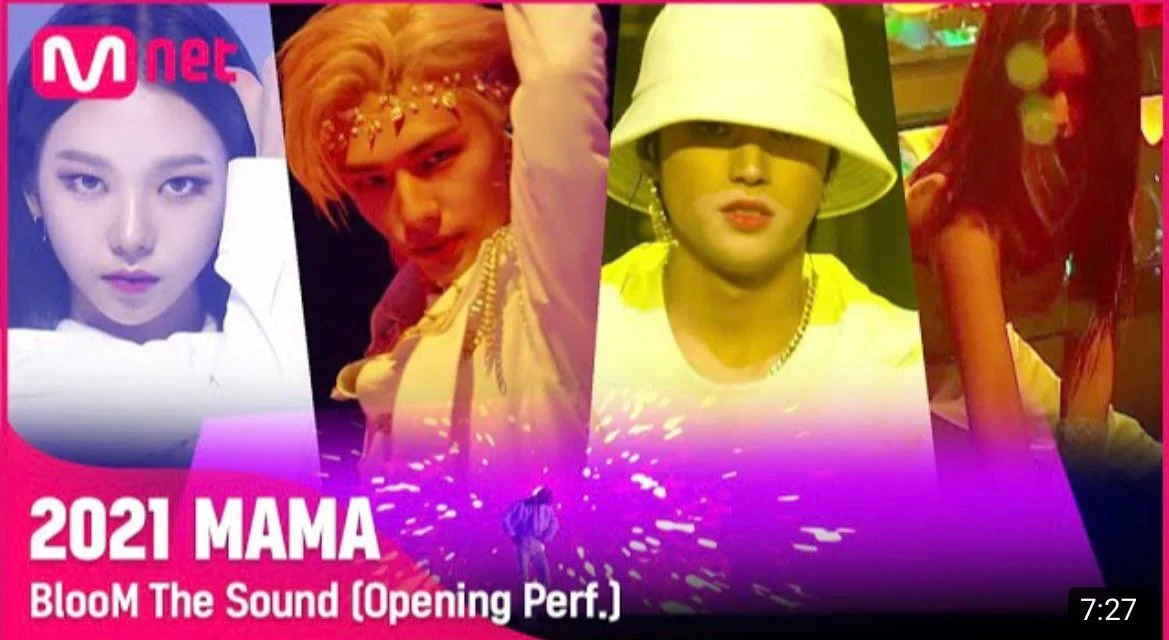 They picked one person per team and they were 6 people, yet the thumbnail didn’t have TXT Yeonjoon. The other one is the silhouette at the bottom on the thumbnail

“They cut the kids’ speech in the middle of it ㅋㅋ쿠ㅜㅜ”
original post: here
1. Fixed it to this 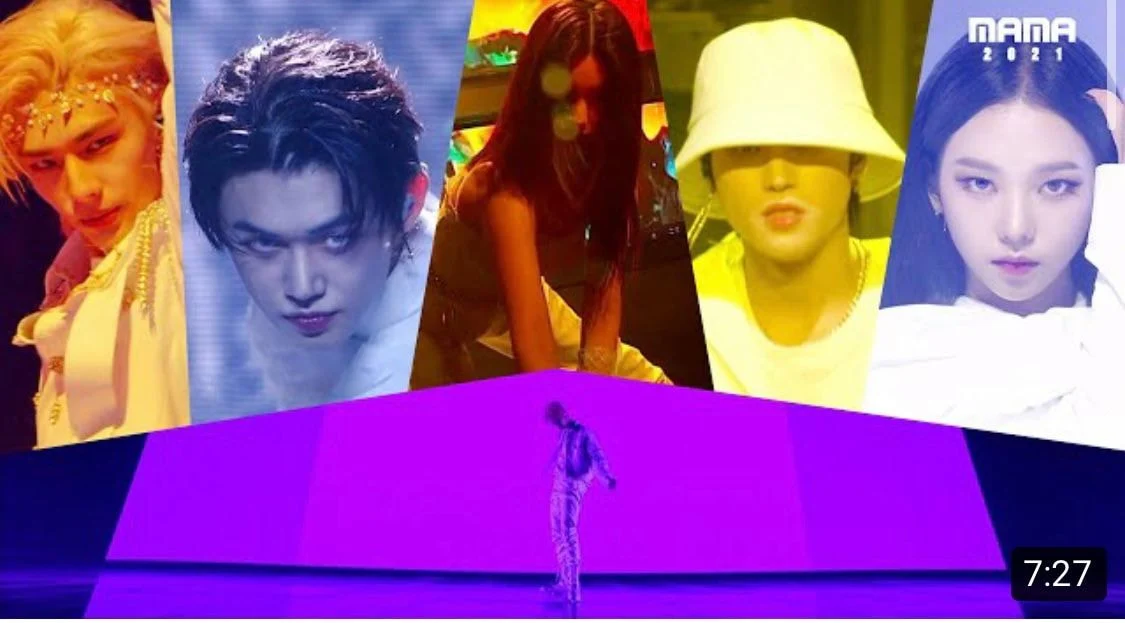 2. Why are they giving huge face shots of 4 members, making one member super small and where did the other one go?

2. Hul why are they doing this in a middle of a speech???? Are they joking??
3. I didn’t even realize that the silhouette was thereㅋㅋㅋㅋ And even the thumbnail made me wonder whether it was really …. I didn’t even know who I was looking at
4. The camera f*cking sucked. And they even cut the speech. Mnet are thugs
5. They’re thugs
6. No but why are they doing this? Even though he’s not my bias, I’m hurt
7. Hul the thumbnailㅋㅋㅋㅋ I’m not even a fan and I’m hurt for them. They f*cking erased Yeonjun and Heeseungㅡㅡ
8. They just changed the thumbnail~
9. MAMA was seriously just overall weird today… The camera was weird too
10. Even the silhouette is f*cking funny, why are they like that?
[theqoo] MAMA OPENING KARINA’S STAGE

original post: here
1. If I’m being honest here, I feel like it would’ve been better if they picked another member to come here
2. I don’t know if this is considered good… But for her fans, they will like whatever she does
3. Wow… I don’t feel the dance one bit
4. Wow this dance was not cool at all… Why are they giving her such a choreography?
5. I thought she was so bad at dancing and I didn’t expect that, but looks like I wasn’t the only one thinking that
6. Her body looks quite heavy
7. She’s the main dancer??
8. If they wanted to go with this dance, they should go with Winter instead
9. Wow you guys are so b*tchy about her, as expected from Theqoo
10. But Karina was never someone who was famous for her dancing no? She’s just the center and visual of her team… Even when she used to be a backdancer before debut, she was so stiff
[theqoo] MAMA OPENING YEZI STAGE

original post: here
1. She killed the opening stage and the dance break during ITZY’s stage too, she’s freaking good
2. Oh she’s good… Even with the sucky camera, I could feel how powerful she is
3. Yezi did the best
4. She’s so pretty and did such a good job!!!! But what’s up with the camera..?
5. The camera should focus more on her, why are they always giving such a weird angle? It’s like they’re trying to get the worse shot
6. She was the best among all the opening stages today, she was the most memorable
7. She’s too goodㅜㅜ
8. ITZY are the best… She was exhilarating
9. She’s so good at expressing herself with her body, but what’s up with the camera?ㅜㅠ  Sigh
10. She’s indeed good, but she’s also so pretty. Her body and her faceㄷㄷ
[theqoo] MAMA RED CARPET’S NCT JAEHYUN’S JOURNALIST PICTURES 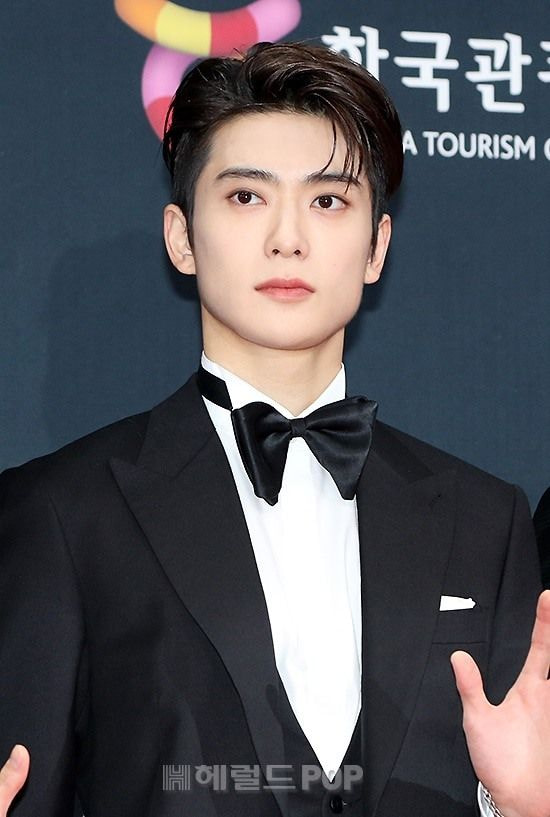 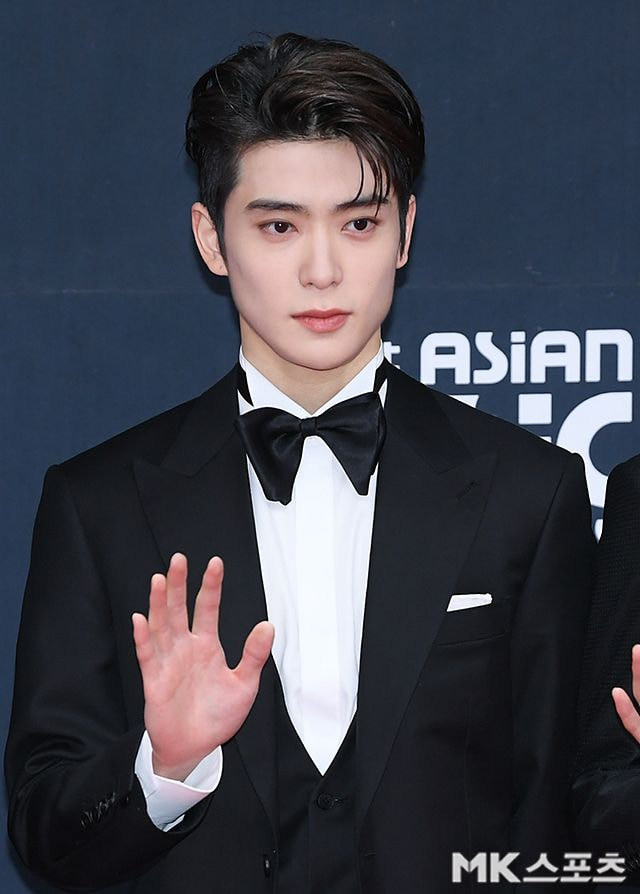 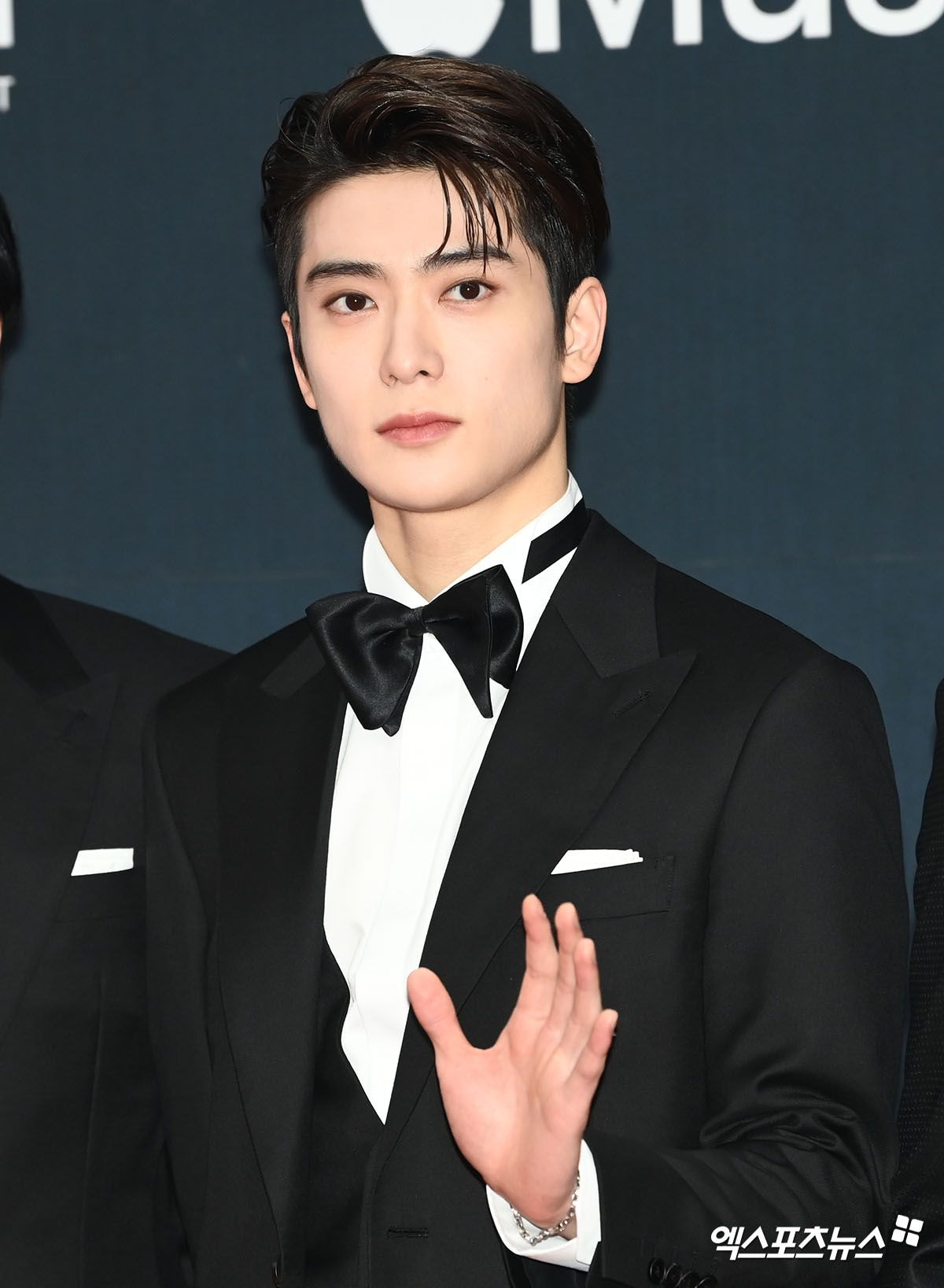 1. That’s today? It’s not an old picture?? He doesn’t age..
2. He’s the actor type
3. Seriously, he’s still unaware he’s going to marry me
4. Seriously he’s the most handsome celebrity I know, and he’s elegantㅠㅠ
5. Seriously Jaehyun has that luxurious vibe
6. Of course he’s f*cking handsome, I clicked the post and I wasn’t disappointed… No but he’s even better than my expectations.. He’s freaking handsome
7. Where’s Jaehyun? I can only see light
8. Wow his jawline is freaking amazing, he’s royalty
9. I love his jawline. His jawline makes him look unique and he looks like he has a lot of money?ㅋㅋㅋㅋ That’s why people call him luxurious
10. Jaehyun’s jawline is handsome
[theqoo] LEE HYORI ARRIVES AT THE RED CARPET 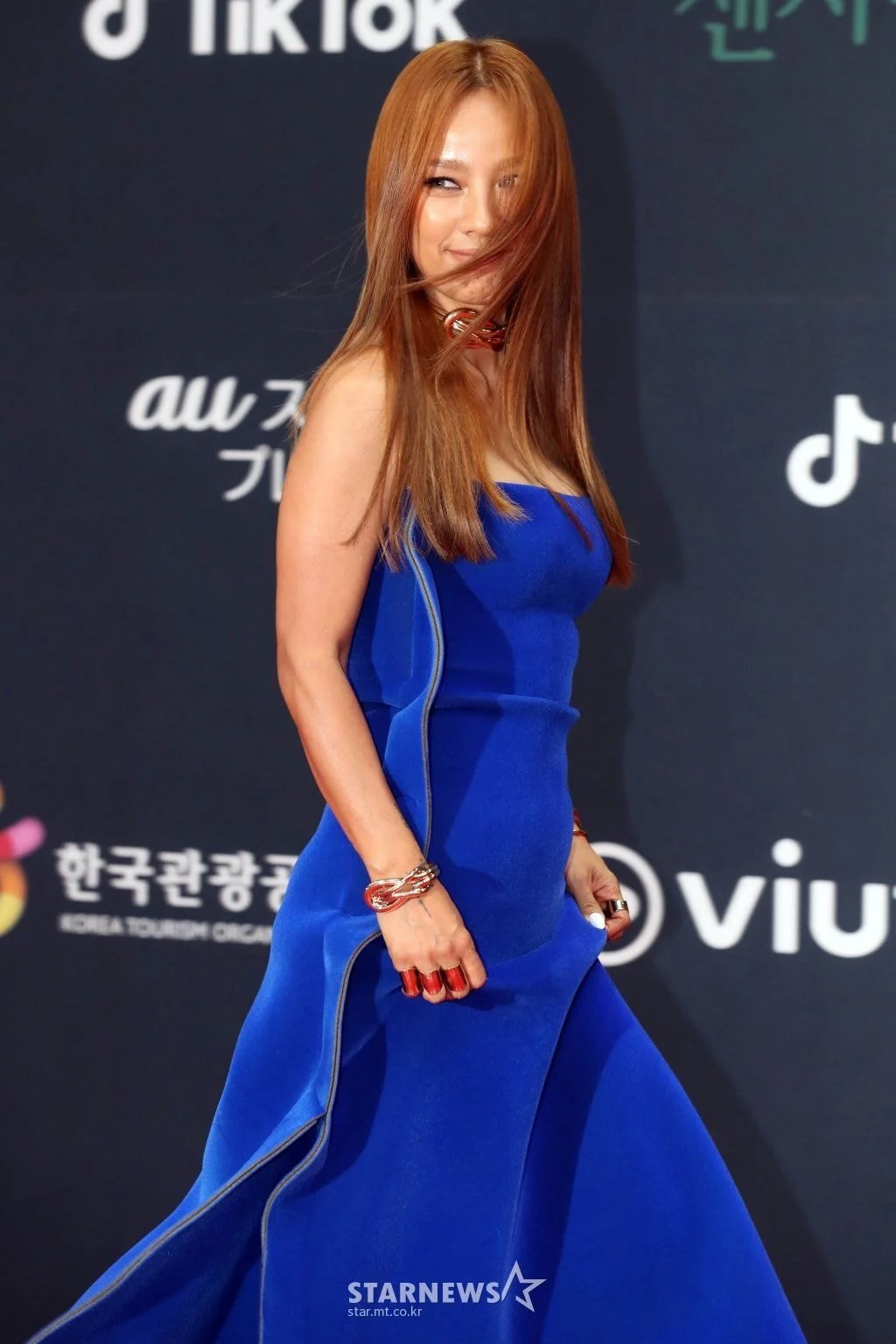 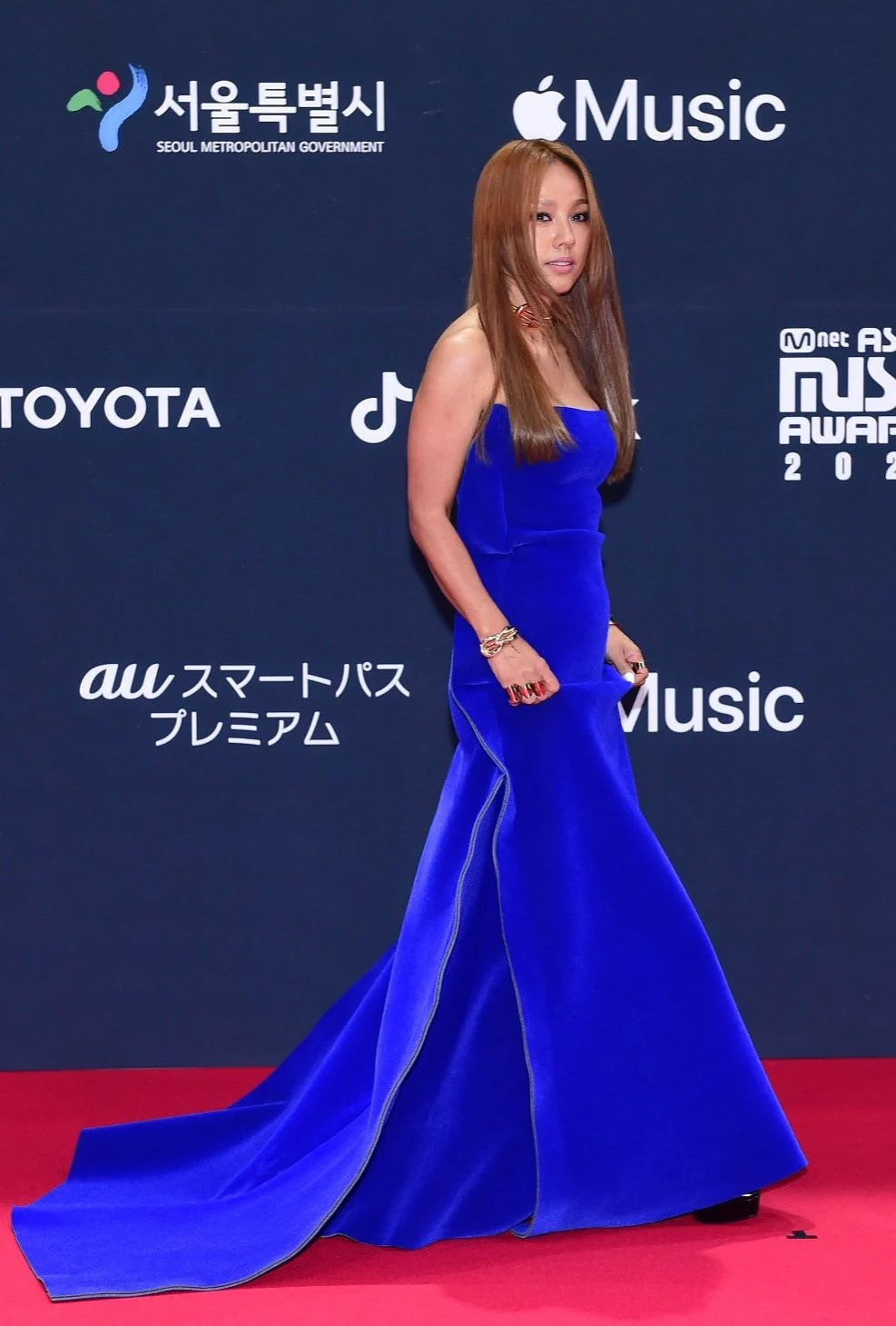 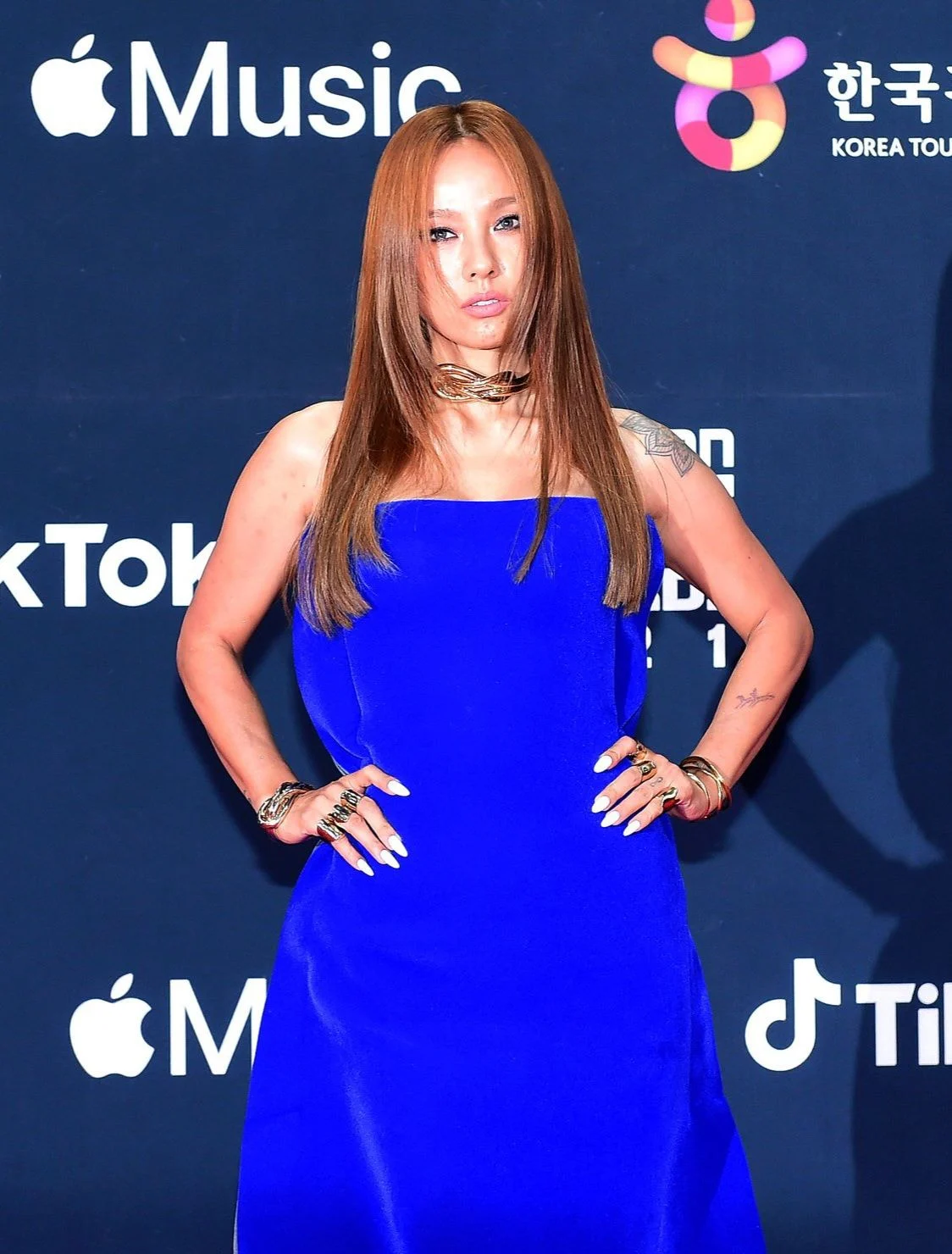 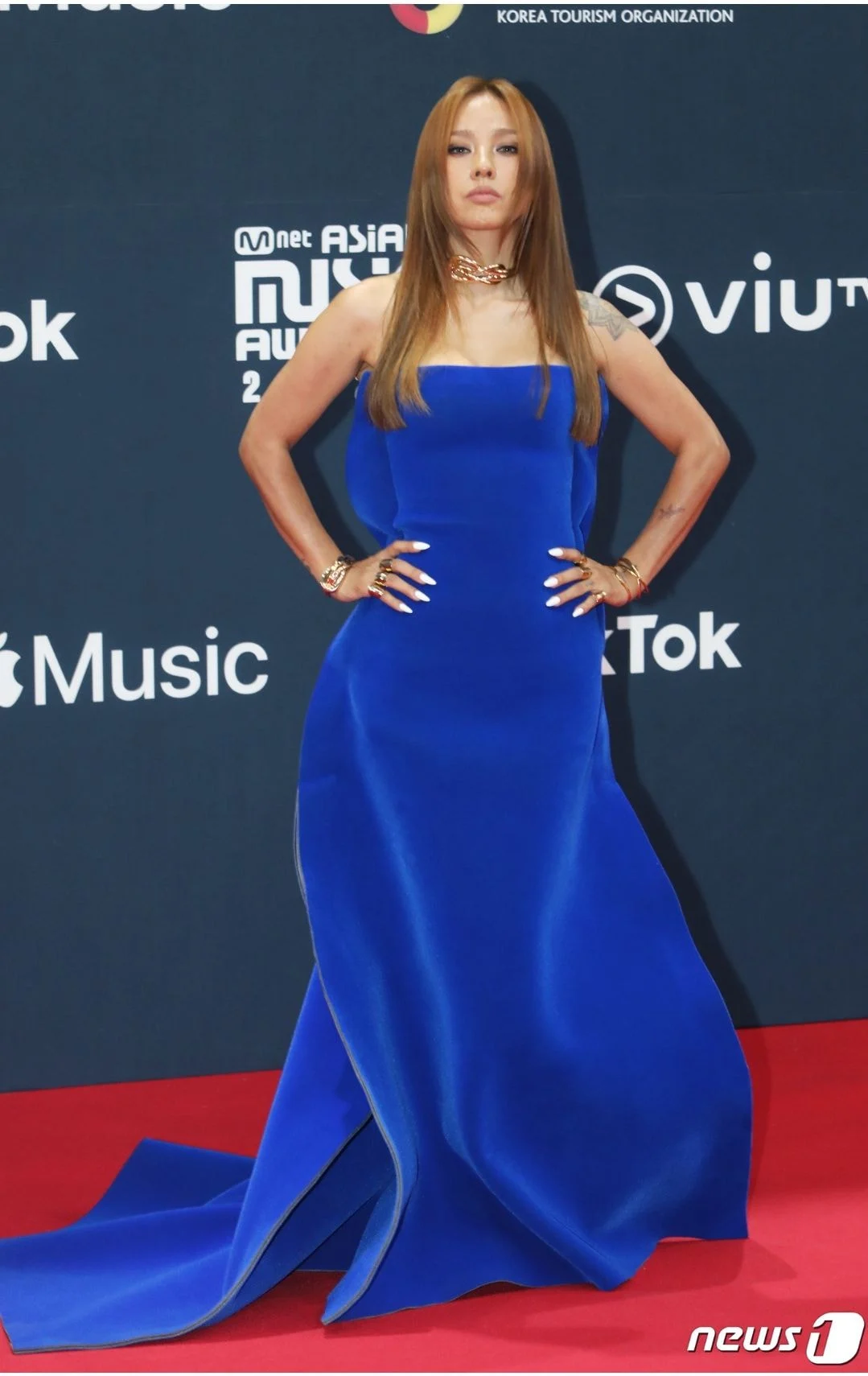 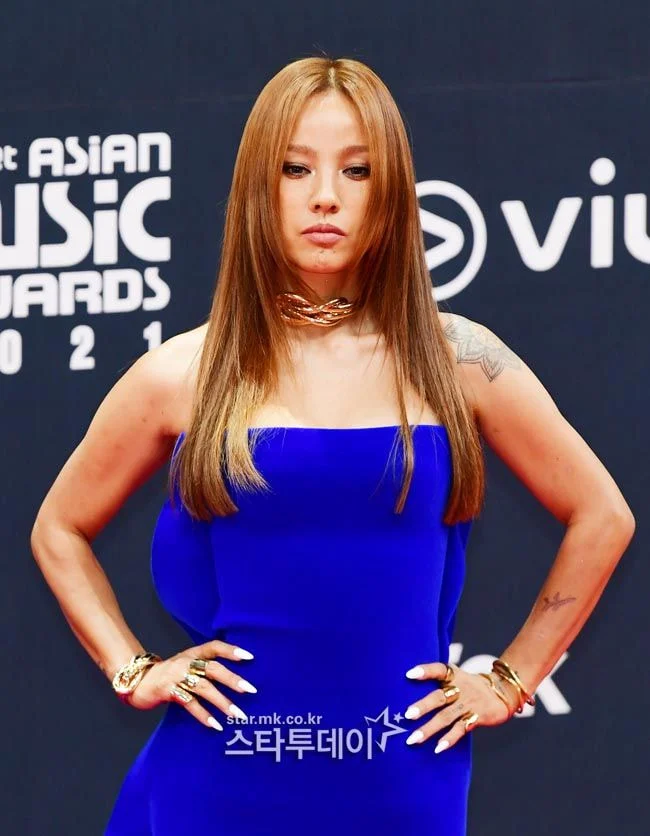 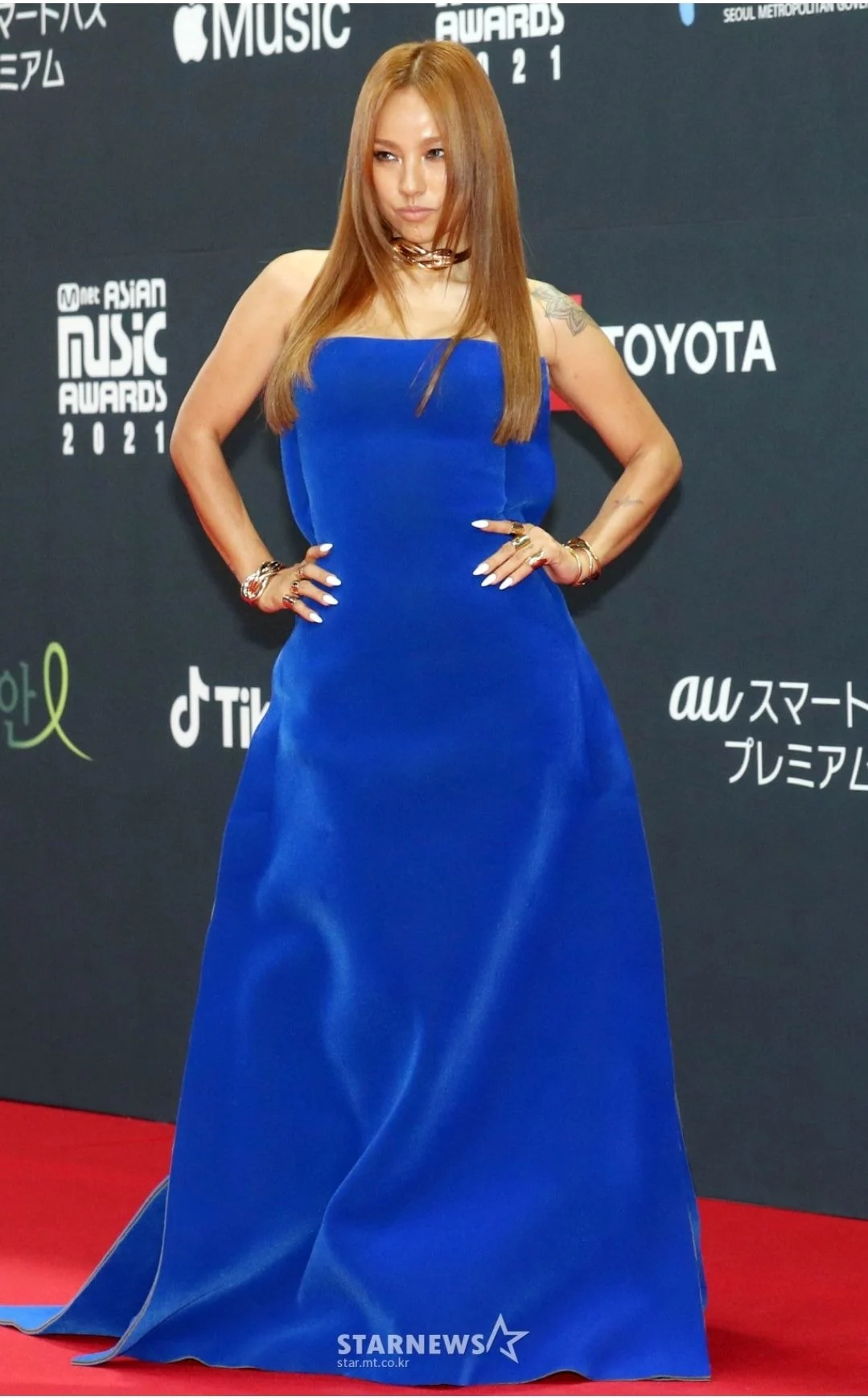 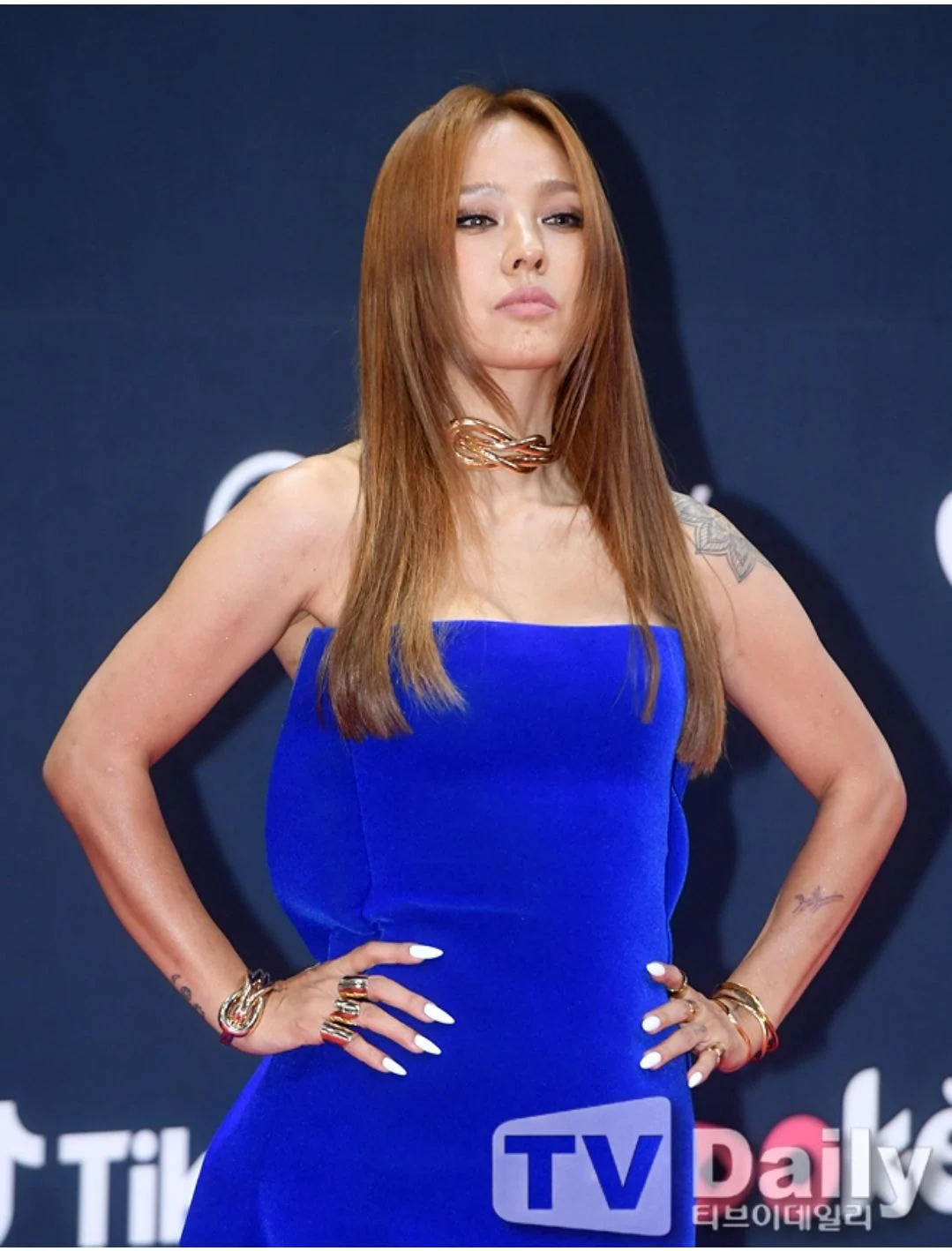 original post: here
1. The hair and maekup are all bad
2. What’s up with the dress??
3. The dress sucks but Lee Hyori is as expected Lee Hyori. Her confidence is just overflowing and her attitude makes her looks like a super star
4. It’s not that she gained weight, but it’s the dress that’s making her look bloated. I was taken aback for a moment tooㅋㅋ  Anyways she’s still the same
5. I’m not even looking at her dress, but how is she not getting older? What’s up with her aura?
6. This unnie aged 10 years backwards
7. Wow but her muscles are cool
8. Super star’s force
9. This isn’t 10 Minutes?
10. Wow her arm muscles are crazy
[theqoo] 2021 MAMA SWF MONICA’S RED CARPET 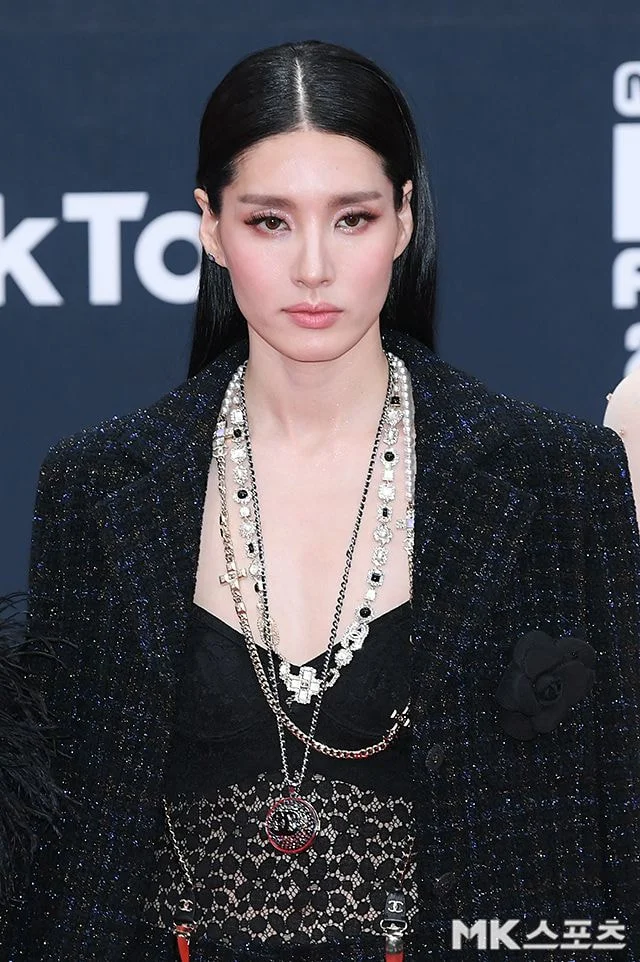 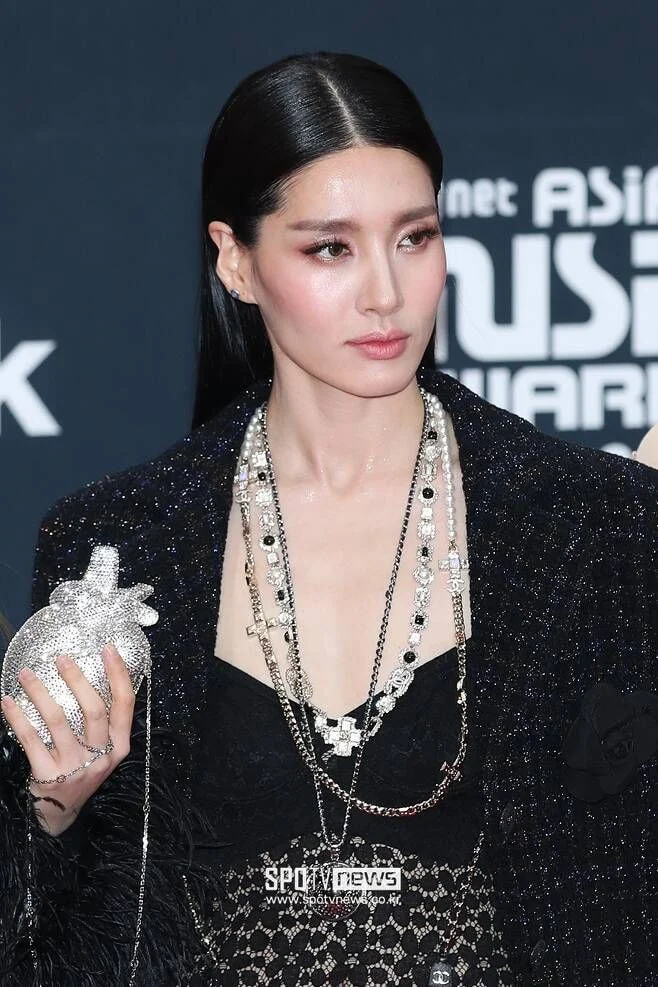 original post: here
1. She’s f*cking cool and f*cking pretty
2. Wow she’s seriously gorgeous
3. Wow… She’s handsome in a cool way?
4. She’s a mannequin… She’s too pretty
5. What’s up with her face? Her features are freaking crazy, especially her jawline
6. Why are there so many cool unnies out there? I’m so happy
7. Wow she looks like an actress, her force is f*cking daebak
8. Wow she’s seriously freaking prettyㅋㅋㅋ Crazy… She’s a celebrity
9. She looks like an actress
10. Wow she gives me Chanel model vibes
[theqoo] OP CHOOSES THE TOP 4 FACE PICKS OF MAMA

Jaehyun
original post: here
1. Yah my eyes are having fun
2. Hwang Minhyun won Face of the year
3. They’re all cleanly handsome❤ I love itㅠㅠㅠ
4. Of course Jeno is handsome
5. How can Jeno’s name even be Jeno?
6. Jaehyun… That guy is an actor right?
7. Looking at Hwang Minhyun and Jaehyun’s faces, I realize that I have a type
8. Every time Hwang Minhyun and Jaehyun’s pictures are next to each other, I can’t breath
9. Hwang Minhyun is so f*cking handsome that I got shocked. He’s too handsome
10. Wow Jeno grew so wellㅠㅠㅠㅠㅠ  Everyone is so handsomeㅠㅠㅠㅠㅠ  Mansae to our country ㅋㅋㅋㅋㅋㅋ
[theqoo] THE ARTISTS WHO WON ALL THEIR NOMINATIONS AND MADE AN ALL-KILL DESPITE NOT ATTENDING MAMA IN 2021 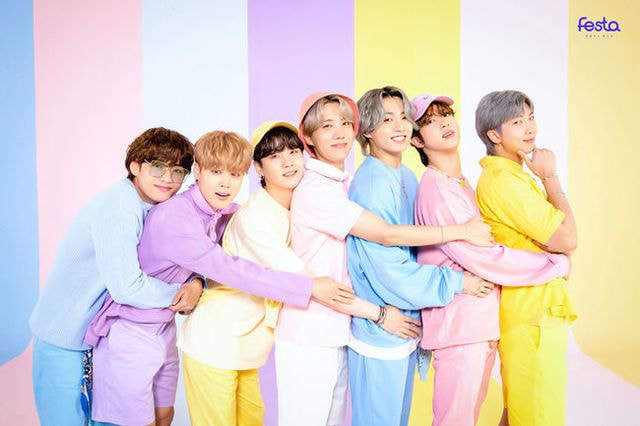 1. They’re living legends congratsㅋㅋㅋㅋㅋ
2. Isn’t the song of the year supposed to be Aespa or IU? This is unexpected
3. Bangtan congrats💜💜💜💜💜💜💜💜
4. Living legends
5. Bangtan are opening a new chapter, I’m even looking more forward to them. Let’s go far kids
6. I’m not a fan but this was so expected… They’re this universe’s star right now
7. Bakbak congrats congrats
8. I’m so happy congrats Bangtan💜💜💜💜💜💜💜
9. But I acknowledge that there’s no other teams that deserves those awards aside from Bangtanㅋㅋㅋㅋ
10. MAMA was like this last year too, they actually award based on the scores