Is he a crazy monkey?

Karina is clearly better than him

post response:
[+242][-124]
original post: here
1. [+146, -25]
To be honest, it’s not like Karina was praised a lot for her dancing up until now but she’s been hated on like crazy while this guy had his controversy but on the other hand, had a bunch of comments acknowledging his dancing. He’s dancing like this and still, nobody is hating on himㅋㅋㅋ seriously, the life of a female idol is so hard. Pann-girls’ double standard is just a fact
2. [+122, -21]
He’s dancing like this and still get to hear people saying that he danced well and that he’s legendary while Karina is being f*cking bashed on the post in the featured talksㅋㅋㅋㅋㅋㅋ Pann-girls’ mentality of ‘a woman is another woman’s worst enemy’ is f*cking severe. Stop bullsh*tting about women’s rightsㅋㅋ you guys are the epitome of female idols’ killers
3. [+108, -20]
School-violence bugs are praising him while going “I don’t know~ Pann is being ran by SM fans”ㅋㅋㅋ 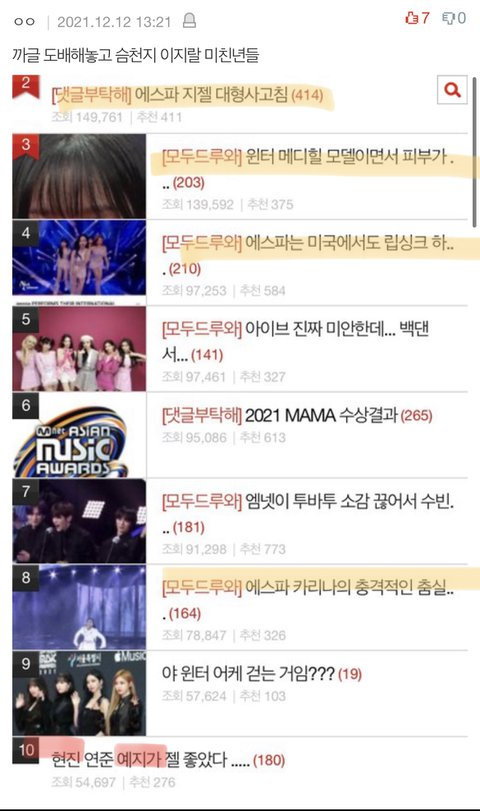 “- Aespa Giselle’s colossal f*ck up
– Winter is being a model for Mediheal while her skin is…
– Are Aespa going to lipsync even in the US?
– Aespa Karina’s shocking dance skills”
4. [+46, -38]
But I’ve seen few posts and a lot of comments praising him for his dancing and expression… Regardless of his school violence past, can you really bash him for his dancing…? There were a lot of people praising his dance even before his scandal. I don’t think that a post like this one is fair
5. [+45, -19]
Hyunjin dances way better than Karina though, just from this gif alone
6. [+42, -12]
Yeah whatever