” “– When the Earthquake video came out, there were already people expressing their worries about the title and content of the lyrics so could this really be something the members were not aware of? I’ve always known that SM managed their artists loosely but this time, I can really tell.

Also, they have a members from Japan and China which frequently have earthquakes so they can still say those things lightly
– I’m an NCTzen and I love this group. But I’m just wondering why they have a song like this. Especially Yuta, how does he feel singing this song?
They also have this scandal on top of it.
There are a lot of people who are shocked by earthquake news in Japan and who feel anxious when an earthquake happens. Even right now, earthquake is a frequent occurrence in various parts of Japan.
I’m seriously disappointed.
I want them to get rid of the song.
Also, I think that their thoughtless behaviour is very regrettable.
– They apologized because the earthquake happened in Jeju but think about what would happen if it was Japan? I get that they need to earn money but they shouldn’t hurt their fans’ feelings. They couldn’t grasp this concept and even had laughing noises in the song. Japanese people can’t resonate with this so I was really shocked.
– Some of the fans were reluctant to listen to the song called Earthquake
– NCT are good at singing and dancing and have a lot of good songs but their behaviour are a bit problematic” 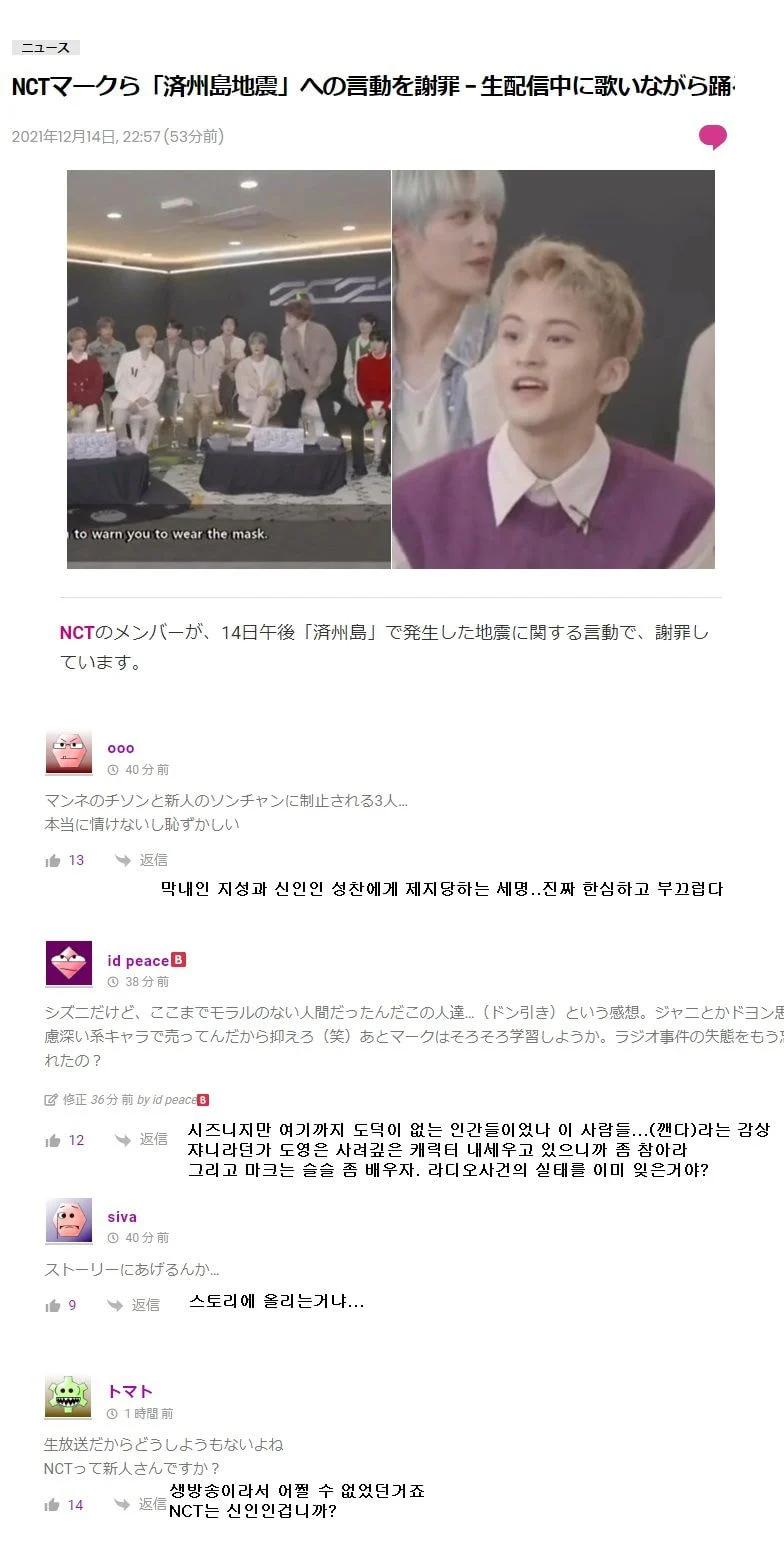 “- Marknae Jisung and rookie Sungchan stopped the three people.. this is seriously pathetic and embarrassing
– I’m a NCTzen but but these people have no ethics… I’m turned off by Johnny. And Doyoung pushes his considerate character so much so just stop. Also, Mark should start learning a few things. Did he forget about the radio scandal already?
– Are they uploading these on their stories..
– It couldn’t be helped since it was a live broadcast. Are NCT rookies?”
original post: here
1. The Insta story apology is so funny
2. Looks like they have the same reaction as Korea’s
3. It doesn’t matter your nationality. If you have common sense, you can’t help but think that they are brainless for dancing to an earthquake message. The 24 hours apology is also ridiculous. But to the people who are shielding them…ㅋㅋㅋㅋㅋㅋㅋㅋ you guys are obsessed with idols. Let’s not throw away our conscienceㅋㅋㅋㅋㅋ
4. Japan has all the rights to be mad
5. 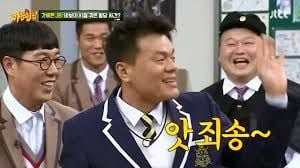 6. At least we know from whom their fans are learning from

7. Isn’t Mark a rapper? Looks like he’s gonna make some diss track calling his Korean haters “knets” or something later onㅋㅋㅋㅋㅋㅋ
8. But seriously, who are they?.. it’s my first time seeing them
9. The choice of platform for their apology is just not it. Seriously whose idea was it?
10. Their words and actions are just so thoughtless
11. Interesting, their reactions are so similar to ours. I thought that the comments were explaining their comments
12. They have no personal recognition so it’s sad and funny how the whole group is getting hated as a result..ㅋㅋㅋㅋ
13. They are shielding this saying that there wasn’t much damage made by the earthquake but it’s a fact that they made a mistake
14. I-roaches are saying “knetz, cancel culture is f*cking toxic” every day but they are the biggest problems themselves. They are even babying them in this situation, seriously
15. I honestly don’t understand what they were thinking when acting like that