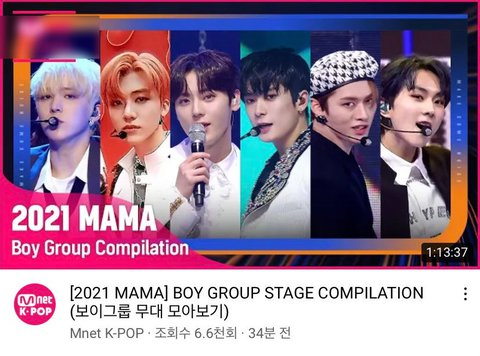 Their award speech got cut off, during the dance break, the music was delayed so both the dancers and parties concerned were mad and they left out Yeonjun from the opening thumbnail. But all this time, I tried to think positively and thought that it was just a mistake but seeing how they are like that even once the show ended shows that it was intentional

post response:
[+276][-8]
original post: here
1. [+96, 0]
To be honest, seeing how they had no issue with the other HYBE groups, I can’t think of another reason than they are just showing their annoyance to the groups from BTS’ company because BTS decided not to show up. I’m not sure about HYBE but they for sure have an issue with Big Hit
2. [+89, 0]
At this point, you can tell that everything they did towards TXT was intentional..ㅋㅋㅋㅋㅋ 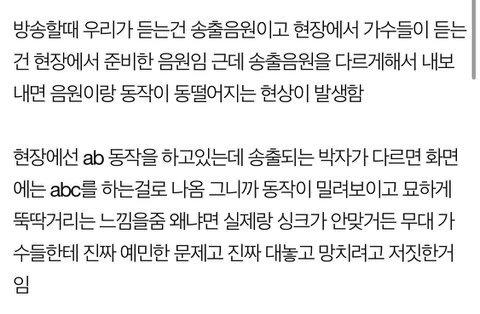 “When they were live, what we heard was the transmitted music and what the singers heard on stage was the music they prepared on the spot. But since the transmitted music was different, so once it’s broadcast, you can see the gap between the music and the movement.
They are doing movement ‘ab’ on stage but if the broadcasted beat is different, the screen will show that they did ‘abc’. So the movements look delayed and strangely stiff because it is not synced with the real time music. This is seriously something that singers are really sensitive about and they are seriously doing this to ruin them in front of everyone”
3. [+79, -1]

The other things aside, shouldn’t they apologize for the delayed transmitted music? If all the groups had that issue that day, I would’ve just thought of it as a severe mistake but this has to be intentional. It’s due to their own incompetence

4. [+40, 0]
I’m writing this because people will say things like “so and so wasn’t included in the thumbnail either” or that “so and so got shitty camera work too”. Of course, mistakes like these happen a lot during award ceremonies, especially the shitty camera work. TXT also was a victim of it many times. But the reason why we’re calling this intentional is because they were hit by everything you would call a “mistake” at once and even their company responded
5. [+36, 0]
ㅋㅋㅋㅋㅋㅋㅋㅋㅋ they changed itㅋㅋㅋㅋㅋㅋㅋㅋ Mnet, just die 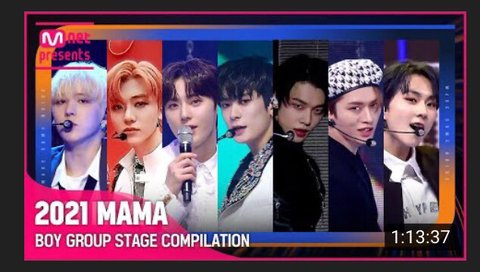