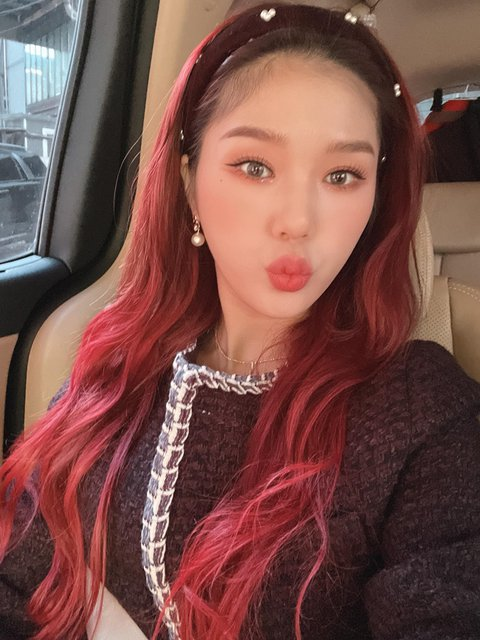 Because she stimulated her fans, her dark past video even showed up on Youtube recommendation 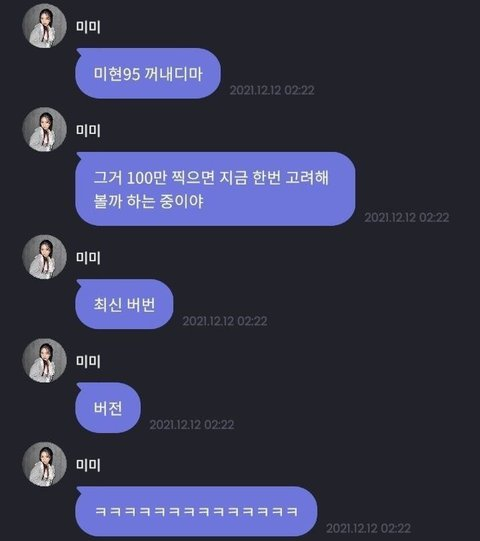 – Don’t touch Mihyun95
– I’m considering what to do now that it reached 1M views
– A new version?
– ㅋㅋㅋㅋㅋㅋㅋㅋㅋㅋㅋㅋㅋㅋㅋ
Mihyun95 = When Mimi was in middle school, she released an audition tape and it became her dark past video
Minhyun95 is a term created from her old account ID algus95 (she’s a 95’er)
Anyways, after her video was found, her fans all swamped in and they’ve been telling her to requesting her to do a cover of it
She said that she’ll do it if her video reaches 1M
(it was at 840K views)
(we have until this Sunday) 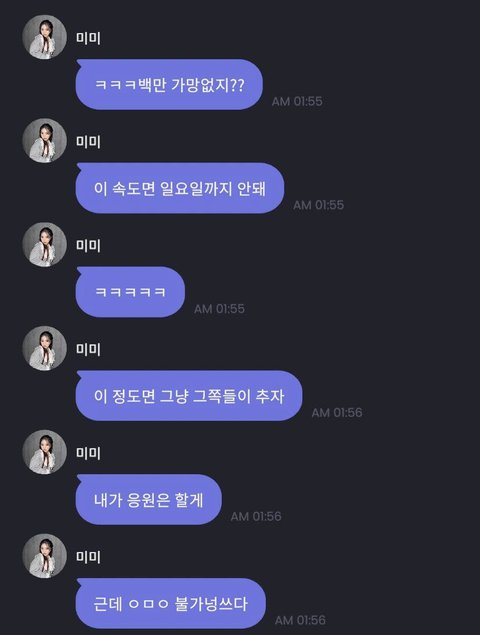 ㅋㅋㅋ 1M is impossible right??
At this speed, you guys won’t reach it by Sunday
ㅋㅋㅋㅋㅋ
At this rate just let you guys dance to it
I’ll support you
But (t/n: not sure if she’s using ㅇㅁㅇ as an emoji or abbreviation) it’s impossible
However, 2 days later, it rose by 30K to 870K
Mimi teased the fans saying it would be impossible so they got motivated to win 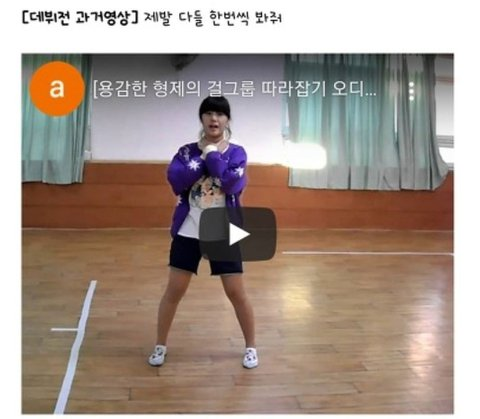 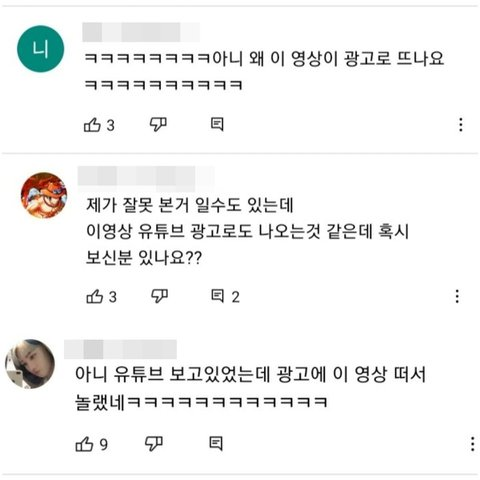 – ㅋㅋㅋㅋㅋㅋㅋㅋㅋNo but why is it in my Youtube ads?ㅋㅋㅋㅋㅋㅋㅋ
– I thought I saw wrong, but I think I saw this in my Youtube ads, is there anyone else??
– No but I was watching Youtube and this appeared in the ads, I got shockedㅋㅋㅋㅋㅋㅋㅋㅋㅋㅋㅋㅋㅋ
They even used it as Youtube adsㅋㅋㅋㅋ 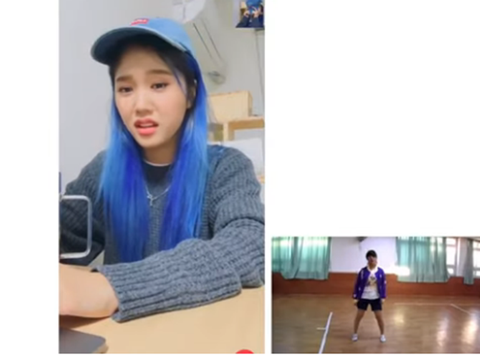 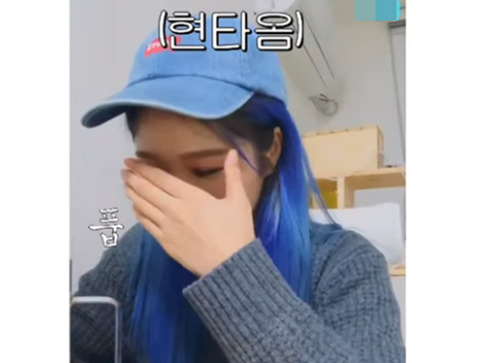 This is the link