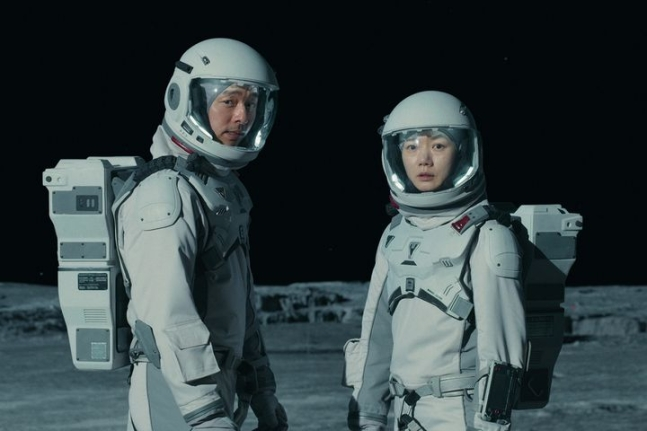 The Korean sci-fi drama ‘The Silent Sea’ was described as a “failure” by foreign media. Previously, this foreign media praised Korean Netflix original dramas such as ‘Squid Game’, ‘D.P’ and ‘Hell’bound, giving them 4.5 out of 5 points.
Hong Kong’s South China Morning Post (SCMP) on the 24th (local time) released an article “K-drama review: The Silent Sea – Netflix sci-fi series starring Bae Doona and Gong Yoo is the latest fail in Korean attempts to nail the genre”.
The media criticized, “Adapted from the 2014 short film The Sea of Tranquility, this eight-part series kicks off with a first episode that’s one of the worst hours of TV this year.” They continued, “South Korean storytellers are at the vanguard of modern entertainment, but one area where they have long struggled is science fiction.”.
The media pointed out that “One of the great selling points of Korean stories is their endearing sentimentality, but applying that to science fiction is a careful balancing act that few can pull off.”. The media said, “The sci-fi ideas that The Silent Sea tries to explore early on become watered down to the point of abstraction to make room for its emotional conclusion. They even found a way to make it snow on the moon.”
Meanwhile, on the 26th, according to Flix Patrol, a global online video service (OTT) platform content ranking site, The Silent Sea took 7th place among TV programs around the world. It gained less interest than Squid Game or Hellbound, but it stills shows increasing popularity around the world and continuing the myth of K-drama box office.
The Silent Sea is the story of elite crew members who went to the lunar research base to solve problems in a resource-depleted future. Actors Bae Doona, Gong Yoo, Kim Seonyoung, and Lee Jun are featured, and Jung Woosung took charge of the production. 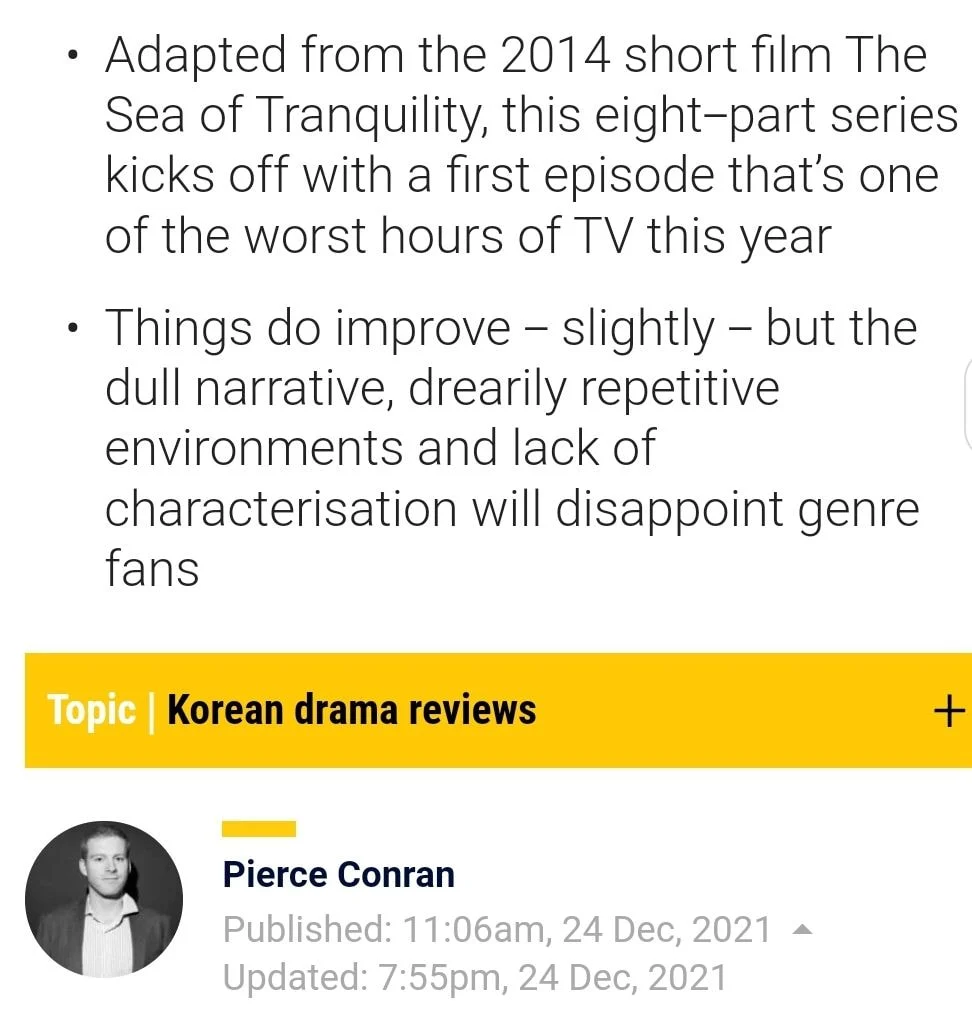 original post: here
1. [+2,362, -34]
Jung Woosung as the executive producerㅋㅋㅋ
2. [+791, -18]
I’m a sucker for the Sci-fi genre… But having Jung Woosung as the executive producer… *scratches head*
3. [+491, -23]
Whenever Jung Woosung touches something or appears himself in something, it’s a definite flop
4. [+224, -9]
No matter how much you want to make it a Sci-fi, if there’s nothing scientific about what’s happening, it just looks reckless
5. [+212, -15]
The executive producer is the issue ehre…
[theqoo] FOREIGN MEDIA PRAISED SQUIDGAME “THE SILENT SEA, KOREA’S NEW FAILURE”
(repeat of the article above)
Meanwhile, those are the ratings they’ve given out so far:
Jirisan – 1/5
The Silent Sea, Penthouse3 – 2/5
Hospital Playlist2 – 2.5/5
Hometown Chachacha, My Name – 3/5
One Ordinary Day, Happiness, Doctor Brain, Yumi’s Cell – 4/5
Hellbound, Squid Game, D.P – 4.5/5
original post: here
1. It was indeed boring, I only rate on shows based on the enjoymentㅋㅋㅋ They had so many unnecessary dialogues that never ended and there were a lot of tiring scenes too. A lot of people said it was messy and not enjoyable. It was like listening to a teacher’s lesson, freaking sleepy
2. If you make too many mistakes in the Sci-fi genre, it just looks clumsy…. Foreigners produce lots of sci-fi so they probably know best
3. If you want to produce Sci-fi, but don’t develop your own scientific framework, of course you’d receive a lot of criticism
4. I didn’t have any expectations when going it and I was able to sit through the entire thing, it was enjoyable for me
5. I enjoyed it thoughㅋㅋㅋ
6. I feel like this will be a hit or miss. I’m enjoying both Squid Game and The Silent Sea
7. It was f*cking good
8. I hated Squid Game, and I prefer The Silent Sea
9. I enjoyed itㅋㅋㅋ Everyone’s acting was so good and this is the most enjoyable thingㅋㅋ
10. Their pseudo science was indeed severeㅋㅋ