Ah, this makes me cry… I’m not a Pringie but I’ve always found Freezia likable and my heart hurt seeing her receive all those personal attacks..

People get called out for being her shinyeos (t/n: extreme fangirl) whenever they try to defend her, but now she released a written apology and video apology, can we all forgive her? 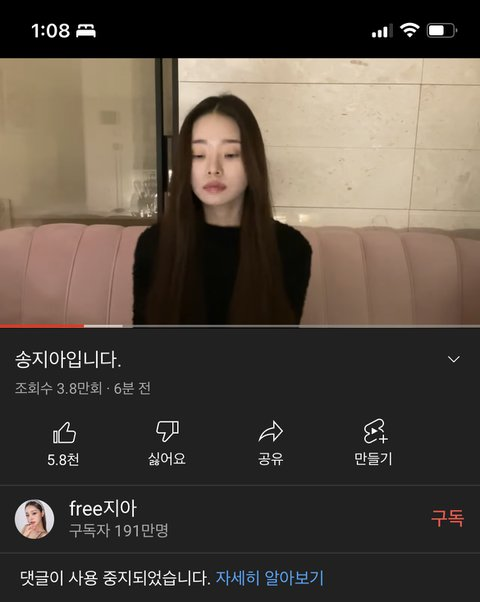 [+229][-95]
original post: here
1. [+295, -19]
Seriously people are swearing at her like they swear at DUI, gamblers and scammers? There were nothing but Freezia posts on the trending for daysㅋㅋㅋㅋㅋ You guys need to stop
2. [+231, -17]
Of course, she’s in the wrong for using fakes and it’s not something that is resolved yet, but I really think the media should take another position in this… It looks like people are determined to k*ll someone here
3. [+189, -23]
She’s already acknowledged wearing fakes and apologized, at this point it’s just inferiority complex and bullying
4. [+127, -3]
Kim Hyunwoo who almost became a murderer for doing DUI 3 times didn’t receive as much hate as her, what’s the reason? To be honest, after after Kim Hyunwoo’s controversy, I’ve only seen posts fangirling on himㅋㅋㅋㅋ He even got to open a new store, appeared on broadcast again, etc. Of course, she deceived her subscribers, got addicted to fakes and inflated her vanity, which she’s definitely at fault and it was thoughtless of her… But she’s not distributing those fakes, she’s just consuming them and it’s not even illegal while DUI isㅋㅋㅋㅋ I’m not saying consuming fakes is a good thing, but you guys are misdirecting your hate if you want to k*ll someone with it, it shouldn’t be Song Jia but someone else
5. [+111, -0]
The most f*cked up thing in all this is those bast*rds who started uploading these kinds of videos. This is getting f*cking serious. They’re going with those clickbait thumbnails just for views. Those f*ckers think they are worthy of hating on Freezia and are blinded by views 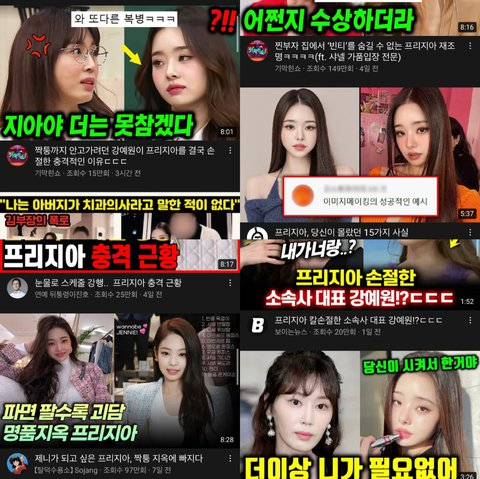 [theqoo] FREEZIA’S YOUTUBE APOLOGY + TEXT
“Hello, this is Song Jia. First of, I’m sorry for uploading this apology video so late. And I apologize for the worry I have caused to people.
I acknowledge the use of counterfeit products, which has been controversial recently, and I admit that everything is my fault. As a YouTuber, I should have been paying attention and more careful in all my actions, but I would like to apologize for undermining the value of the brand and disappointing many people who support me.
At first, I just bought them because they were so pretty, and it seems like they were loved by many people, I couldn’t grasp the whole situation and ended up falling for them more and more, now I feel regretful and really pathetic when I think of my past. In retrospect, when many people love me, I should have worked a little more inside and looked back, but I couldn’t. I am really regretting and reflecting on it, I’m sorry.
After the recent controversy over counterfeit goods, I reflected on everyone’s advice and criticisms every day, realizing my shortcomings, and living with regret and reflection. I’m sorry.
And because of me… The fans who love me and my family have been hurt so much because of my mistake, so I am feeling even more deeply about this issue. It’s all my fault, so please stop blaming my family. I’m sorry.
I wanted to let you know that my feelings for Pringies (subscribers) have been sincere ever since the beginning of my YouTube life, but right now even this have became something people are accusing me of faking and Pringies seem to have gotten hurt by it… I want to tell you that it was really sincere. I’m sorry.
First of all, I will make everything on this channel I run private and give myself time to reflect and reflect again. And I will hold myself accountable for my mistakes until the end. I’m sorry.”
original post: here
1. Of course you can be disappointed in Freezia and even hate her after what she did… But now people are bullying someone to the point of leaving hate comments again and again. I’m seeing a lot of people are saying “I don’t think she got this much hate”. I don’t think you guys don’t see the criticism as hate, rather it seems like you guys want Freezia to get even more hate than this
2. Nowadays seriously… People seem to be aiming for someone to be k*lled, I’m not only talking about Freezia, but people are swearing at others as if they were objects, I don’t understand how people can getting this worked up?
3. Just live a better life now that you know what you did wrong. With all the rumors around her, I’m starting to feel bad
4. She suffered. Her hate was becoming over the top, she looks terrified
5. To be honest, if you’re still hating her after all this time, you’re just showing your inferiority complex
6. Ah can everyone just stop already
7. To the kids saying “She didn’t even get that much hate” do you guys not go on Internet?ㅋㅋㅋ Seriously have some shame..
8. Is she going to clarify to Chinese too?
9. No but seriously stop it everyone, what do you want her to do more?ㅋㅋㅋ Cut it down with the hate
10. Go hate on real criminals. You guys are shutting your mouths against real criminals, and obstinate with your hate here
[theqoo] FREEZIA REMOVING ALL HER YOUTUBE VIDEOS IN REAL TIME 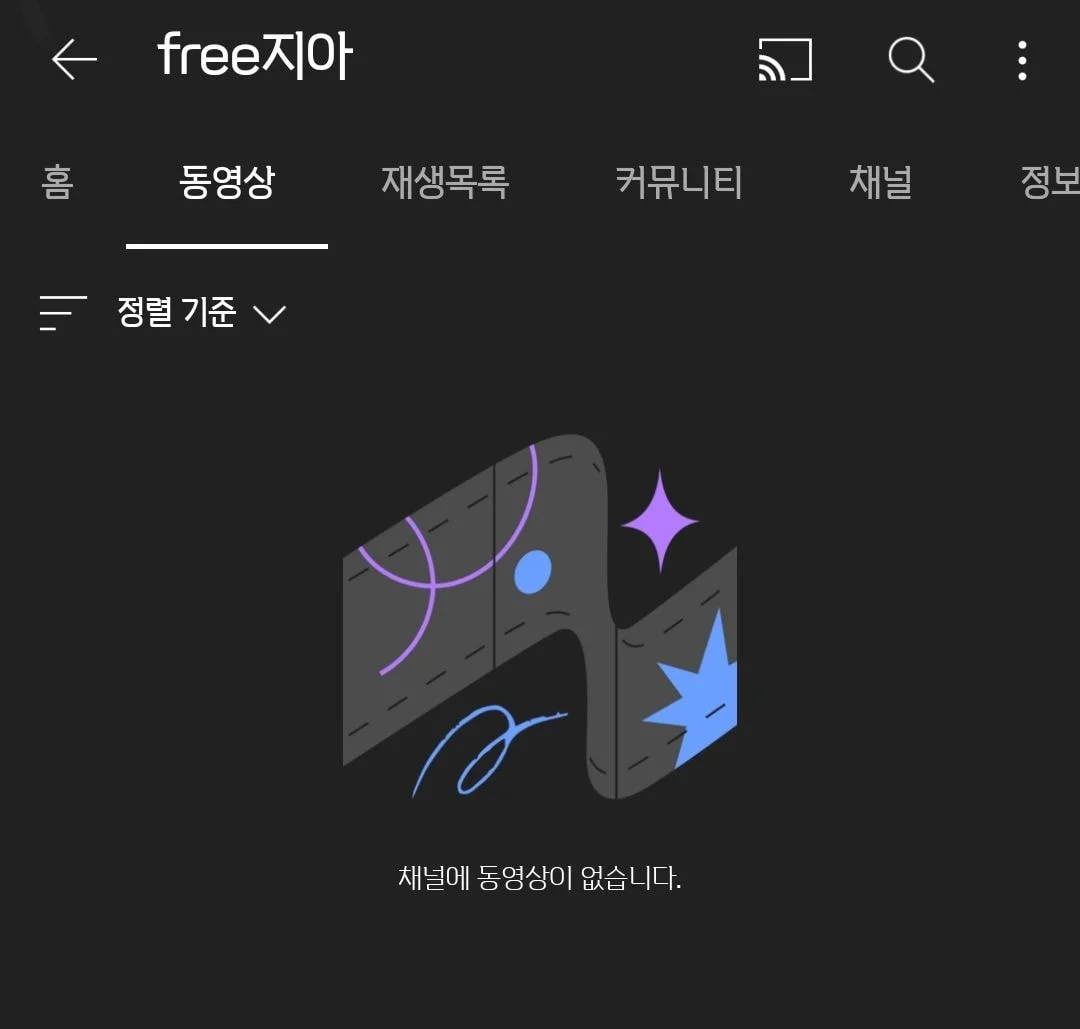 1. I do pity her a lot
2. To the people feeling bad for her… just why are you pitying her for?
3. People calling this the “natural consequence of her actions” to justify their hate comments are hilarious ㅋㅋㅋㅋ
4. What’s pitiful about this?ㅋㅋㅋㅋㅋㅋ seriously…. I have a lot to say but won’t say anything
5. She screwed up herself so what’s pitiful about her….? Was everything based on rumors?
6. She indeed should remove the videos containing fakes but I wonder why people pity her? Seriously, the shields are impressive. She already made money with the fakes she wore so it’s not like she will give back all the money made. She’s not deleting the videos but just privating them no?
7. Just mind your own lives first. You guys are disgusting
8. What a shame…
9. The natural consequence of her actions
10. She really has a lot of shinyeos..
11. Seriously pitiful..
12. Seriously severe. Even when she removed all her videos, the comments are hating herㅋㅋㅋㅋ;; what a sight, you guys are disgusting
enter-talk, theqoo