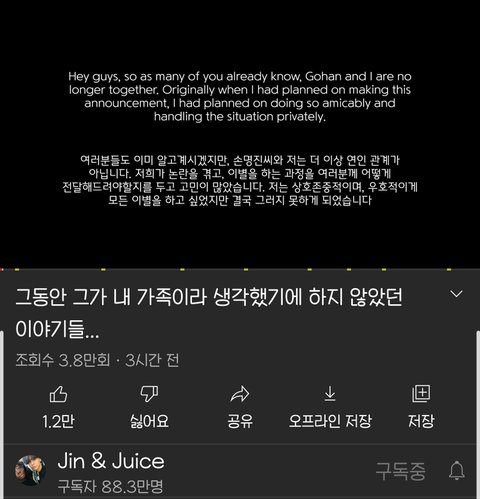 What in the hell is happening
post response:
[+128][-1]
original post: here
1. [+236, -3]
A Hannam pulled a Hannam
2. [+212, -0]
[summary of the video]
3. [+146, -0]
There are lots of foreigners watching that channel too, what a national embarrassment
4. [+117, -0]
The baby was crying because their dad wasn’t there and they even sent him to the emergency room. Whenever Cerose mentioned that, he would always push back the dates. Anytime Cerose said something he would be like “2 weeks? ok” “4 weeks” “6 weeks” and threaten them like that. It’s quite funny.. How dare he seriously? He can’t even take responsibility over the own kids he brought to this world meanwhile he’s using them to vent on the assault that his dad did to himㅋㅋㅋㅋㅋ He became the Hannam who makes others go through what he went through by hitting his wife ..^^ And he claims that the fact she found it funny that he had the Pucca hair was assault and he was yapping nonsense about the chopsticks in his bu**le. I already knew something was off at that time. It’s an embarrassment to Korea
5. [+79, -0]
But why are Korean men like that?????? Why would you fight with you girlfriend and then brag about them having a toxic relationship to paint themselves as a victim?????? Me too I dated a Hannam bug and I had such a hard time because he blamed me for everything…. S*xual assault was the basics but that Hannam bug even got his relatives involved to swear at me, I f*cking hate him
6. [+58, -1]
About the burn marks the man claims he had 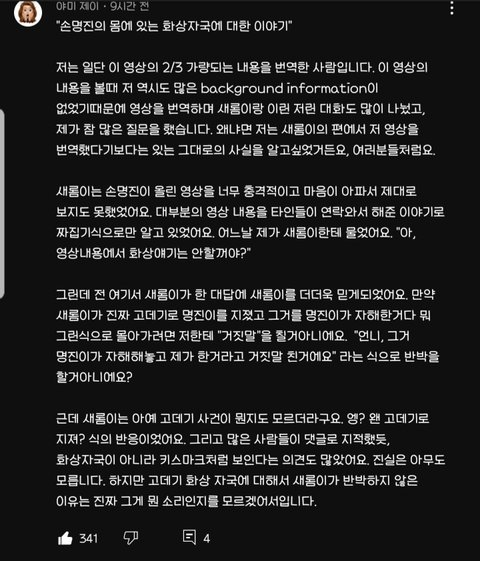 “”About the burn marks on Son Myeong-jin’s body”
First of all, I am the person who translated the contents of this video. When I saw the content of this video, I also didn’t have much background information, so I had a lot of conversations with Saerom while translating the video, and I asked a lot of questions. I wanted to know the facts as they are, rather than translating that video on Saerom’s side. Just like you guys.
Saerom couldn’t even watch Son Myeong-jin’s video because it was so shocking and heartbreaking. Most of the content of the video shown in a scrambled way, with stories told by other people. One day, I asked Saerom. “Ah, aren’t we going to talk about the [burn] images in the video?”
However, I came to believe in Saerom even more in response to Saerom’s answer here. If Saerom really beat Myeongjin with a straight iron, and Myeongjin really self-harmed himself with it, wouldn’t she say something about him telling a “lie”? Wouldn’t she say something like “Unnie, about that, Myeongjin was the one who self-harmed but he said that I did it, which is a lie” and try to refute it?
But instead, Saerom didn’t know anything related to the straightening iron. She went “Huh? What about the straightening iron?”. And, as many people pointed out in the comments, there were also many opinions that it looked like a kiss mark rather than a burn mark. The truth is no one knows. However, the reason Saerom did not refute the iron-on burn marks is because she really doesn’t know what it’s all about.”
teens stories

[teens stories] NO BUT IS MY BOYFRIEND CRAZY? 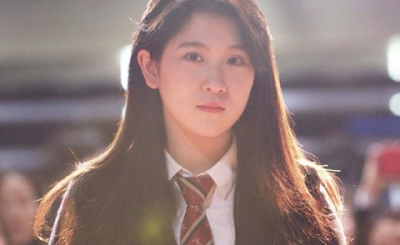 [teens stories] WHAT DID BAEK YERIN DO TO MANAGE HERSELF…??? 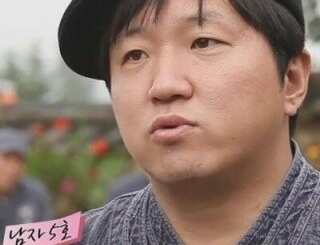 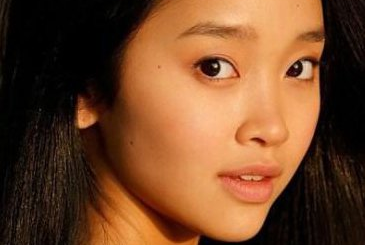 [teens stories] WOW THE POWER OF MAKEUP IS THIS STRONG HUH 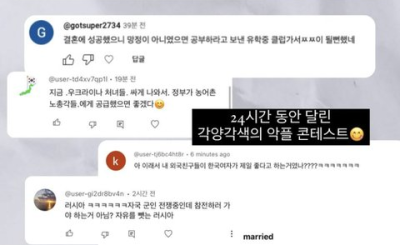 [teens stories] YOUTUBER NERIN GOT MARRIED, BUT LOOK AT THE KOREAN MEN’S COMMENTS 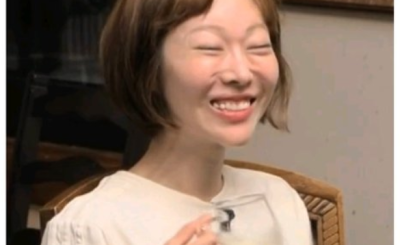