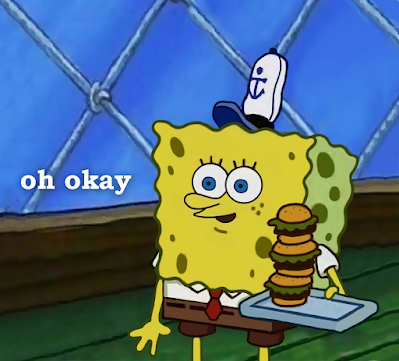 (pic not included)
I’m a 30 years old woman
I’ll try to explain this in the shortest way possible
I’m managing a food delivery store with my mom
Recently, we had a gathering together with my friends
At that time, we had social distancing so we decided to drink at the bar and then all go to my friend’s house
One our way to my friend’s house, we were choosing which anju (T/N: food you eat while drinking) to buy
We were going “what should we order? What should we eat?” and everyone was thinking about it
So I said ‘since we have nothing to eat, should we order from my shop?’
And my friends all gladly said “ok, let’s go”
So we ordered from my place
And my mom, who knew that my friends were gathering together, sent us 2 times the food for the price of 1
A few months later, one of the friend who was at that gathering told me this
They said that it’s possible that our friends wanted to eat something else
But because I suggested to order from my place, they got upset
So I apologized
But the more I think about it, the more I’m wondering if it’s even something they should get mad over
So I’m writing this post here….
post response:
[+160][-7]
original post: here
1. [+162, -5]
It’s true that OP acted careless. It’s not like OP wanted to sell her food to her friends but since you were the one to suggest it first, it’s true that it can cause misunderstandings. You wrote how your friends “gladly” accepted but to be honest, how are they supposed to refuse you?… also, it’s not right to shame your friend by using the fact that you guys ate for half of the price as an excuse. I feel like you’re the one who’s actually mad so you’re writing this. Why blame it on your friends?
2. [+143, -6]
They probably thought ‘maybe you’re suggesting just to get money?’
3. [+84, -12]
I think that it’s a plausible situation. Next time, if something similar occurs, it’s possible that OP suggest their restaurant again your friends might feel awkward to refuse again because they are getting a 2 for 1 price, and might still want to eat something else. People say that even a good news can only be shared once or twice. Next time you guys get together, don’t suggest to eat at your place. I think that it would be better for them to suggest it. The timing might be late but I think that it’s still salvageable
4. [+39, 0]
If this happened for the first time or only time to time, then your friend is the weird one. But if OP always suggests their restaurant, then you’re the one who has no tactㅎㅎ To be honest, if you guys order 2 for the price of 1 and that there’s nothing left in the end, it’s better to order from another place next time; Next time you guys pick a menu, even if OP’s place isn’t mentioned, I think that it’s better for you not to suggest it.. But nevertheless, if I were you, I wouldn’t want to hang out with those friends anymoreㅋㅋ
5. [+28, -3]
ㅋㅋㅋ It’s not that your friends wanted to eat something else but that only that friend wanted to eat something else. They can’t even be honest and have been ruminating over this for months before telling you. Your friend is the f*cker here
marriage/in laws