All of Blackpink’s CFs were good but this one is just legendary… I probably contributed 10x in the views. The song is so good and the winter vibes are so nice 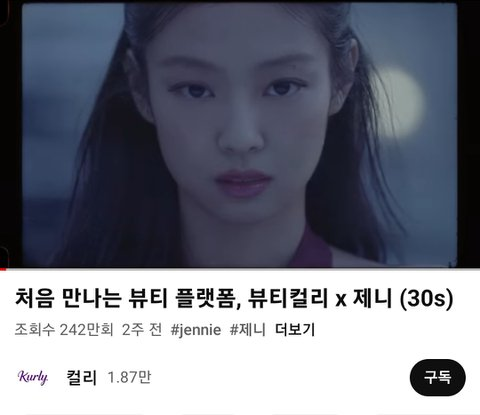 post response:
[+314][-87]
original post: here
1. [+67, -7]
Agree, I even wish that it was a longer ad
2. [+49, -4]
I f*cking like the winter vibes
3. [+38, -5]
I’ve been ordering from Market Kurly all the timeㅋ every time that the Beauty Kurly ad came up, I always watch it until the end without skippingㅋ I’m not even a BP fan but when I saw it for the first time, I thought “huh? What is this?;;” and let it play. The aura was amazing (I’m obsessed with the Christmas and winter vibes) so I also watched it until the end without realizing. I was falling for Jennie’s expressions and went to order something and then replayed the ad again. Jennie’s aura was crazy but I think that the BGM also played a big part. Who chose the song? They need to get paid more.
4. [+37, -6]
Jennie’s CFs are weirdly enchanting. It was the same with the Galaxy Red and the perfume ad’s performance too. And now, it’s the same with Market Kurlyㅇㅇ She has a good face for trying different things
5. [+24, -6]
For me, it’s the Rose Home Plus adsㅋㅋ (T/n: vids for ref)
instiz