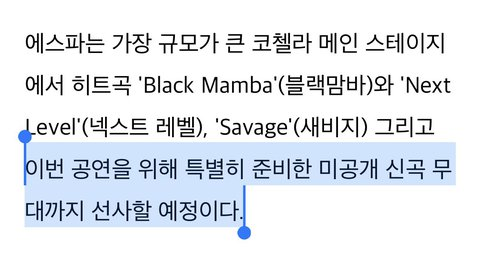 “Aespa will be at Coachella’s largest scale’s main stage and will perform their hit songs ‘Black Mamba’, ‘Next Level’, ‘Savage’ and a new unreleased song that was specially prepared for their performance this time.“ 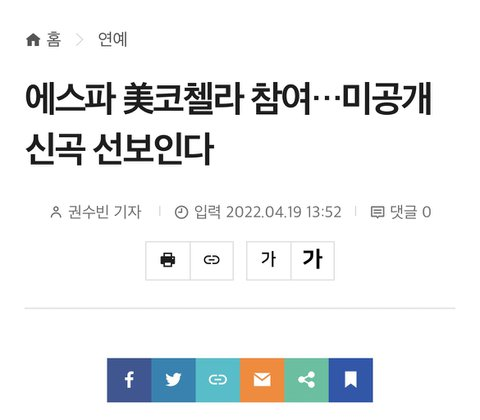 You fans who are using BP to hate on Aespa for being unable to attend Coachella, leave BP and Aespa alone and hope that your group will be the next ones going instead ㅠㅠㅠㅠ
2. [+180, -15]
Can we just put an important on the fact that they are going to Coachella? Why must you debate about who’s hotter or who’s the headliner?
3. [+158, -22]
Being the headliner at Coachella is more important you ignorant fools
4. [+129, -6]
Headliner (Ariana Grande) -> Sub-headliner (Blackpink) -> Main stage (Aespa, Epik High, Hyuk Oh band, AKB48) -> Sub stage. I saw this on Instiz and that was the ranking
5. [+117, -9]
It’s confirmed. Aespa, work hard on the main stage

(Ningning: Coachella~~ Aespa has come. Is everyone looking forward to it?)
6. [+85, -19]
Bibi and Yoon Mirae performed on Coachella’s main stage though… Isn’t the media play too severe?ㅋㅋㅋㅋ
7. [+84, -17]
There were already a lot of singers who performed on the main stage. I hope they don’t do such dirty media play 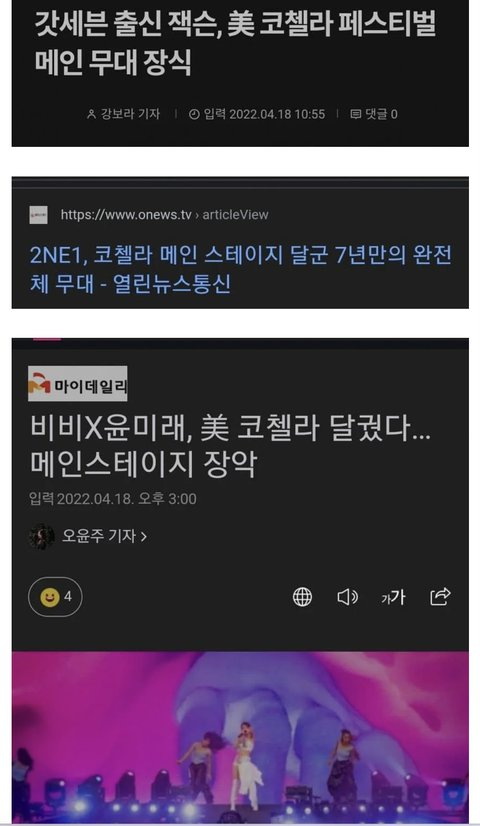 – 2NE1, heats up Coachella’s main stage with a full group stage after 7 years