I’ll write a short review
They started with Latata
My Bag
Dumdi Dumdi
Tomboy
Oh My God
Soyeon – she considered the fact that Oh My God might be a mood-killer so she taught us the fanchant. Also, her voice kept exploding from her mic. What mood-killer? She was freaking hot
Miyeon – When she had her solo part, people kept going “wow”
Shuhua – She kept babbling every time the unnies said something. The students went crazy for her
Yuqi – Her hair caught my attention. Both her and Shuhua were solidly pale
Minnie – She was crazy. That girl is the main vocal. Also, her arms and legs were so long
Also, who was the bast*rd who flew a drone? 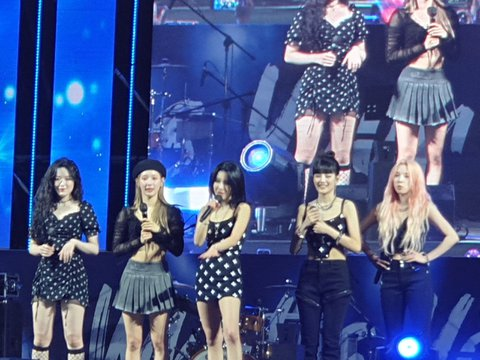 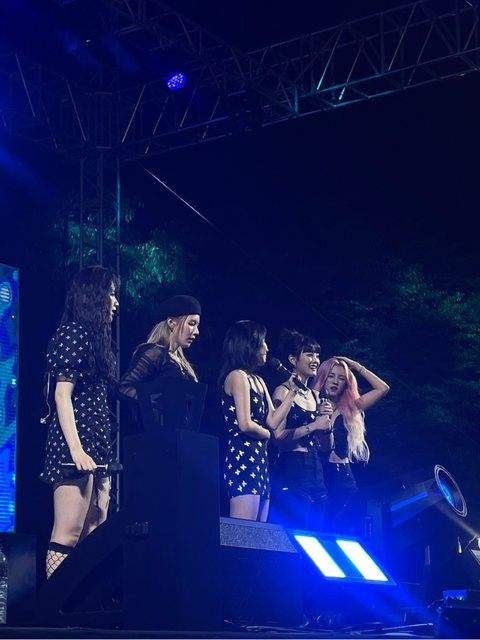 After performing in Germany, they came back to the country and they performed again on the same day… their stamina is crazyㅋㅋㅋㅋㅋ
2. [+71, -4]
Miyeon and Shuhua were seriously pretty. Seeing Shuhua in real life, she looked gentle and pure? I don’t know how to describe her but she was different from what you see on screen… Miyeon was unexpectedly small. Jun Soyeon’s voice was crazy
3. [+62, -3]
I saw I-dle up-close yesterday and the one who looked the best in real life was Shuhua… She wasn’t chubby at all, she was super white, cute and pretty. She was everything. Another thing I remember was that Yuqi’s features look delicate on screen but.. they were freaking sharp in real life and she was f*cking pretty. She was also the skinniest. Minnie’s legs were way longer than I thought and her proportions were crazy. Miyeon was also pretty but you can just think that she looked the same as on screen. Jun Soyeon’s charisma was daebak. Her voice exploded in the mic. She’s a god
4. [+35, -2]
Shuhua is freaking cuteㅋㅋㅋㅋShe how old I/we(?) were and we said 20 so she told us to call her unnie~
5. [+32, 0]
Every time Miyeon came out, people were whispering “wow…. pretty”. They were all good live. And Jun Soyeon was definitely crazy
6. [+28, 0]
Every time Miyeon and Shuhua came out, everyone went “wow” for realㅋㅋㅋㅋ they were daebak. Shuhua wasn’t chubby at all in real lifeㅋㅋㅋㅋ Miyeon was unexpectedly small but when she was singing with Jun Soyeon, they had the biggest voices
enter-talk