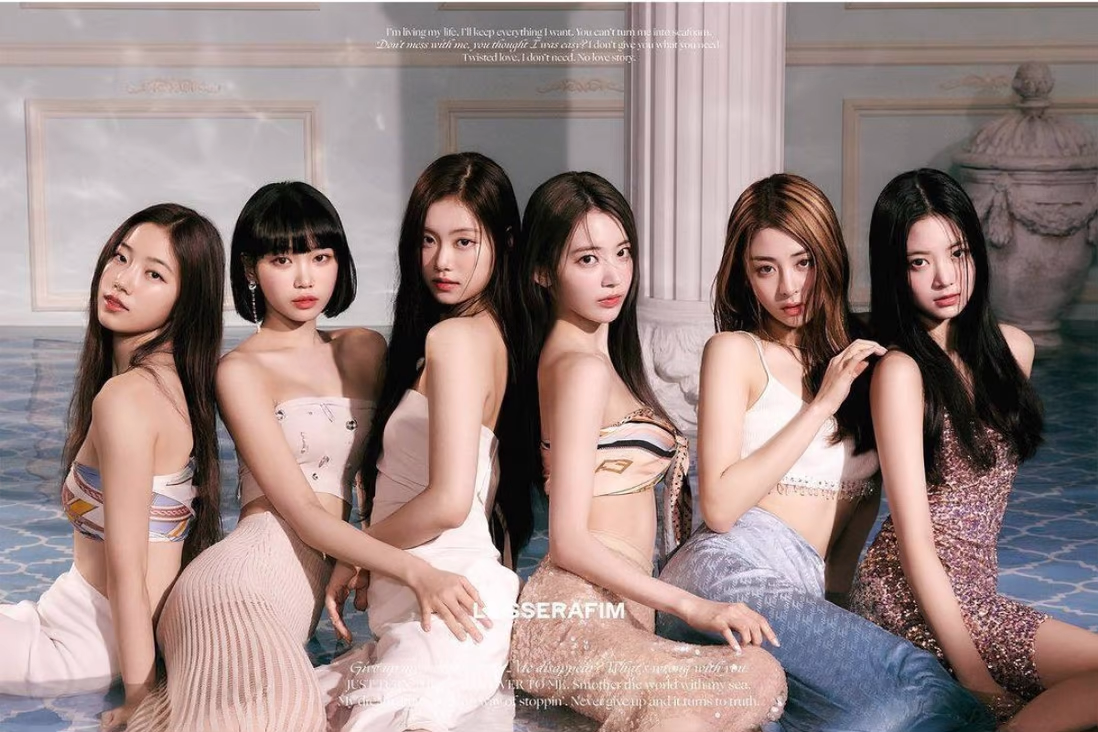 Both Kim Garam and the company are the same

post response:
[+441][-9]
original post: here
1. [+121, -5]
ㅇㅇ I feel like they’ll fail even if they kicked out Kim Garam
2. [+98, -3]
Even if Kim Garam gets kicked out, I wouldn’t stan them because of how disgusting HYBE and Source Music are. They are just a group made up of Izone’s ahjussi fans
3. [+89, -3]
They won’t be anything else more or less than Le S*xrafimㅋㅋ
4. [+32, 0]
I think that they would’ve been fine if they cut her from the start but seeing how they insisted in not caring about the victim and promoting her until the end, they just ended up becoming unlikable. I won’t stan them no matter how good their song is in the future. Just let the i-roaches and few f*ckers stan them. I bet than commoners wouldn’t stan them
5. [+26, 0]
I’m so turned off my both Kim Garam and the company. How can they think of sending a kid like her on TV? Just putting her on TV is a secondary attack to the victims. Ugh, this makes my insides sick. How can they debut such a trashy kid, get her attention and make people call her pretty? What’s worse is that the victim even attempted su*cide and can’t even adjust to her normal life. What’s shameless is that they want to keep on showing and making us listen to this kid. They are shoving us a kid that nobody would’ve heard of if she never debuted through the media. The company is crazy. They must be targeting a very unspecific number of people.
6. [+21, 0]
They would’ve been fine if this was managed properly but it’s already too lateㅋㅋㅋㅋㅋㅋㅋㅋ They should’ve kicked her out right way. They didn’t even apologize and started bullsh*tting about legal actions
[enter-talk] THE REASON WHY HYBE ISN’T KICKING OUT KIM GARAMㅋㅋ
Because the f*cking pigs are stanning them and listening to them ㅠ
The fans of other members are also bullsh*tting saying things like “my brat didn’t do anything wrong so stream the song~” and don’t even know that they are helping the assailant/bystander
It’s f*cking obvious that they are obsessed with them.
Just looking at the Melon chart, you can see that with the strength of f*cking pigs, Bigbang and Le Sserafim are all ranked high
It’s hopeless ㅜ
post response:
[+670][-19]
original post: here
1. [+133, -1]
ㅋㅋㅋ That’s what I’m saying… they are crazy with stanning their bias so they don’t even know that they are acting like assailants
2. [+119, -1]
ㅋㅋㅋㅋㅋㅋㅋㅋㅋㅋㅋ for real, do they think that if they buy their albums for their bias, it will only go to their bias’ wallet?… Kim Garam’s wallet is filled with their money ㅠ get in your right minds
3. [+77, -1]
For real, the kids who are listening to this group’s music are crazy
4. [+29, -1]
Looking at the chart makes me realize that living in this world is scaryㅠ it makes me wonder how many f*ckers out there are listening to a song by a kid like her
5. [+25, 0]
What does it do if you guys are only supporting OT5?ㅋㅋㅋ the money from streaming is divided by ‘n’ anywaysㅋㅋㅋㅋ I hate the kids who fangirl on them while supporting OT5. You guys are supporting OT5 but it doesn’t mean that your money isn’t going to Kim Garam;;
enter-talk