(T/N: the below is the Twitter thread that OP is referring to) 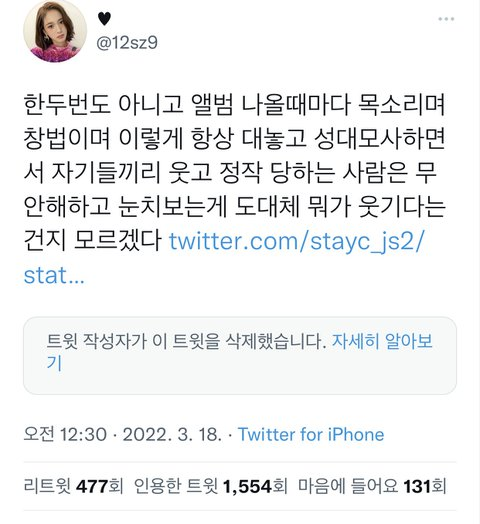 “This happened not once or twice. Every time they come out with a new album, they always mimic (J)’s voice and laugh among themselves. The person being attacked is actually ashamed and is paying attention to it so I seriously don’t understand what’s so funny about it

“If someone to mimic a group member and it becomes a trend and that everyone just jumps in to play around, I wouldn’t know but
Only those 3 are always busy mimicking (J)’s voice” 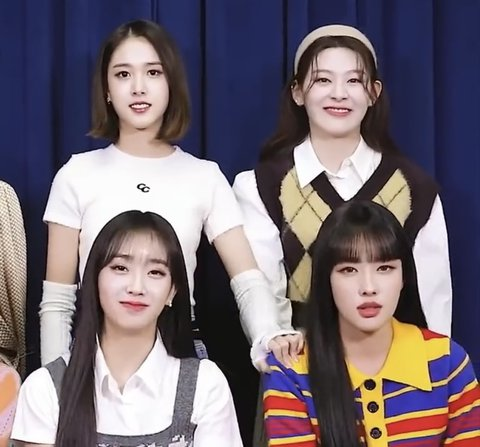 She kept mimicking her voice and even when she grabbed her shoulder, she kept doing it

post response:
[+472][-173]
original post: here
1. [+422, -16]
But seriously, it was funny at first but seeing them constantly doing it is a bit…. and if you look at J’s expression when the members are copying her, it doesn’t look good either
2. [+376, -37]
You could’ve just said that you wished her to be careful. Why sticking the ‘April’ name behind them? Yoon teases J well but she also takes care of her just as much
3. [+292, -25]
Whether it’s annoying or not, they know it better themselves… and if they don’t have bad intentions and know that it upsets her, they will learn from this, they just need to stop next time… If you don’t know the relationship between the two, it’s better not to write something like this
4. [+256, -8]
But Jayoon is indeed doing it over and over again and it’s getting tiringㅋㅋ…
5. [+184, -12]
I’ve fangirled on other girl groups so I know about it and I haven’t seen a lot of groups who are as mischievous among themselves… I’m not talking about old groups but I’m taking current groups as reference… usually, they are really considerate of one another with their actions. You don’t necessarily need to tease each other to be close. When they are careful around each other’s feelings, it might look like they are not close to others but relationships that last long are usually like that
6. [+158, -13]
Saying that they are like April is freaking oba. Shim Jayoon should cut it down. I’m fed up seeing them doing it even in an encore video. If they’ve been doing that for over a year, they should stop now. Also, Bae Soomin is always the one getting hate on Pann but if she’s the leader, she should start acting her age a bit;;
7. [+140, -46]
Soomin really seems like a fox. She’s always the one starting and inciting Yoon
enter-talk