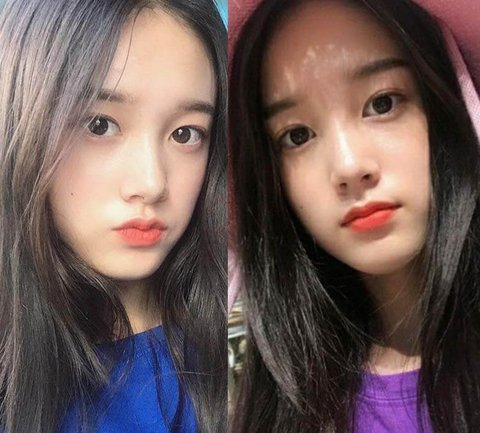 post response:
[+161][-40]
original post: here
1. [+176, -8]
Seeun’s styling at their debut was freaking pretty… I hope that she could go back to that stylingㅠ Subjectively speaking, Seeun’s debut looks + J’s long hair are the best
2. [+148, -42]
J is the one who doesn’t get divided opinions in terms of visuals… People even said that she looked like Yoona
3. [+117, -11]
I thought the same thing once ㅋㅋ And if I had to pick someone, it would be J
4. [+60, -12]
I’ll say this knowing that I’ll get downvoted but I’m not sure if Seeun is as pretty as the fans claim she is. She’s obviously pretty enough to be in a girl group but I’m not sure if she’s pretty enough to be compared to other girl groups’ visual center… I think that J is closer to being your traditional beauty?
5. [+57, -6]
I thought that it’d be Seeun but… personally, I think that rather than being cute, a visual should look innocent

I find Seeunie pretty. But all of them are equally pretty but since their styles are all different, nobody can pick a visual. I think that the one who is unpleasantly pretty is Sieun… but Isa is pretty too
enter-talk