I was reading about her on facebook and I’m writing here for the first time in the most popular place.
Right now, Kim Garam is under controversy due to her past on Twitter and I’m her classmate. Because I think that there might be misunderstandings surrounding the pictures that were uploaded of Garam, I’m writing this post. Even if I’m all over the place, please look over it.
I’m not sure about the Facebook picture but the story regarding the the blackboard picture was a misunderstanding. When I was in elementary school, I was bullied by the kids of the same school and since we were all in the same neighborhood, we also went to the same middle school and I was never able to adjust and had no friends so I never ate at school. There were two friends and another guy who were laughing and drew a picture on the blackboard and Garam was one of the girls who later came in and they asked the boys to take a picture with them. After Garam saw the blackboard and realized what was on it, she told them to erase the the drawing and fought with the person who had the cellphone (who took the picture). Rather, Kim Garam was the one who got mad and I felt like Garam and her friend were the victims. Afterwards, the two people and the male students who took the pictures were punished for watching p*rn in class. And of course, Garam wasn’t one of them. The reason why I’m writing the post is because when I wasn’t able to adapt to the 1st year of middle school, someone helped me and that person was Kim Garam. When we went on a school trip in our 1st year, everyone gathered in circles during the recreation and were doing activities. I was the only one alone and standing by myself but Garam told me to play with the kids in the class and asked why I wasn’t playing. She then took me with her group. After that, she would ask me which elementary school I was from and which idol I liked, and helped me to fit in naturally with the kids in class. After that, there was a concert at school and even then, she helped me since it was the first time I tried dancing. At the end, I said that I would give up and not do it but even so, Garam still said that I did well and complimented me. Is there anyone who is providing proofs while claiming that Garam was a school violence assailant? For me, they are the bystanders and the assailants. I hope that you guys don’t bash Garam without any clear evidence. I’ll upload our graduation album and the proofs that you want after my academy ends. 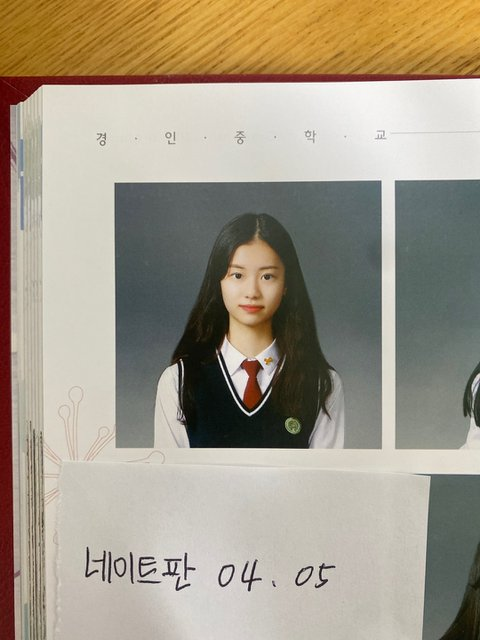 The employees are here. Just why is HYBE acting this way… they are even studying how kids speak nowadaysㅋㅋㅋㅋ If she hated it, would the four of them stick together like that and take a picture?
3. [+176, -1]
You claim that you don’t know about the Facebook picture of the post but that the blackboard was a misunderstanding, but even without that blackboard, the Facebook post is problematic… There are 2 pictures of the same context but if one is a misunderstanding, it doesn’t erase the other picture ㅠㅜ
4. [+136, 0]
Huh? Someone left this in the comments just now but why did it get deleted?? Are you the one who deleted it yourself? 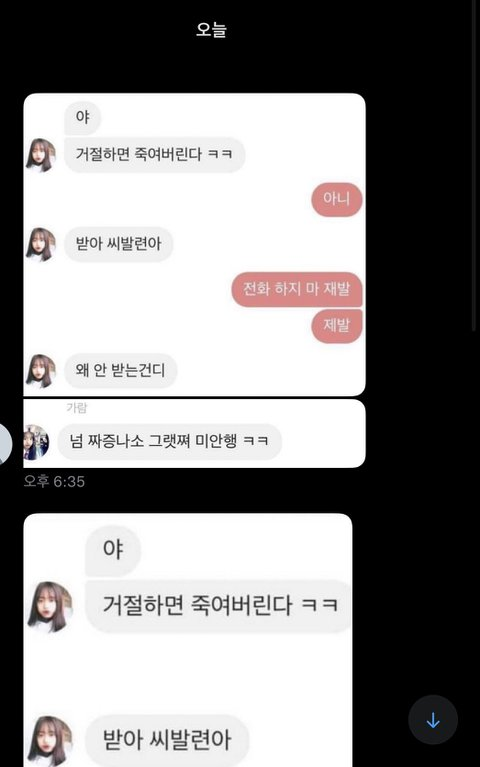 “Garam: Yah, if you refuse, I’ll k*ll youㅋㅋ
OP: No
Garam: Pick you you f*cking b*tch
OP: Seriously, don’t do it, please
– Please
Garam: Why are you not picking up?
– I acted like that because I was too annoyed, sowryㅋㅋ”
5. [+119, 0]
It’s the same table as the other shielding post 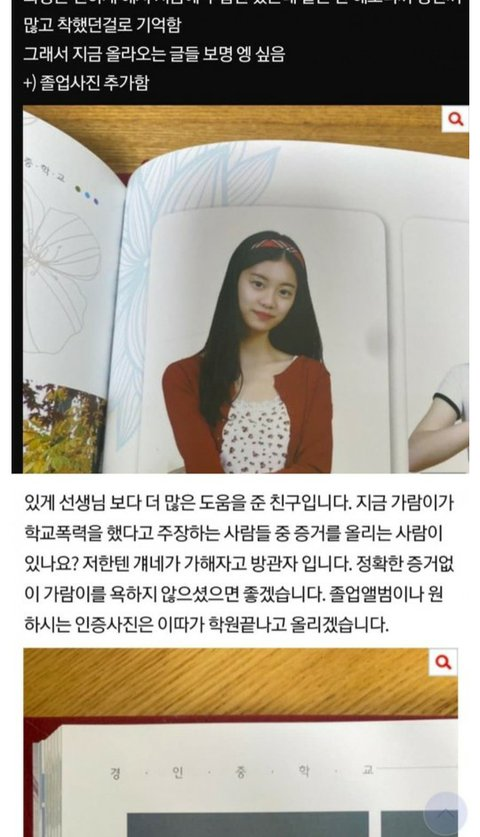 6. [+103, 0]
There are so many evidences so you can’t shield her. Your post only consists of one graduation picture that you got from someone else… 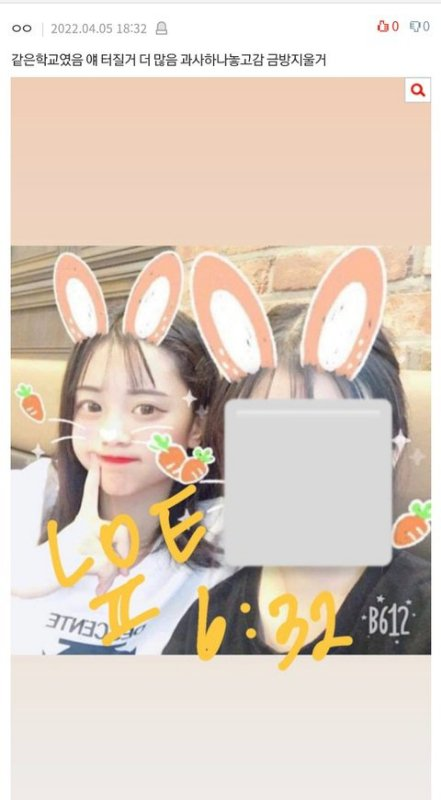 “We went to the same school and there are even more things to be exposed on her. I’ll leave one past picture of her. I’ll delete it right away” 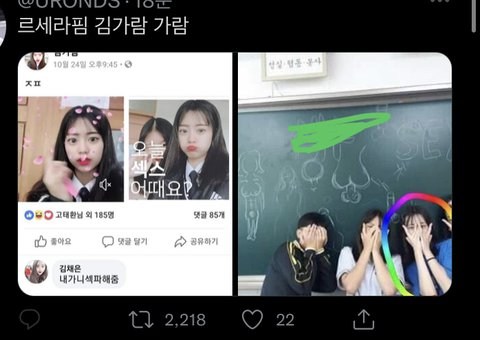 It’s on Twitter too, what is she gonna do with the same..?ㅋㅋ
post response:
[+925][-6]
original post: here
1. [+765, -1]
I can’t shield her since she seems like that kind of kid I hate the most at school so I won’t say anythingㅋㅋ
2. [+626, -1]
No bit… If she acted like that in the past, doesn’t she think that someone would screencap those and expose her once she becomes a public figure..? Maybe she said “whatever, I’ll just debut first and see”? I seriously don’t understand her. She’s selling her face but her past got exposed
3. [+420, -70]
If a male idol did that? He would’ve already been cancelled and it would be a mess
4. [+351, 0]
Thinking that her parents and aunts and uncles will all see this ㅋㅋㅋㅋ… so embarrassing
5. [+243, 0]
I feel like HYBE already knew about this so I wonder why would they still debut her… Maybe because they have power big enough to bury this?
6. [+234, -1]
So Kim Chaewon had to hide for 8 months in order to debut with her?… Kim Chaewon is too pitiful ㅋㅋ I think that announcing a 5-members group now would be better than going further with her. If not, they can tentatively promote as a 5-members group now and then kick her out in the next album
7. [+220, 0]

“Le Sserafim’s Kim Garam
Kim Garam who was revealed at 12 o’clock
Her past isn’t clean
She transferred from Gwangju because some things happened and came to Seoul
Since she’s debuting, they said that she’s trying to calm things down and go to everyone to apologize
Her past will 100% get exposed later on”
enter-talk