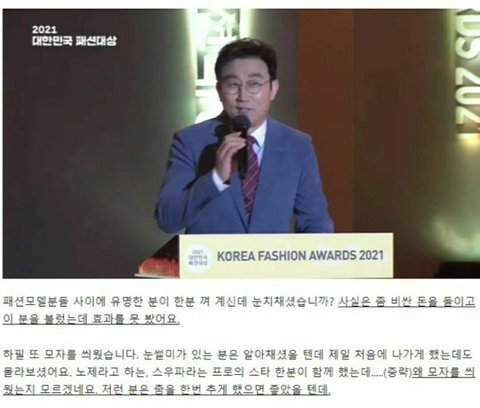 Kim Hyun-wook (MC): (underlined speech) Actually, we spend quite a lot of money to call this person but we haven’t really witnessed any results (…) I don’t understand why she’s wearing a hat. It would’ve been nice if she could dance for us. 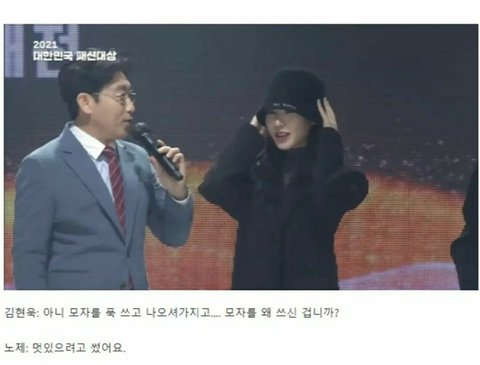 MC: No but you came in with your hat so… why did you wear a hat?
Noze: I wanted to look cool. 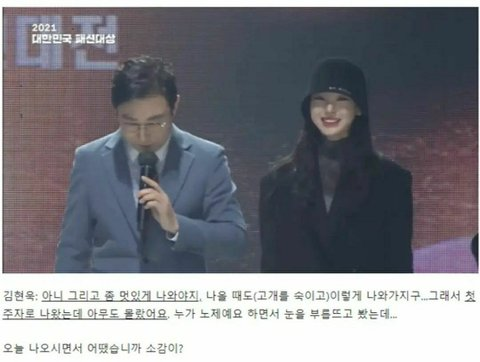 MC: No but you should come out coolly. Even when you came out (bowing his head down), you came out like that… so nobody knew that the first person came in. Someone said “I’m Noze” and was glaring around…

How do you feel coming here today? 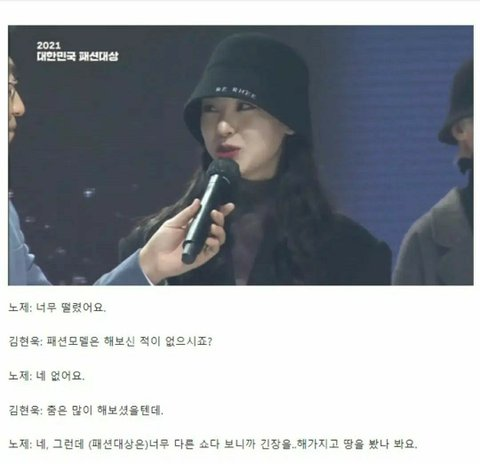 Noze: I’m really nervous.
MC: You’ve never done fashion modelling right?
Noze: No I haven’t
MC: You must’ve danced a lot though
Noze: Yes, however (Korean Fashion Awards) is such a different kind of show so I was nervous and looked at the ground 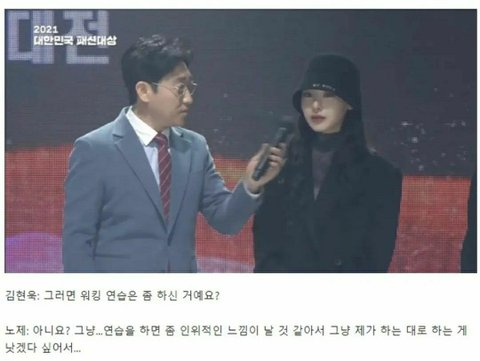 MC: Then, have you practiced your walking a bit?
Noze: No? It’s just that… if I practiced, I think that I will look unnatural so I thought that doing it my way would be better… 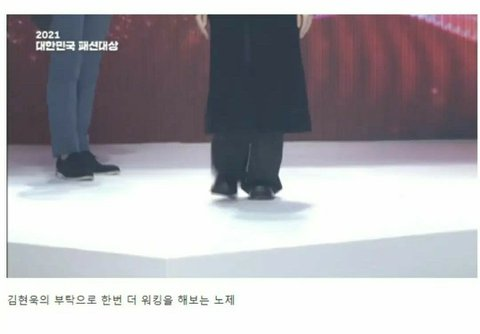 With the MC’s request, Noze did a walking 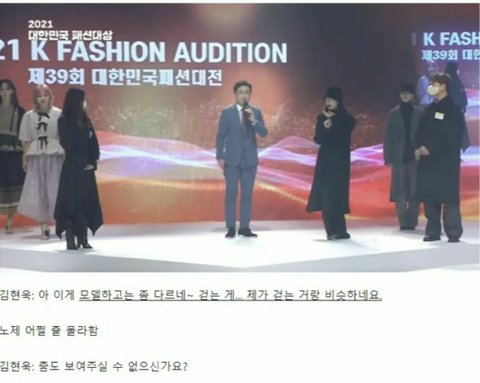 MC: Ah this is a bit different than a model’s~ your walk… It’s similar to the way I walk
Noze didn’t know what to say
MC: Can you show us your dance too? 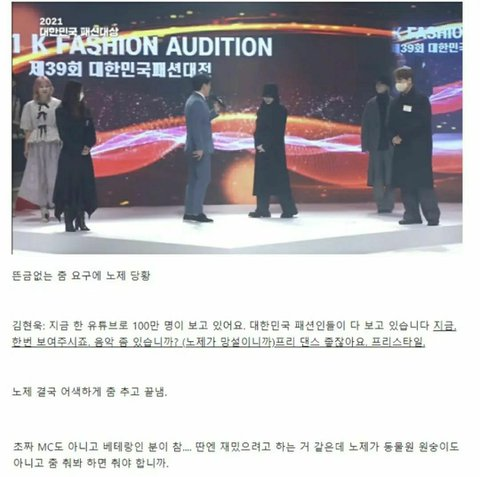 Noze who was taken aback from the random request
MC: There are currently 1 million people watching this on YT. All the Korean fashionistas are watching. You should show us once. Do we have music? (Because Noze was hesitating) you’re good at free dance right? Freestyle.
Noze ended up dancing awkwardly and it was over.
Seriously, he’s not even an MC but that veteran man is just damn…. Other than that, it seems like he just wanted to have fun but it’s not like Noze was some monkey from a zoo. Does she need to dance just because she’s asked to?
post response:
[+415][-10]
original post: here
1. [+179, 0]
It seems like he doesn’t really fit the recent MC style ㅠㅠㅠ
2. [+134, -4]
Old Hannams are back at it again
3. [+80, 0]
Wow… I f*cking hate this
4. [+34, 0]
Maybe because he was paid so little that he’s acting like that? His MC-ing is so cheap
5. [+29, 0]
There was some kind of event at Yongsan back in the days and I went to see my bias. He was also MC-ing like that back then and he was booed and cursed at in front of everyone ㅋㅋㅋ I don’t even remember what he was saying but I remembered that person’s nameㅋㅋㅋㅋㅋㅋㅋ
6. [+28, -2]
Why is he like that towards Noze? Seriously f*cking rude