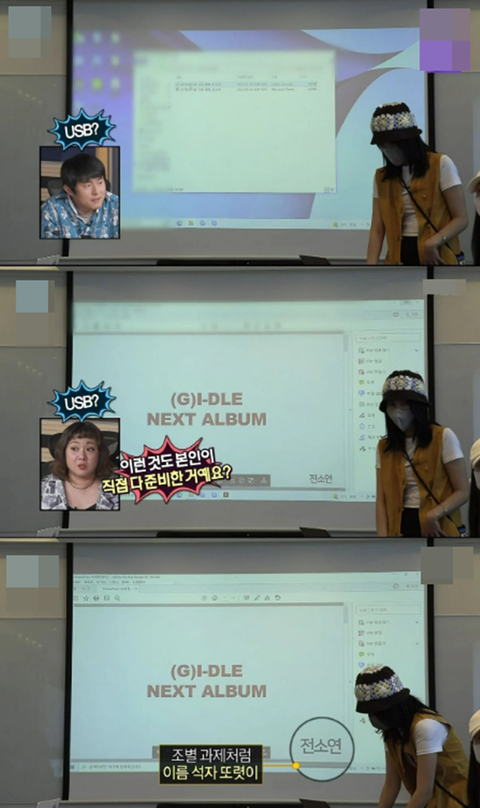 PNR: USB? She prepared this directly herself too? 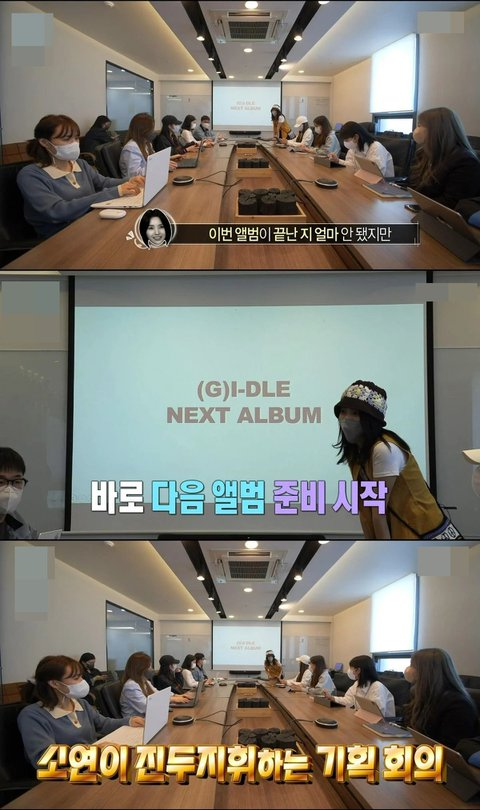 SY: It hasn’t been long since the last album [promotion] was over.
*Preparations for next album starts right away*
*Soyeonie leading the meeting* 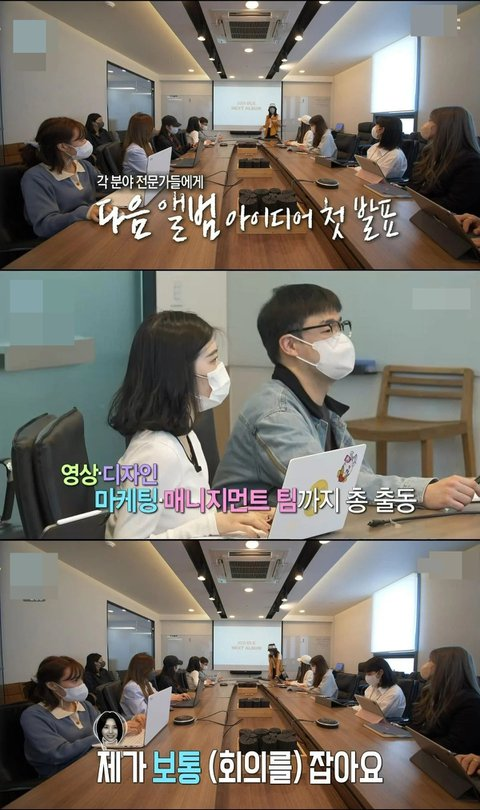 *Revealing ideas to each of the specialist in their field*
*Even mobilizes the video and design marketing management*
SY: I’m usually the one who calls for a meeting 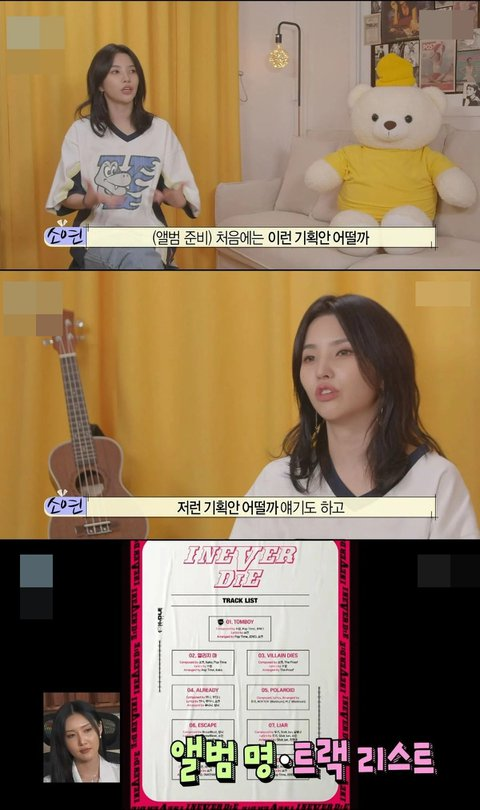 SY: At the start of the album preparations, I always ask what they think of the plan, how about we do things like that?
*Album name and track list* 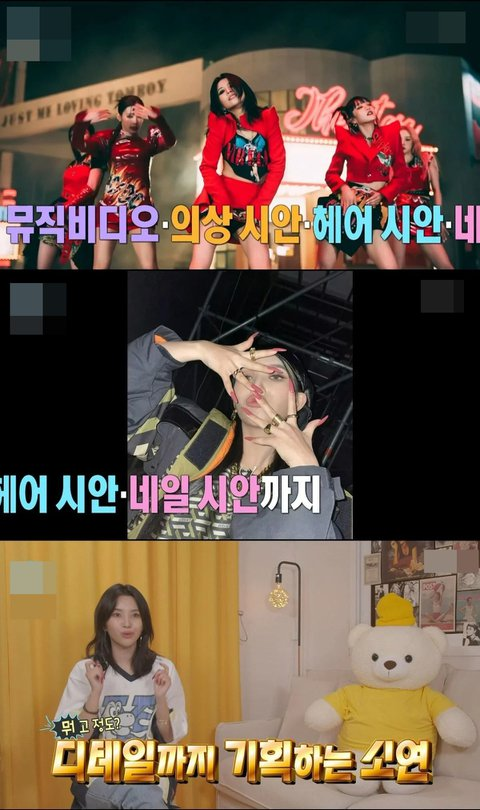 *Soyeon who plans everything down to the last detail* 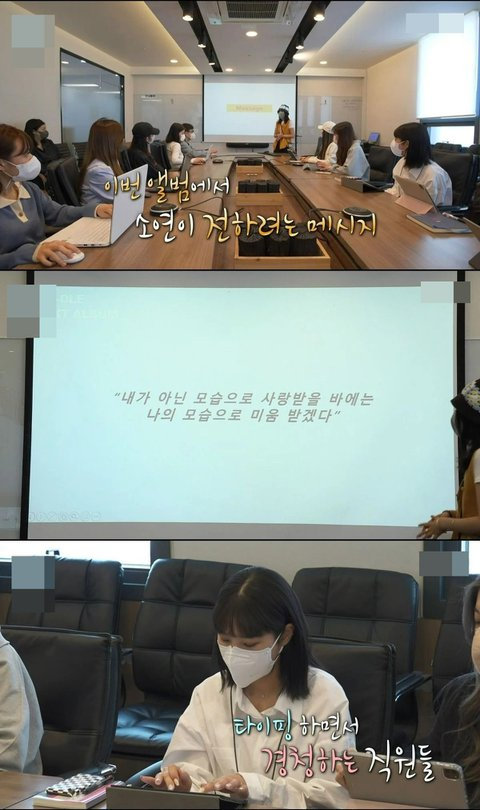 *The message that Soyeon wants to convey through the album*
(Screen): Rather than being loved for who I am not, I will be hated for who I am
*Employees are typing as they listen* *The character targeted for this promotion*
*Marilyn Monroe, the immortal icon*
*Blond beauty, the symbol at that time* 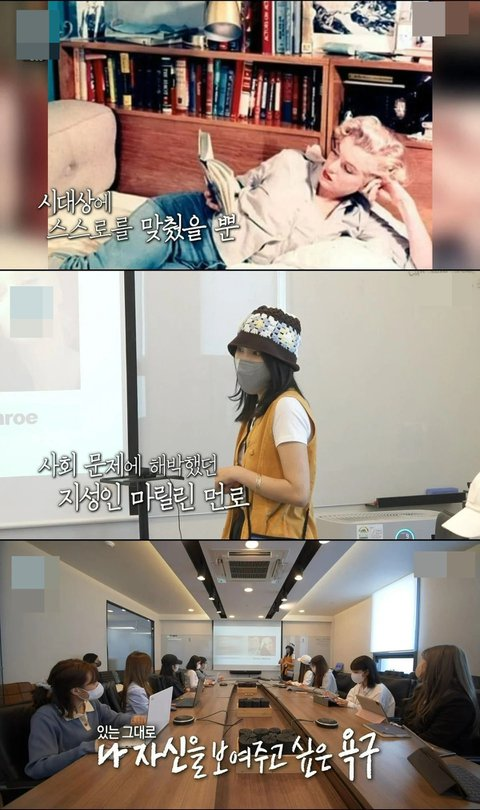 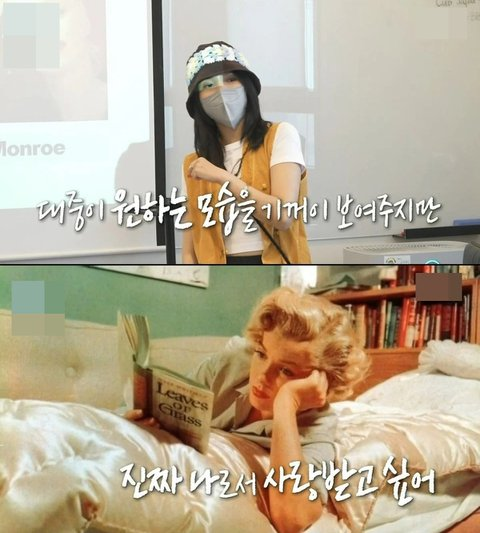 SY: She’s willing to show what the public wants, but she wanted to be loved for herself

PNR: Are you the kind of person who gains inspiration from characters and public figures? 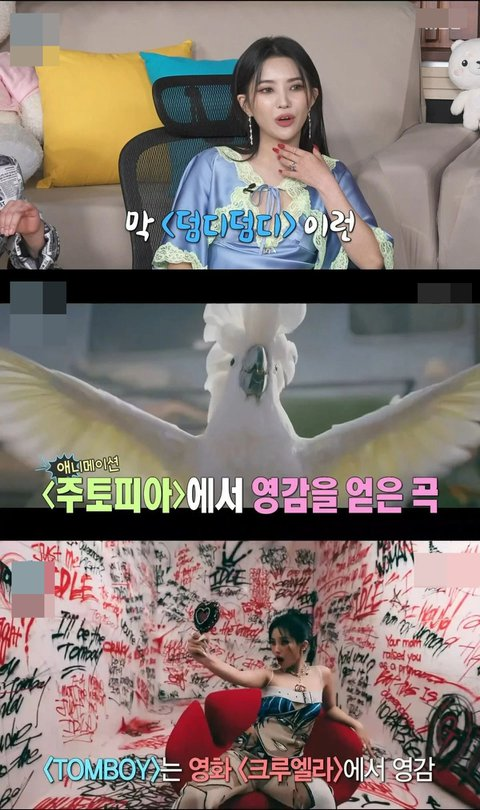 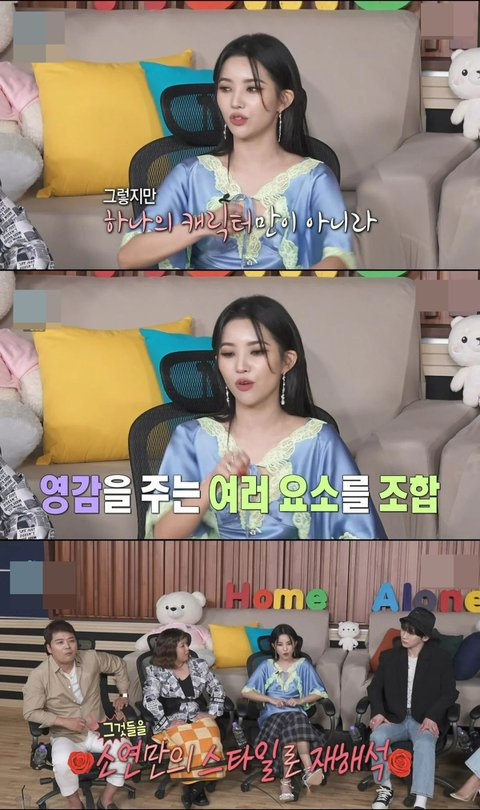 SY: However, I’m not only picking one character, I combine many factors which inspires me
*Soyeon reinterprets them to herself* 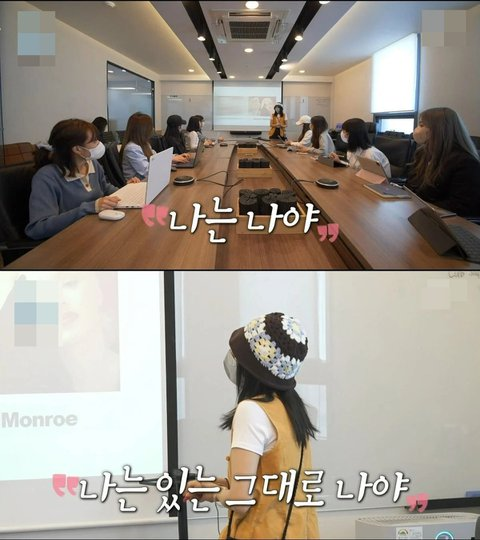 *We know why she walked so fast*
*The message that Jun Soyeon wants to convey*
*Even if I don’t receive love again. I’m me, I am who I am*
post response:
[+245][-14]
original post: here
1. [+61, -8]
Ah I love Jun Soyeon too much… It must be nice to be a Neverland, they must be so proud
2. [+53, -3]
She’s smart. Even if she didn’t become an idol at her age, she could’ve definitely become a specialist in the field and become a hit song producer and hit big
3. [+35, -1]
Yah this girl is so smart. Not only the album but even the concept
4. [+19, -1]
She’s indeed a queen
5. [+15, -0]
She’s seriously such a genius. Even when they debuted, they recorded several songs and because she thought they were all lacking, she wrote another song herself and gave it as a blind test to the employees and they ended up picking her song with an overwhelming win… That song was La Ta Ta. Jun Soyeon was only 21 years oldㅋㅋ She’s so ambitious
6. [+15, -0]
Intelligence/skills + effort + faithfulness… Seriously she works like a cowㅋㅋㅋㅋㅋㅋㅋㅋ I bet if Jun Soyeon saw what I was doing with my life, she wouldn’t be able to understandㅋㅋㅋㅋㅋㅋ큐ㅠㅠ
enter-talk