“the kid who said that she was a Starship trainee did well, if we didn’t know anything about her, we would’ve never known about this either. She was in IVE’s debut team but was dropped and went to HYBE” 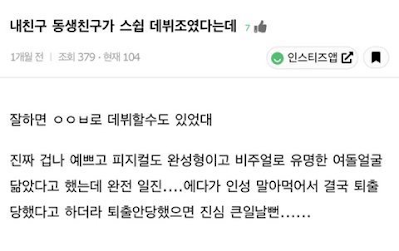 “My friend’s dongsaeng is in the Starship’s debut unit”
” They said that if she does well, she will debut with I*E.
She’s freaking pretty and her physique is already at its peak form. Her visuals also reminds people of popular female idols, but she’s a total iljin.. Moreover, her personality failed her so she got terminated and kicked out, seriously we almost got into trouble [for debuting her]…”
2. [+87, -0]
The person who posted this picture also said that Garam said she’d debut with IVE, this is trueㅋㅋㅋㅋ Kim Garam’s friends all said that at her school 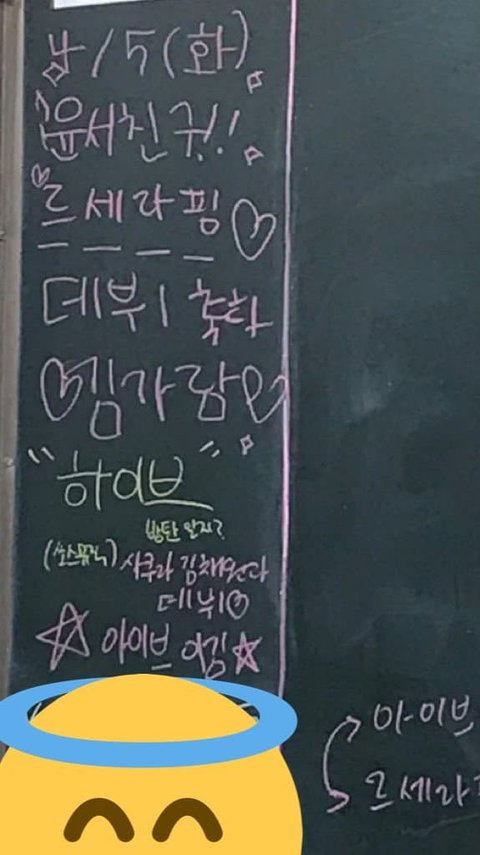 “Le Sserafim! <3 congrats on debuting Kim Garam <3
“Hybe” – you know Bangtan right?
(Source music) Debuting with Sakura and Kim Chaewon
They won over Ive
(bottom corner: Ive, Le Sserafim)”
3. [+82, -15]
Starship debuted Soyu and Hyoryn, so why wouldn’t they debut her?ㅋㅋㅋㅋㅋㅋㅋㅋㅋㅋㅋㅋㅋㅋㅋㅋㅋㅋ
>  I lived close to Hyoryn’s high school when I was young, and Hyoryn never tormented kids around her. Rather it’s the punks in the neighborhood who made up rumors about her and she wasn’t able to clear her rumors
4. [+30, -0]
Wow what a relief
5. [+26, -0]
After Sistar, Starship has done a good job with personality management. WJSN never had any controversy
enter-talk