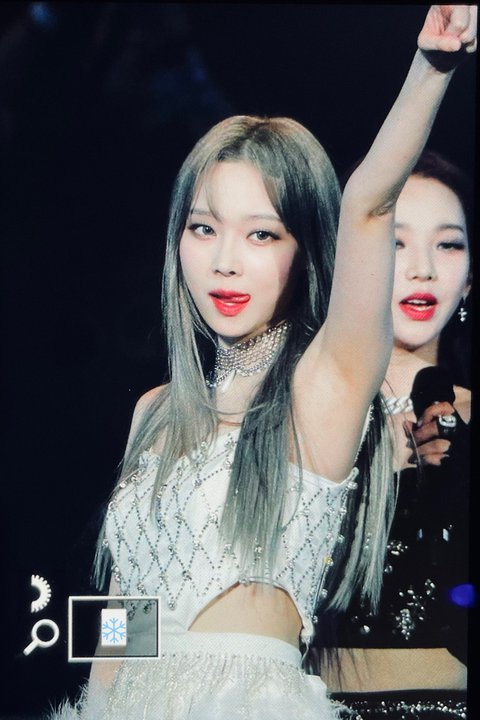 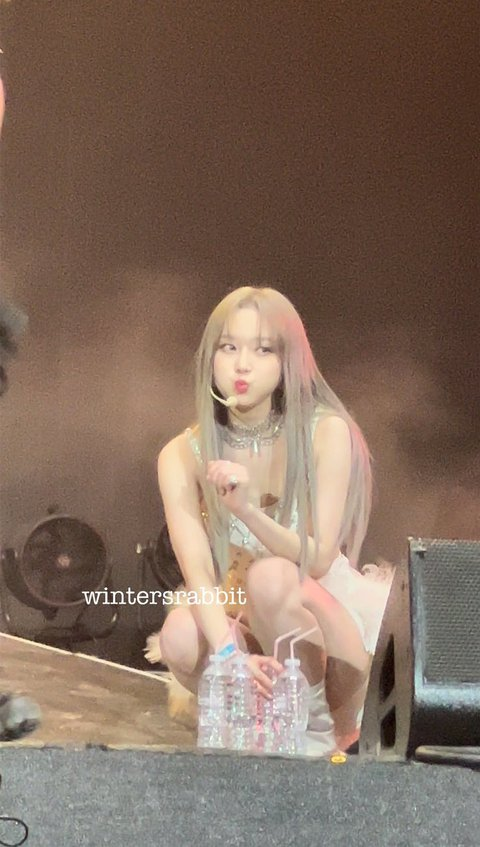 4. [+267, -123]
Their live was f*cking average. They didn’t have any aura
5. [+267, -72[
Everyone aside from Winter was so-so
[enter-talk] THE REASON WHY THERE ARE TALKS ABOUT AESPA’S LIVE
It’s because people were lumping them with those highly talented idols
Even if you think that comments on YouTube are silly, even if you go on Pann right now, you’ll see people saying “Aespa is from SM, is it even possible that they can’t sing live? It’s not that they can’t, it’s that they don’t. What’s up with calling them talented? Their image-making is solid
Anyone can tell that they had live AR but didn’t they say that they would sing live in front of everyone?ㅋㅋ
For Coachella, it just seemed like an idol live stage, and if you watched it, their key was also lower and their live wasn’t stable. What’s worse is that their dance is also on the easier side but since they were singing live, they didn’t dance properly either. That’s their level but people are hyping them so much claiming that they were so talented
post response:
[+730][-241]
original post: here
1. [+171, -99]
Fact: Aside from Pann, nobody is saying anythingㅇㅇ if you go to other places, everyone is saying how their live was cool and they have the most praises but Pann girls are so triggered by Aespa because they think of them as their rvialsㅋㅋㅋㅋㅋ so they are trying all sorts of BS to hate on them ㅋㅋ
2. [+137, -77]
I thought that Pann was bullsh*tting so I went to watch their fancam and they didn’t well…? It’s true that they changed the key a bit but to be honest, Aespa has never performed in front of a crowd of Coachella’s level. Given their nervousness, they did well and I acknowledge their skills so I hope they sing live a lot in the future
3. [+110, -86]
That’s why Aespa is guaranteed to be the 4th generation’s one topㅋㅋㅋㅋㅋㅋㅋ Isn’t Pann-hate = success so sweet?ㅠㅠ Winter’s live was freaking solid and all of them did well. The trolls are f*cking mad so they’ve been trying to put down Aespa by dragging their faces for the whole day. You guys worked hard. Even so, Aespa are living their best lives in the US right now~ Just try to put them down for the rest of your lives, Pann lives in their own world and Pann-hate = success so thank you. They received the Daesang and Rookie Award at KMA where only the one tops of the world can receive it. Now they even performed at Coachella and even performed liveㅋㅋ What are you trolls gonna do about your jealousy~?ㅋㅋㅋㅋㅋㅋㅋ

“‘3 crowns‘ Aespa, most awarded girl group among the best girl groups at KMA”
4. [+70, -57]
For real, Ningning almost yelled all the high notes in falsetto in their last encore stage so they f*cking changed the key and Giselle made all their unique vibe disappear when she sang live
5. [+57, -26]
Yeah, next fail-idol-shinyeo in line (T/N: shinyeo = slave/ derogatory term for fans)ㅋㅋㅋㅋㅋ their live singing has been properly acknowledged this time so you should try hating them for something else now
[enter-talk] KIDS, THOSE WERE AESPA’S GISELLE’S CLOTHES 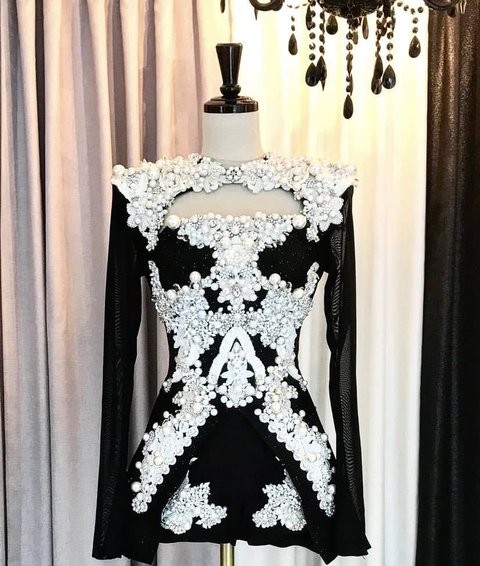 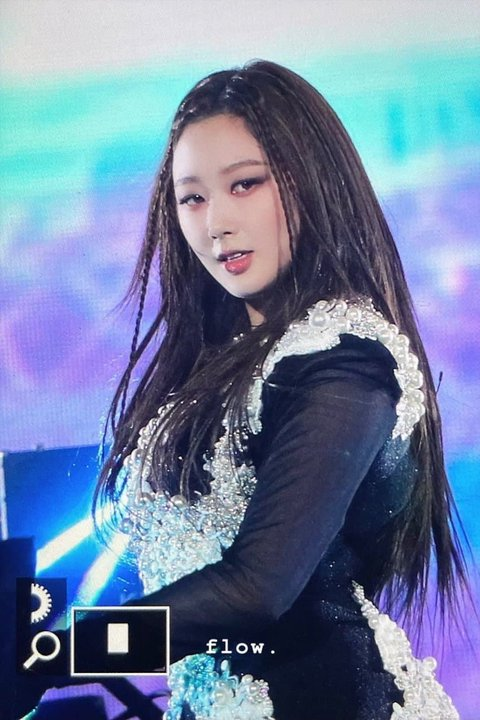 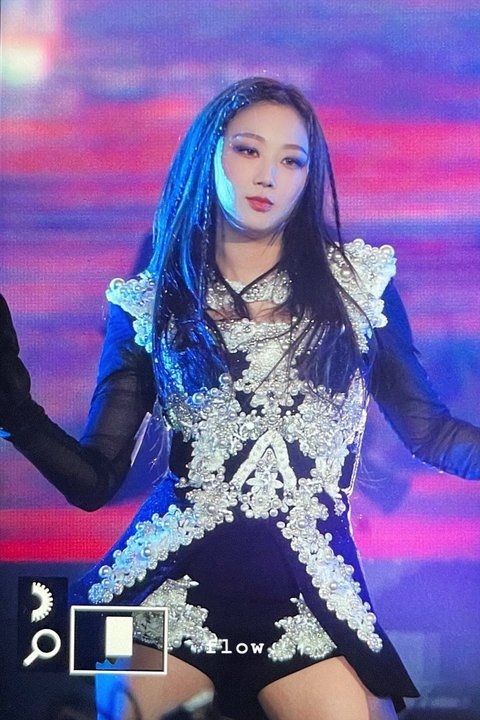 Why should only stick skinny kids wear heavily embellished clothes? She pulled off this fit well but I feel like it would’ve been better if the point of the outfit had another color
2. [+143, -62]
If Jisoo wore that, she would’ve been freaking pretty
3. [+83, -44]
Why is it so funny to see you b*tches trying to get an ego boost out of BP and hate on Aespa?… ㅋㅋ BP must be in a bad mood. This isn’t even related to them but the Pann-girls are going on an ego trip using themㅋㅋㅋㅋㅠㅠ Pann-girls cannot grasp the theme at all
4. [+77, -1]
I feel like if these clothes were worn by members who are freaking skinny + have the princess vibe, it would’ve been pretty. Kids like Jang Wonyoung, Irene or Jisoo… Someone with the body of that mannequin. Even if you’re just a little bit bigger than that, it would look stuffy
5. [+54, -11]
So the clothes hanger is important…
6. [+49, -14]
What a waste of the clothes..
[enter-talk] AESPA’S GISELLE LOOKS LIKE A COMMONER ㅠㅠ
She was doing a live? with Karina
And her styling is so bad because it doesn’t match her tone and they got rid of her bangs ㅠ
Please dye her hair againㅜ 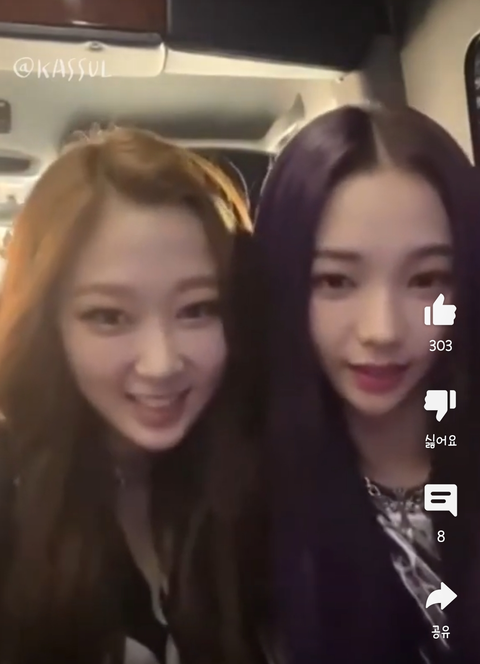 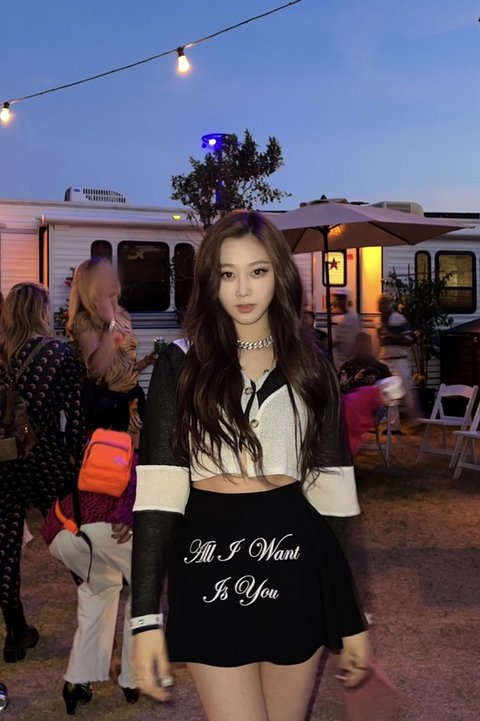 You people are the ones telling others again and again not to look down on commoners but are actually looking at female idols every day saying that they look like commonersㅋㅋㅋㅋㅋㅋㅋ You guys call anyone a commoner at this point. Then you guys should go stand in front of a camera and look like you have above average proportions like Giselle, will it be possible?
3. [+112, -23]
You guys are back at it again with the women-is-another-woman’s enemyㅠ
4. [+101, -153]
To be honest, I’m prettier than her
5. [+70, -3]
There are seriously a lot of SM members who wouldn’t get this much talks if they were in a mid-sized agency
enter-talk