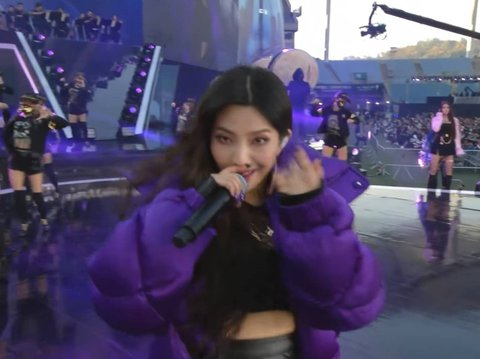 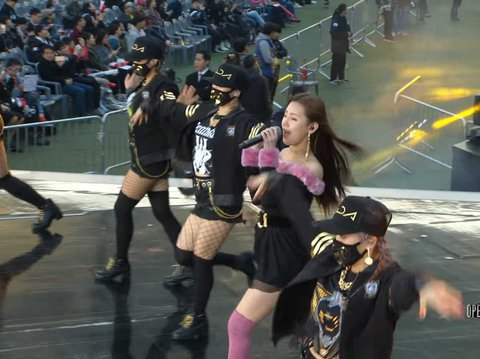 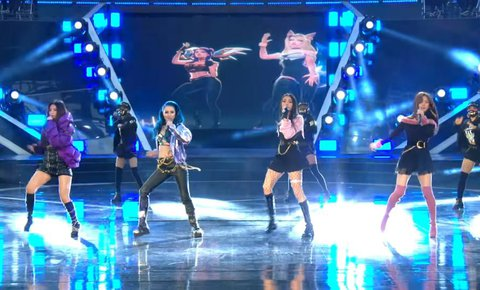 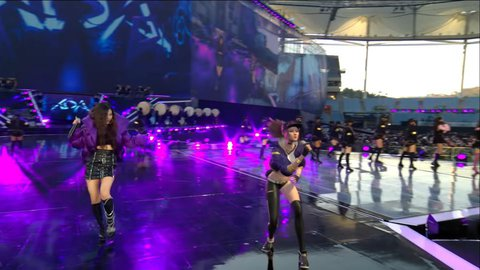 When they were 6 months into their debut, they were invited by the KDA members
They weren’t even nervous performing in front of tens of thousands of people and their live was good. Miyeon and Soyeon are really impressive ㅠㅠㅠㅠ 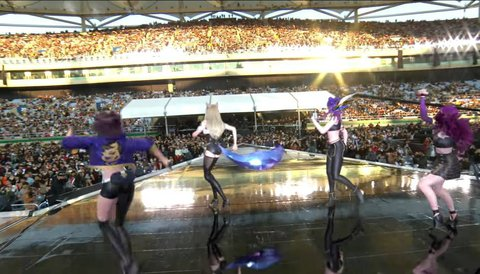 That was the crowd back then… crazy 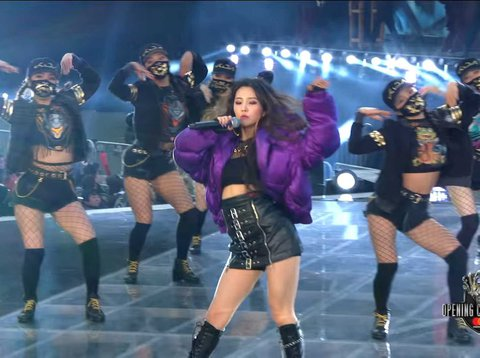