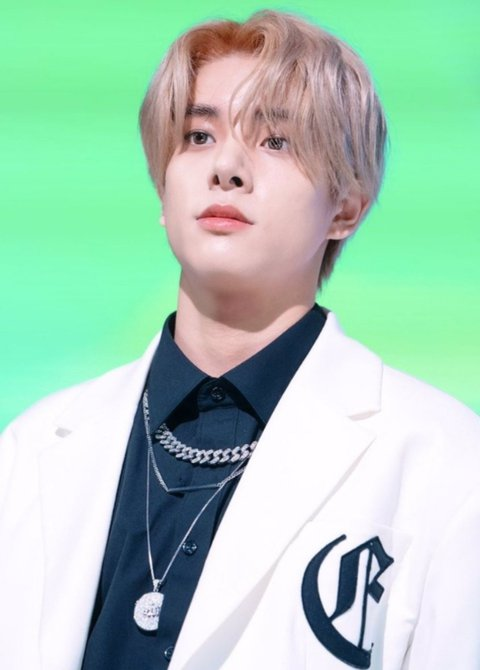 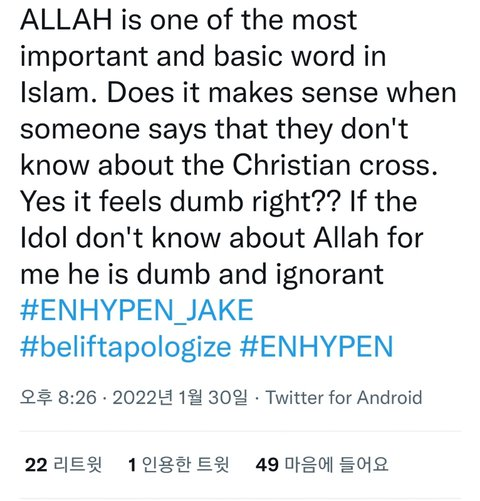 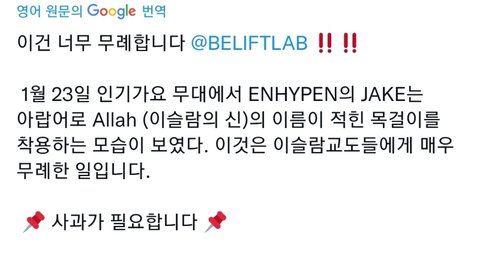 “This is seriously ignorant @BELIFTLAB!!!!
On the Inkigayo stage of January 23rd, ENHYPEN’s Jake wrote a necklace with Allah’s name in Arabic on it. This is such an ignorant/rude thing to do towards Muslims.
We need an apology” 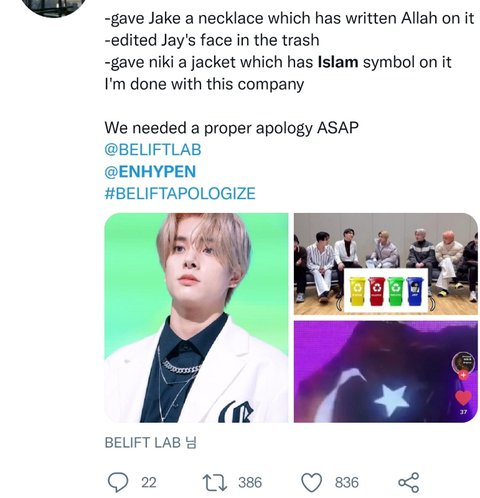 Right now, the trending tags are a a mess..

What do you guys think?
post response:
[+46][-20]
original post: here
1. [+90, -4]
So random..ㅋㅋ It’s not like they were ripping the Quran apart in the performance
2. [+76, -29]
The comments below sure are funny. Of course, the idol isn’t the one at fault, it’s true that this is the stylist’s fault. And I believe that they’re completely entitled to feel sensitive over this topic? Every country’s culture is different, so calling someone sensitive over this topic is not right.
3. [+66, -25]
Wow… Still, shouldn’t they at least be respectful of other countries’ cultures
4. [+49, -0]
I’m Buddhist and I don’t think of anything when I see people going around with a Buddha necklace. Their overreaction is solid
5. [+43, -0]
So what’s so rude about this…? It’s not like he’s bashing them with the necklace, it’s just a religious necklace right? There are so many people who wear crosses as a fashion statement, nobody wears necklaces as a sacred thing in the 21st century
6. [+39, -22]
The stylist is the one at fault. RM also got into trouble because of the stylist in the past and created a controversy
7. [+38, -0]
I can understand them wanting an apology but I looked at the translated version and their original comments, and a lot of people are asking them to educate the members. Why would you want the members to get educated about religion??