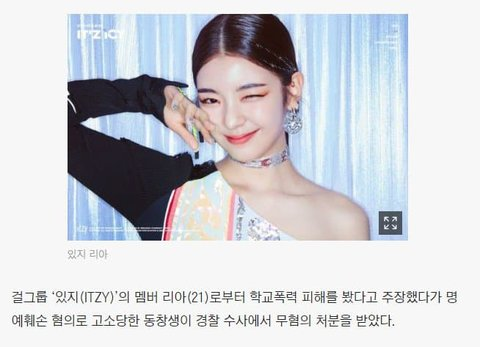 “A classmate who claimed to have suffered school violence from member Lia (21) of girl group ‘ITZY’, and was accused of defamation, was acquitted in the police investigation.”

JYP paved the way
post response:
[+367][-85]
original post: here
1. [+102, -63]
I’m not even a Midzy but I feel bad for Lia. The exposer had no evidence and even if that post was true, I don’t see it as anything else than the 2 fighting in the past and the exposer taking advantage to write her side of the story. Her story was also f*cking inconsistent. Lia’s exposer said herself that Lia’s mother has the proof of school violence but how are they supposed to explain that?ㅋㅋ
2. [+87, -30]
There are seriously so many ignorant kidsㅋㅋ Do you think that the police would release this kind of statement without knowing? 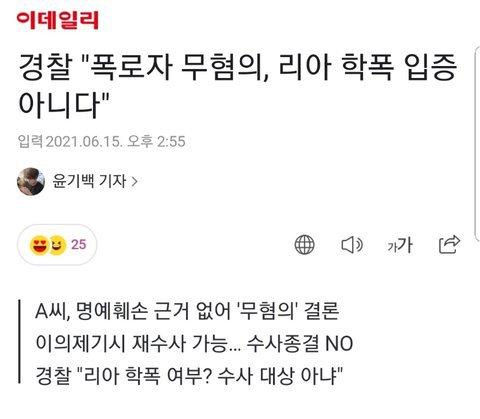 “Police “the exposer is acquitted, this doesn’t confirm Lia’s school violence”
Mrs A., there is no basis for defamation. It’s possible to reinvestigate the ‘not guilty’ conclusion if there’s objection… NO termination of investigation. Police “Lia’s school violence? It’s not subject to investigation””
3. [+76, -26]
Why are people saying that Lia committed school violence? First of all, there were no evidence at all and she didn’t even share the common graduation picture so why are you guys concluding that it was school violence? I’m seriously curiousㅋㅋ Stop only downvoting people. Can somebody explain why Lia is a school violence assailant???
4. [+33, -7]
Just looking at the story of Lia’s school violence, you can tell right away that it wasn’t school violence and that it was just a fight between the two. OP took advantage of her and wrote her story. You’re telling me that she’s the same as Kim Garam who even has a proof of being mentioned by the school violence committee? Stop with your ridiculous claims
5. [+28, -8]
But they had no proofs for Liaㅋㅋㅋ
6. [+25, -29]
Garam and Lia should both withdraw
7. [+21, -5]
Add JYP’s Hyunjin too
enter-talk