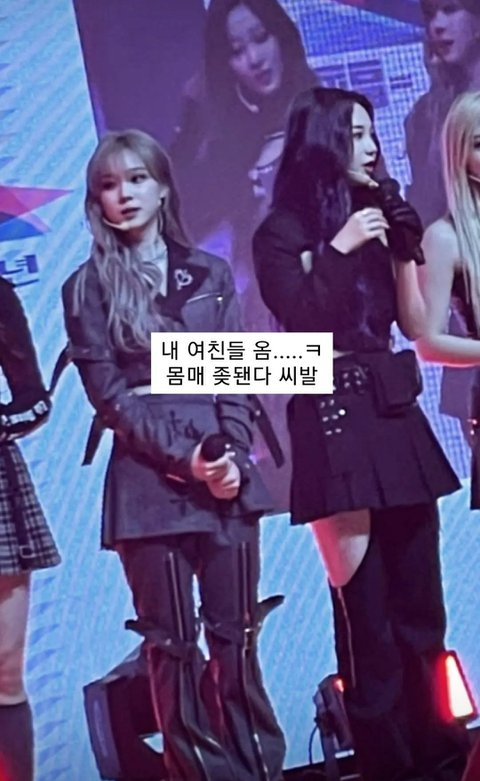 Their bodies are f*cked up, f*ck”
post response:
[+331][-11]
original post: here
1. [+158, -4]
Disgusting… but there are so many male communities saying “so what?” or have this kind of reactionsㅋㅋㅋ This kind of human are also the ones making of fuss about terms like “hubba hubba” or “oong-aeng-oong”ㅋㅋㅋㅋ These humans are degrading after receiving a complaint-terror at the convenience store (T/N: not too sure what incident this one is talking about – the most recent one involved a man throwing milk unto a male student for telling him not to eat anything past 9 PM but I don’t think that’s the case OP is talking about..)ㅋㅋㅋ They are f*cking pathetic and I can’t help but laugh
2. [+131, -7]
Characteristics of Hannams: Their typos and s*xual harassment (T/N: the male student is confusing 된다 with 됀다)
3. [+111, -3]
If he’s a high schooler, is that even something he can think of at his age? Why is he talking about other people like that? I hope that they reveal all the names of these s*xual assaulting f*ckers so that we can ease up the university admissions and filter them out
4. [+60, -1]
This was Kyungbok high school’s apologyㅋㅋㅋㅋ it’s a fact that the Kyungbok high school kids made s*xual remarks on their Insta stories so trying to put this on outsiders is hilarious “Today, the 101st anniversary ceremony, hosted by the Kyungbok High School alumni association, was held in the main school auditorium. Idol group aespa was invited to the ceremony to perform. However, after the event, there were media reports that inadvertently damage the reputation of SM Entertainment and aespa, and we offer our deep apologies.

However, as a result of conducting an on-campus investigation of students after the media reports, it was found that several outsiders who were not Kyungbok students visited the event, but were not permitted to enter for safety reasons. It can be inferred that, due to that incident, malicious articles that were never true were posted on some social media.
Nonetheless, as a result, we apologize again for harming the reputation of SM Entertainment and aespa with today’s event.” CR: Allkpop
5. [+23, 0]
The kids who uploaded those on their Insta stories are Oh Seunghwan and Jung Jaehoon ^^
6. [+22, 0]
Their level 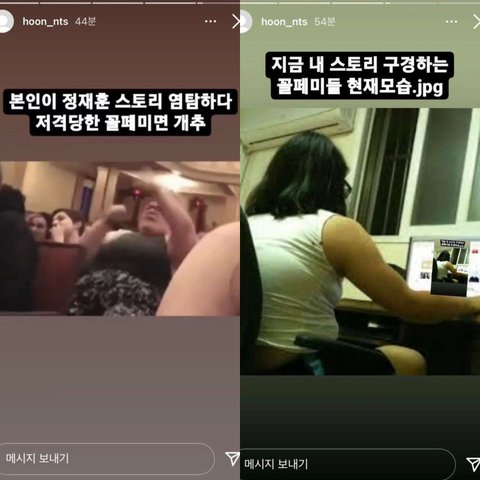 “- You are spying Jung Jaehoon’s story. If you’re a sh*tty feminist who got triggered, upvote
– The current look of the sh*tty feminists who are stalking my story”
[enter-talk] AESPA’S HIGH SCHOOL PERFORMANCE LOOKED A BIT CHEAP 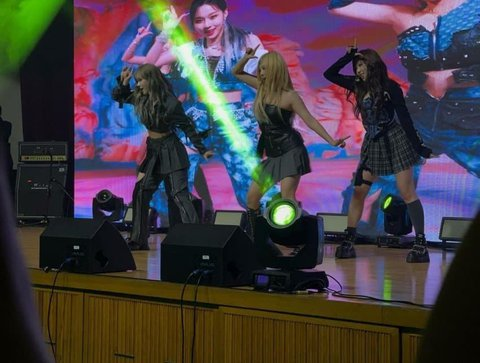 Instead of wasting their time there, they should’ve sent them to an university festival
post response:
[+115][-170]
original post: here
1. [+142, -32]
The Hannams were making s*xual remarks about Aespa and hating on them saying that they looked f*cked but you guys are looking at them and are also hating on them saying that they look cheapㅋㅋㅋㅋㅋㅋㅋㅋ and you’re still gonna deny the existence of “a woman is another woman’s biggest enemy” while blaming everything on Hannamsㅋㅋㅋㅋㅋㅋㅋㅋ
2. [+119, -10]
What’s the problem with a singer attending an event?ㅋㅋㅋㅋㅋㅋㅋㅋㅋ Aespa are seriously getting hated for every little thing nowㅋㅋㅋㅋㅋㅋㅋㅋ you guys really seem to have mental issues
3. [+92, -18]
I feel like Pann-girls are even worse than those male students when it comes to tormenting Aespa. If you think about how they tormented them even before their debutㅋㅋ
4. [+36, -4]
All of SM’s maknae groups went there so what’s cheap about it?ㅋㅋㅋㅋㅋㅋㅋㅋㅋ This was Lee Sooman’s old school no?
5. [+27, -3]
ㅋㅋㅋㅋㅋㅋㅋㅋ You guys are crying out Hannams but you’re acting the same ㅋㅋㅋㅋㅋㅋㅋㅋㅋㅋㅋ
[enter-talk] AESPA, HUMILIATED AT ALL BOYS SCHOOL FESTIVAL BY S*XUAL HARASSMENT… KYUNGBOK HIGH SCHOOL’S REP “THEY WEREN’T STUDENTS BUT OUTSIDERS“ 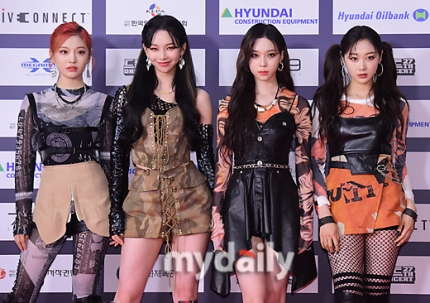 (Article talks about the statement Kyungbok HS released while adding that it’s the school that Lee Sooman attended. EXO, RV, NCT 127, NCT Dream, etc. also attended the event before)
original post: here
1. But they claimed that the school had a “prestigious image”??…………ㅋ
2. “Outsiders”ㅋㅋㅋㅋㅋㅋㅋㅋㅋㅋㅋㅋㅋㅋ bullsh*t
3. 🤏
4. The level of this school
5. Kick them out, these crazy f*ckers
6. ㅋ🤮
7. Their level..