Just what in the hell is she…ㅋㅋㅋㅋㅋㅋ 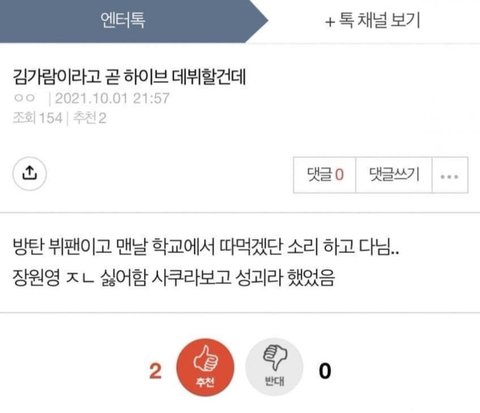 “Kim Garam is debuting soon under Hybe”
“But she’s a V fan and she keeps telling people she’ll f*ck him all the time.. She also f*cking hates Jang Wonyoung and she also calls Sakura a plastic monster” 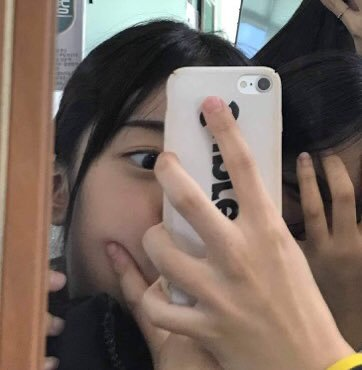 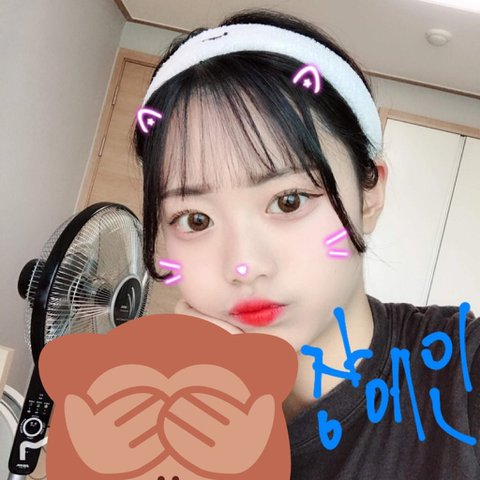 F*ck seriouslyㅋㅋㅋㅋㅋㅋㅋ How can she be a 05’er and has done all this already
3. [+300, -0]
Wow the people mentioning the things she said about Jang Wonyoung in the comments, she’s disgusting. She doesn’t need to be kicked out, but to retire
4. [+131, -0]
No but why does she have so many pictures related to s*x??? Will she d*e if she can’t have s*x?
5. [+128, -0]
Looks like she never had proper family education. Why is she fooling around like this? She looks so cheap
[theqoo] LE SSERAFIM KIM GARAM’S FRIENDS WHO WENT TO SEARCH FOR THE INFORMANTS AND THREATENED THEM TO BEAT THEM UP 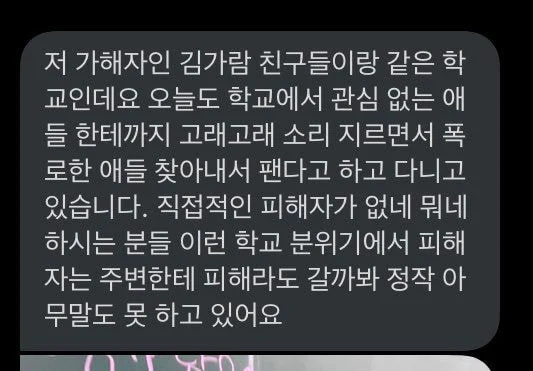 “I attend the same school as the perpetrator Kim Garam and her friends. Today too, they went to scream at the kids who aren’t even involved in this case and told them that if they find the informants who leaked the information that they’ll look for them and beat them up. These people keep insisting that there are no victims and  such, it’s because of the school’s atmosphere if the victims go around and talk about it, other people will be scared it’ll backfire so they can’t say anything”
original post: here
1.

Kim Garam’s teaser was released in the afternoon of the 5th. The victims of her school violence were staying still but Kim Garam’s friends bandwagoned on this and the news quickly spread out. I was on Facebook and there were already comments saying how they will drive the victims as perpetrators. There were a lot of victims who started crying and even collapsed to the news when they saw that the company would take legal actions against them
2. If this isn’t school violence, what is this?
3. ㅎㅎ.. I’m curious to see what’s going on in this school and found out it’s the same all-girls school that had the huge controversy break out in 2018..^^ Seriously everyone who is in the neighborhood knows how bad this school is..
4. Her friends shielding her are straight up gangsters
5. Right-wing + school violence^^.. Amazing
6. Her friends are proofs of her being a iljin
7. She’s still doing school violence as we speakㅋㅋ
8. Do you really think that Hybe taking legal actions against them will shut them up? I bet they weren’t expecting this kind of response
9. They’re still doing school violence in real time, if they want to help her out, they should just shut up
10. What an amazing friendship^^ I only pity the victims..
[theqoo] KIM GARAM’S VICTIMS STATEMENT

“People aren’t collapsing out of stress like that, the moment you ask Kim Garam’s victims at school the question “Were you the one who leaked her information?” they will start crying and collapseㅋㅋㅋ Sigh this situation is hopeless”

“Actually the real victims of Kim Garam heard the news yesterday and they started trembling and collapsed under stress, some took an ambulance and were rushed to the emergency room. The agency’s statement is secondary assault. How are they talking about taking action against 2nd grade higschool students? If the real victims of Kim Garam took action against her, she’ll risk not being able to show her face to the entirety of Korea do you think we need to go this far?”

original post: here
1. What is Hybe trying to do against kids?
2. Hybe, wake up
3. The company is the one committing school violence
4. Hybe is insane
5. They can still remove her now.. Save the other members…
6. They haven’t even debuted yet, can’t they just remove her already? Sigh
7. What to do with the kids who fainted…ㅠㅠ..Ha…
8. Kids’ school violence nowadays is severe… What are they thinking seriously…
9. This will give them PTSD
10. The most ironic part of Hybe is that they’re going around in UN pretending they’re peacekeepers meanwhile, they bring in a kid who anyone and their mom can tell is an iljinㅋㅋㅋ Just looking at her, you can clearly tell she’s a bully. I still remember GLAM’s controversy, once she becomes an adult and her victims also become adults, she will have another controversy like Park Hyesoo.. How are they not aware to take the victims into consideration?
enter-talk