(T/N: There are countless posts about her right now, we’ll try to do most of them slowly…)
[enter-talk] (CLASSMATE) LE SSERAFIM’S KIM GARAM WAS A SCHOOL VIOLENCE ASSAILANT
I went to the same middle school as Kim Garam for 3 years and she was so famous for her wrongdoings that it was to the point that there were no people who didn’t know her in the schools around ours. For a year, I was being f*cked over by Kim Garam and her clique and was getting so much psychological stress. Because of that, I severely detested going to school and every time there was a big commotion or violence happening in middle school, Kim Garam was almost always involved. I don’t know if she was smoking or drinking but if there was a kid that she didn’t like, she would always come with her clique and curse at them, torment them, attack them through FB… it was a daily thing for them to pick on one kid in front of everyone and shame and laugh at them. Her mouth was full of swears and s*xual jokes all the time… She was seriously the first girl I’ve ever seen with so many s*xual jokes in her….
As for the school violence, I was a victim. School violence doesn’t only involve fists right… What’s clever about being shamed is that there is no clear evidence left and it’s an issue that can be left in the past easily. Seriously, it’s so unfair for the victims who were so severely tormented like me. What’s worse is that I feel like they are slowly deleting all their comments and burying everything. Those were things that happened 3~4 years ago so I have even less evidence and it’s just so frustrating. Seriously, as soon as I heard news of her debuting, the victims from my high school and the high school around mine all came out and were wondering with what kind of guts is she debuting with (T/N: OP is now in high school) and were saying about how all her past will be revealed. If you were from the same middle school as her, you would know everything. All the shields that she’s getting right now are from the kids who used to be from her clique back then.
As expected, birds of a feather flock together. Do you think that iljin kids will f*ck over kids of their own clique? Of course they will treat them well… It’s not the time to be listening to assailants but to the victims.. It’s seriously disgusting and traumatic to see the kids who acted the same way as her shielding her… To the kids who are saying that everything was just a joke while trying to bury this down, please think about the victims once. For the evidence, I’ll leave a graduation album, the swears on TikTok and a school student ID. 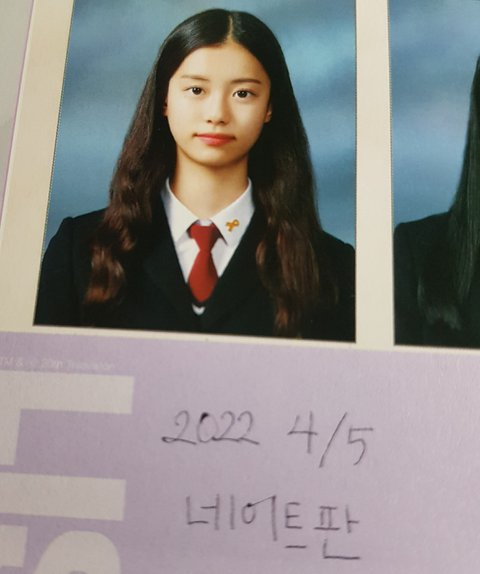 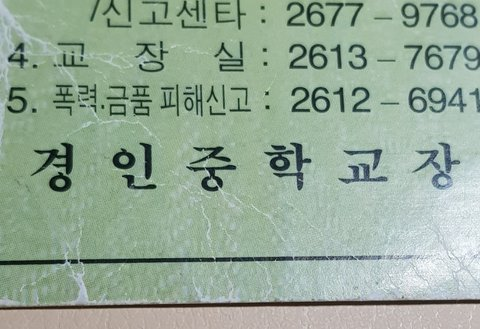 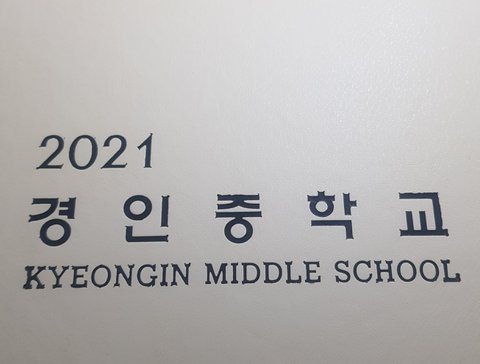 It’s true that HYBE should just send her away…. the finger pictures(?) keep coming out;; It’s way better to scrap everything and re-produce the album, the recording and the MV. Just try to take her in, what help will that bring?; We are telling you to postpone their schedule… We don’t care if the plan gets tangled up. A normal contract lasts 7 years so it’s better to start with clean members for the next 7 years
2. [+203, 0]
It’s true that if you think about the victims, you shouldn’t be debuting her. Seeing how big this is becoming on Pann, the “school violence” tag will follow her
3. [+169, 0]
It’s already debunked that all the clarification posts were written by the same person (T/N: see post below)ㅋㅋㅋ she’s a 05-liner and is still a student. Those are not things of the present but they are at least 2 years old no? How can you say that she was reflecting?ㅋㅋㅋㅋㅋㅋㅋㅋ I don’t believe that she was reflecting and because school violence assailants always get to continue their promotions, they are just debuting anyone. Please just throw them away. Must be damn nice to make a right-wing-school-violence group
3. [+167, -1]
Move this to enter-talk so a lot of people can see it
4. [+134, -3]
?

“Hybe emphasized ‘The allegations now include defamation of character against a member who is still a minor whose debut is approaching, so we will take legal action without any agreement or leniency.'”

Her best friend’s post on the featured talks disappeared ㅇㅇ… HYBE has gone insane… Just how talented is Garam for them to stick to her like thatㅋㅋㅋ f*ckㅋㅋㅋ S*xrafim, congrats on your debut..
6. [+123, 0]
Seriously, she’s no different than the bullies who were at my school 10 years ago… whether they were guys or girls, they made so many s*xual jokes and most of them made SNS posts like hers… For real, I’m getting PTSD because of those iljins back thenㅋㅋㅋㅋㅋㅋㅋㅋㅋㅋㅋㅋㅋㅋ sigh…
[theqoo] HYBE ROOKIE GROUL LE SSERAFIM. KIM GARAM’S FRIENDS ARE CYBER BULLYING THE KIDS THEY USED TO TORMENT RIGHT NOW 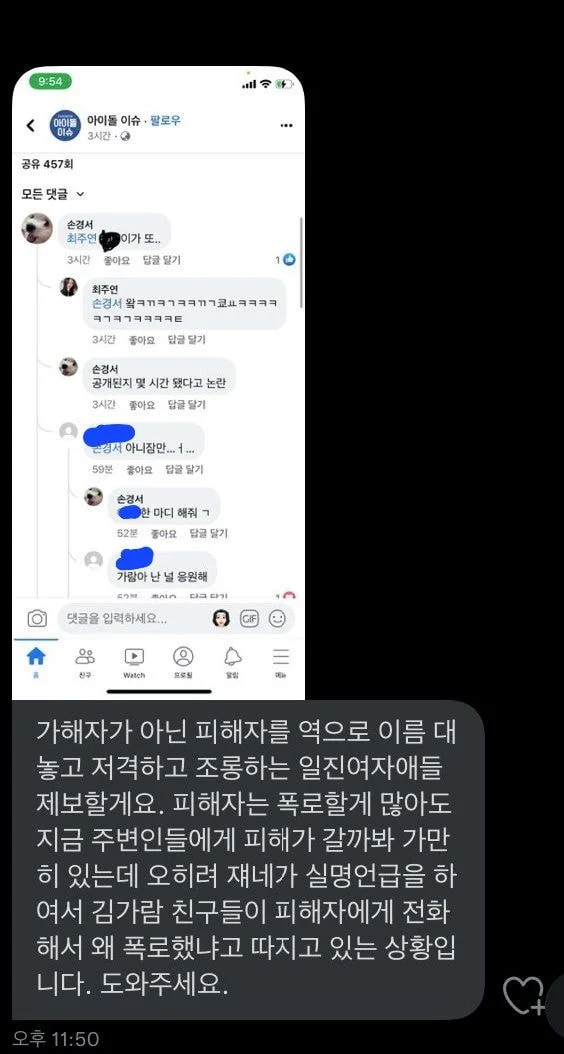 “I’ll report not from the assailant but from the victim’s point of view from which the iljin girls were tormenting them by calling out their name in front of everyone. Even if the victims have a lot of reveal, they are scared that it will hurt the people around them so they are staying still. They are tagging their real name and Kim Garam’s friends phone called the victims asking why they are exposing them and picking on them. Please help” 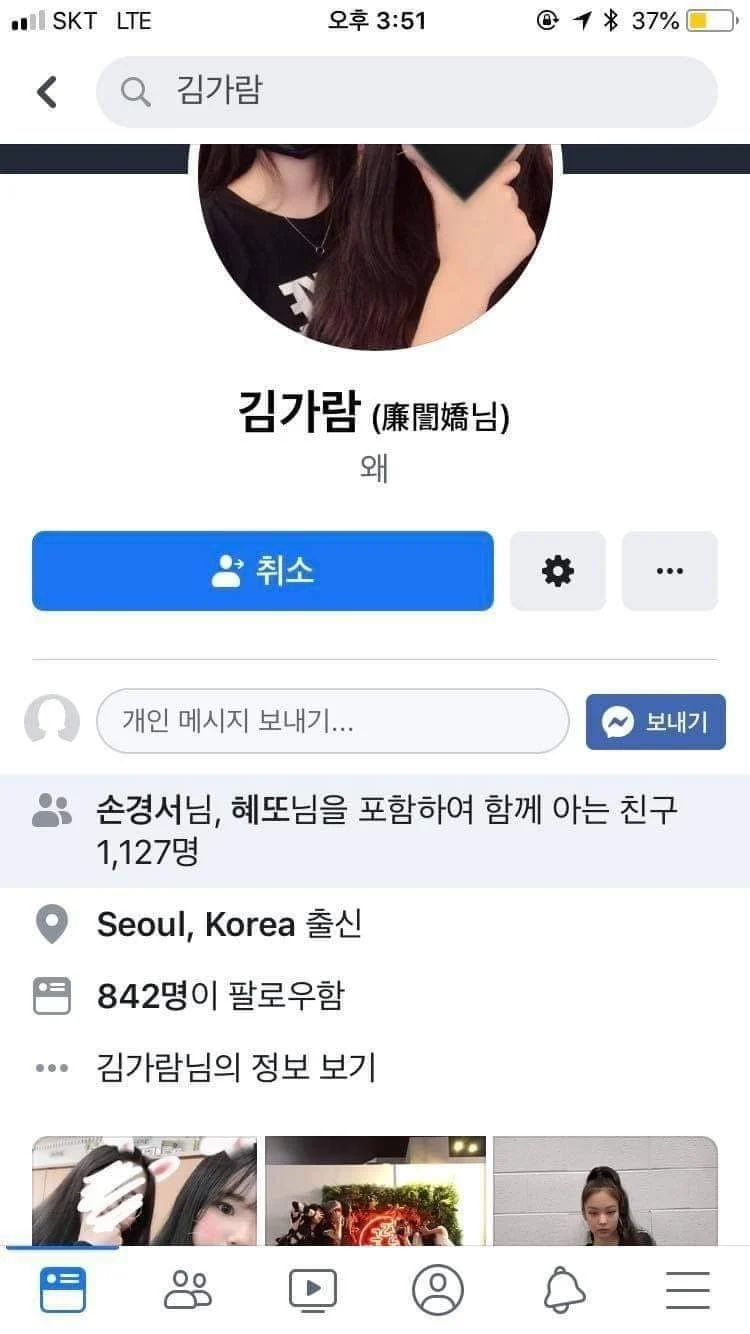 (Son Kyung Seo and Hye Ddo are friends with Garam)
original post: here
1. Seriously birds of a feather
2. Everything else aside, for the kids who are exposing everything right now, this bullying is still an ongoing thing. Every time they expose something, it takes a lot of courage so for a company to just brush it off is like laughing back to their faces and will make their school daily lives even more difficult. If HYBE is in their right mind, I think that they should be careful that this doesn’t fire back at their artist and not say that they are taking strong legal actions.
3. They are still tormenting them in real time
4. If they are gonna deny everything, they should at least make sure that her friends shut upㅋㅋㅋㅋ
5. They are birds of a feather aigoo…. sticking with her shows HYBE’s level…
6. They are giving way too much of that iljin vibe
7. Ohh scary
8. Birds of a feather
9. Her friends are instead making it even harder for Garam to debutㅋㅋ
10. Wow… the victims are way too pitiful… ㅠㅠ 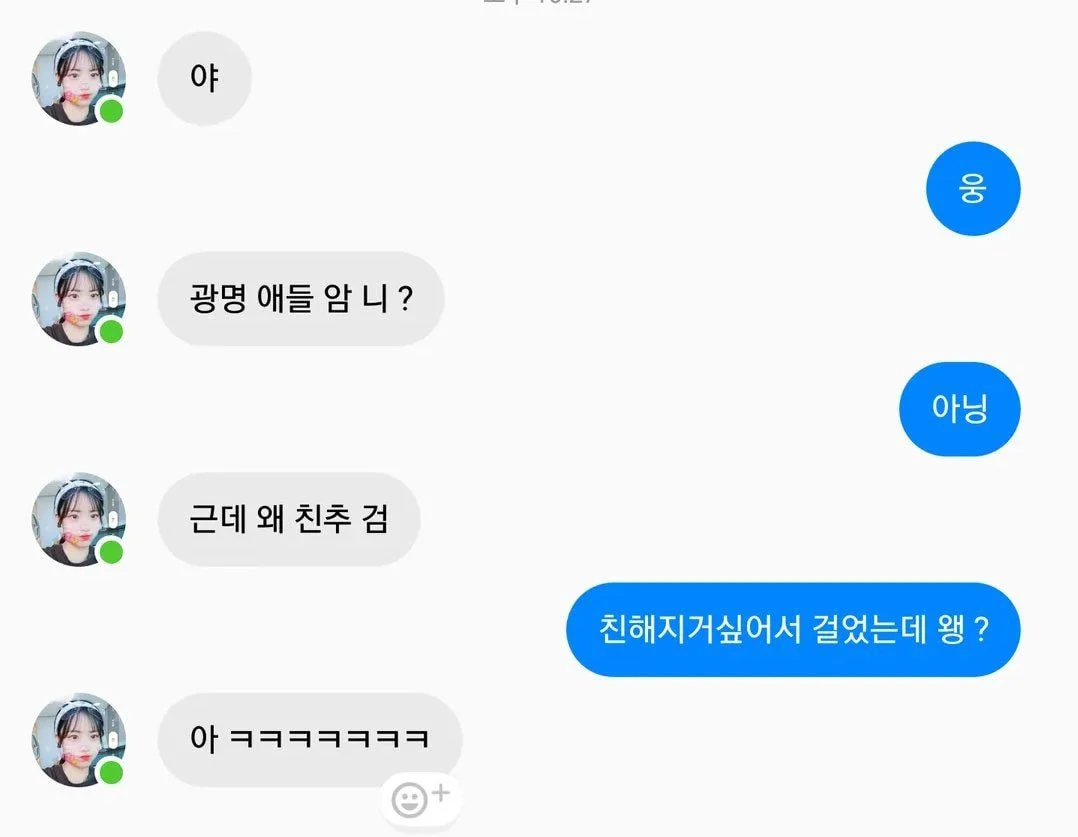 “Garam: Yah
OP: Yup
Garam: Do you know the kids at Gwang Myung?
OP: No
Garam: Then why are you sending them friend requests?
OP: I wanted to get close to them, why?
Garam: Ah ㅋㅋㅋㅋㅋㅋ”

“The way Kim Garam shamed others
If there was a kid from another school who sent her school’s friend a friend request, she would FB message all of them to nitpick and shame them”
original post: here
1. Ew
2. Companies need to go through their trainees’ student records ㄷㄷㄷㄷ
3. If she was at the age of graduation, there would’ve had even bigger evidences than the ones we got
4. Seriously, send her away before it’s too late
5. Just cut her off…
6. Please cut her off already ㅠㅠㅠ I’ll be understanding if they delayed their debut ㅠㅠㅠㅠ
7. At the end, this is all the same personㅋㅋㅋ Do they think that they can turn her into a victim just in one day?
8. She’s an onion… why would they debut someone like her? I don’t understand HYBE
9. The people who don’t understand the nuance in her words really have no tactㅋㅋㅋㅋ
10. ㅋㅋㅋㅋㅋㅋㅋ it was real… she’s still not withdrawing?
[theqoo] LE SSERAFIM KIM GARAM’S CLARIFICATION POSTS, THE 3 PEOPLE WERE THE SAME PERSON

if you look at the right side, there is a black dotㅋㅋㅋ Just how much in a rush were they that they didn’t even wipe their camera lens and took the pictures and upload them?”

Please share it a lot”
original post: here
1. Seems like this was a f*cking pain in the ass for the employee  ㅋㅋㅋㅋ
2. Aigo
3. ㅋㅋㅋㅋㅋㅋㅋㅋㅋㅋㅋㅋ this is comedy. HYBE and Source Music are freaking hilarious
4. Wow, why do it like that?…ㅋㅋㅋㅋㅋㅋ but you can tell right away that she was an iljin…. Her skirt was severely shortㅋㅋㅋㅋ
5. HYBE-yah… even small companies don’t act like this nowadays… sigh, f*ck
6. Wow but look at the hand writingㅋㅋㅋㅋ what kind of high schooler write numbers like that ㅋㅋㅋ
7. ㅋㅋㅋㅋㅋㅋㅋㅋㅋㅋㅋㅋㅋ the way she writes her “2” is too funnyㅋㅋ
8. She has that typical bully makeup
9. Employee, you worked hard…
10. The way they wrote the numbers in the first and second picture is the same
enter-talk