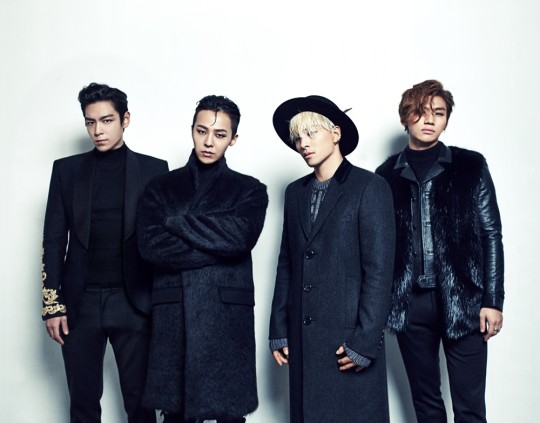 According to an exclusive report released by News1, BIGBANG finished filming the music video for their upcoming release. It will be BIGBANG’s first comeback in four years.

According to the publication, insiders believe that BIGBANG comeback, which was announced to occur in Spring 2022, will happen soon!

Back on February 6, 2022, YG Entertainment announced that BIGBANG would return this cominng spring.

In their statement, they announced that BIGBANG had finished recording the song. Fans are now curious about how the quartet’s sound would change, especially that rhis will be the group’s return since Seungri’s departure.

Cr. Kpopstarz
original post: here
1. 🤮🤮🤮
2. No but seriously I don’t understand why YG is acting so detestable, the fact they’re so shameless is even more disgusting
3. No matter how much you swear at them and insist on not listening to them, the moment they come back, they’ll hit #1 on music charts
4. Of course it’s going to bring buzz, Big Bang are a wallㅋㅋㅋㅋㅋㅋㅋㅋㅋㅋ Even criminals can make it to 9AM news now
5. I can‘t believe this is classified under “societal news”
6. They’re finally backㅠㅠㅠ I’m so happy to be able to listen to their new songs, I wish Bigbang a healthy promotion and let’s meet each other often ㅠㅠ
7. I can tell the standard the kids who decide to still fangirl on them have. Aside from Taeyang, they would all be considered criminals in society
8. Every time idols mention they like Bigbang, it kinds turns me off.. Maybe they’re used to seeing things like that since they’re working in the same industry as them..? But mentioning Bigbang as “big sunbaes they respect” and “they have good songs” makes me f*cking hate them
9. All I can think of is Burning Sun… I’ll be losing all hope if they’re able to achieve #1 when they comeback
10. Oh daebak I’m looking forwrad
theqoo