I’ve never seen a post being controversial about his acting but is it that bad?
original post: here
1. He will need a lot of practice
2. He’s alright for the role he has
3. He’s fine. He’s not amazing but he’s also not appalling
4. I’m enjoying the drama just fine. But during scenes where it’s supposed to be super sad, because his mouth corners have the tendency to lift up, I don’t know whether he’s smiling or crying and it’s a shame because the scene becomes ambiguous
5. Maybe because I don’t know he was an idol, but he’s not that bad
6. His expressions are kinda awkward but he’s fine, his face is winning
7. I wouldn’t say he’s appalling, but he’s buried down for sure… I’m not sure he’s fit for a lead role
8. But because he’s so handsome… He’s a pass
9. Maybe thanks for his character, he doesn’t shine that much? His character overall doesn’t say much and is the quiet type, so he fits it
10. He can’t act
[instiz] [EXCLUSIVE] ACTING-DOL HWANG MINHYUN, ‘USELESS LIES’ CONFIRMED AS MALE LEAD… IN HARMONY WITH KIM SOHYUN 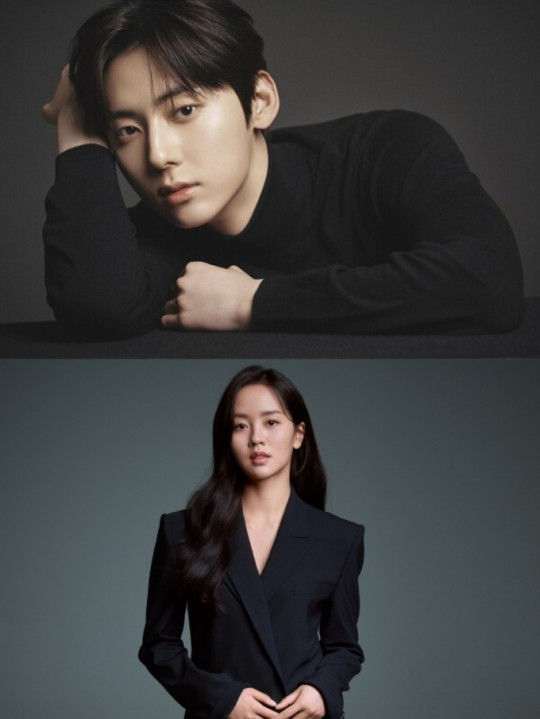 A new fantasy K-drama is in the works and a fresh pairing may be meeting the viewers soon. High off on the success of his last drama ‘Alchemy of Souls’, former NU’EST member and now soloist and actor Hwang Min Hyun has been approached for a lead role in a drama. According to reports, ‘Useless Lie’ is the story of a unique set of people.
The K-drama will talk about the story of a woman who has the ability of hearing lies and a man who refuses to lie no matter what. Hwang Min Hyun has reportedly been considered for the male lead role of Kim Do Ha. He is a producer-composer of the top scale in the country. However, he works under a stage name, and his personal details such as name, age, and marital status are kept private from the public. The actor has received the offer and as confirmed by his agency, PLEDIS Entertainment, he is currently positively reviewing it.
On the other hand, Kim So Hyun has been reached out for the role of the female lead, Mok Sol Hee. She has given up on happiness since her childhood as she can easily hear the lies of the people. Her life takes a turn when she meets Kim Do Ha and she finds a lot of new trouble coming her way.
‘Useless Lie’ will consist of 16 episodes and will be directed by Nam Sung Woo. The director is currently working on his upcoming drama ‘Love in Contract’ starring Park Min Young, Go Kyung Pyo, and Kim Jae Young. His past works include, ‘100 Days My Prince’, ‘Kill It’, ‘Kkondae Intern’ and more recently, ‘My Roommate Is a Gumiho’.
CR. Pinkvilla
source: https://entertain.naver.com/read?oid=396&aid=0000624484
original post: here
1. What are they going to do about the acting balance
2. I really hope Sohyun picks another work…
3. Is this drama so so? Why are the reactions so bad?
4. He can’t act, I hope he practices
5. He acts with his foot what to do… Sohyun-ah let’s pick another dramaㅠㅠㅠㅠㅠㅠ
6. Hwang Minhyun is fine, maybe my standards are too low…ㅋㅋㅋㅋㅋㅋㅋ
7. So they don’t expect us to look at their acting anymore..?
8. Why are the reactions like that…? Is his acting that bad..?
9. Ah what the heck is thisㅜ Sohyun-ah… Please pick something elseㅠㅠㅠㅠㅠㅠㅠㅠ
10. He’s fine in Alchemy of Souls though?
> But Hwang Minhyun isn’t a big name in acting and he even has articles about his foot acting, do you think he’s some acting prodigy?? ㅋㅋㅋㅋㅋㅋㅋ He’s only good because the other actors are there
instiz