T/n: FIY Theqoo has crashed due to the elections – it is important to remind in this time that reactions online don’t represent all of Korea 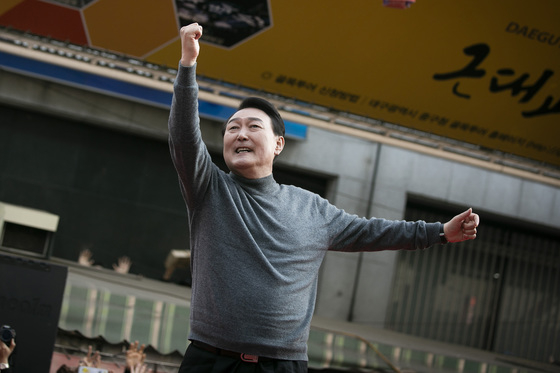 Please build a normal country
2. [+541, -29]
This was not a victory for the Conservatives. It stems from the disappointment with the Moon administration. Don’t rejoice or show your keenness too much. People’s hearts are very bitter right now. Please, I hope you can lead the country well.
3. [+458, -27]
Elected candidate Yoon, you didn’t get elected because you were good or did anything worthwhile. You can tell just by looking at the results, but you need to realize how difficult the decision was made by the majority of the people. The people who voted for you are so tired of the current Democratic administration that they chose to hold on to even a glimmer of hope. Doesn’t this result prove it? It means that you were elected because they hated the state of the current government, which was unable to keep a single seat even after securing 180 seats and filled their stomachs. The Conservative’s victory…? You didn’t win. The people are the ones who are giving you the opportunity to restore the country back to normal, it’s not a victory.
3. [+226, -29]
Congratulations. I hope you keep your promises and become a respected president.
4. [+132, -20]
The corruption of the pre-election should be thoroughly investigated. Reorganize the judiciary system to restore the broken laws!
5. [+138, -100]
Now that you have become president, you must investigate the stock price manipulation done by your wife and mother-in-law. Get a special inspection in Daejang-dong, and justly reveal the Sewol Ferry truth and lower housing prices. I heard you’re for justice. I hope you do it properly. Anyways, today, I hate my country. And you’re representing it.
[naver] LEE JAEMYUNG, ACCEPTS DEFEAT… “I WILL TAKE RESPONSIBILITY OVER EVERYTHING 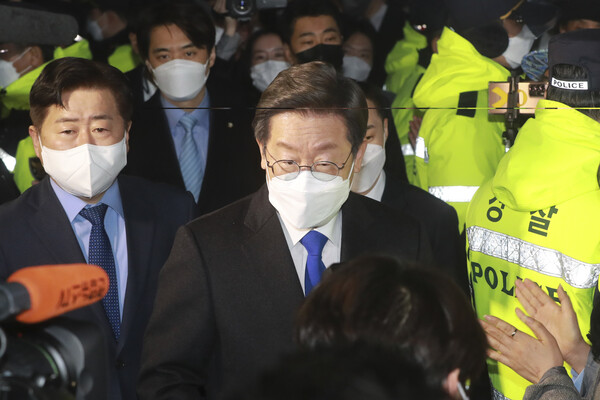 Democratic Party presidential candidate Lee Jae-myung said on the 10th, “It’s all because of my shortcomings. It’s neither your defeat nor the Democrats’ defeat. All responsibility rests solely with me.”
At 3:47 am on the same day, he held a press conference at the Democratic Party of Korea in Yeouido, Seoul, and said, “I did my best, but I did not live up to expectations.” “Congratulations to Candidate Yoon. I earnestly ask that the elected president usher in an era of unity and harmony beyond division and conflict.”
[…]
“I still believe in our people,” Lee said. “Our people were great,” he said. “As long as you are there, Korea will keep moving forward,” he added.

original post: here
1. [+1,376, -347]
That happens too… Our country still has a long way to go to become an advanced country… We will keep accepting these freaking apologies, we’re indeed freaking pigs..
2. [+1050, -190]
The way to ruin a nation is to choose the person who destroys the nation as the leader and follow the path foolishly. The expected collective intelligence turned out to be too weak, and the lower classes could not even discern who was for them, so they gave up all their power to the establishment again. It’s deplorable. If you call a country a country who elects a pig wearing a human’s mask as president… There will truly be no more nights where I will be able to rest peacefully
3. [+668, -214]
We really voted Yoon Suk-yeol ..ㅋㅋ this will become a mess
4. [+558, -292]
Opening the hell gate
5. [+210, -29]
He did well. At this point, we can expect greater progress only when we have been properly subjected to the own consequences of our actions. I think it will be a good thing for the next presidential election and the general election that will precede it. Sometimes shock therapy is needed. Anyway, congratulations on your election to Mr. Yoon, but the joy won’t last long. Since the pain will hit us two-three times harder, Let’s start our conversation, conscious voters.
[teens stories] NO BUT IS IT A SIN TO VOTE FOR YOON SUK-YEOL?

I’m in my 3rd year of high school so I don’t have the right to vote
But on Pann, everyone treats every celebrity who vote for Yoon Suk-yeol like some kind of criminal;;
Do you think that people really vote for based on the candidates’ election promises? Of course they only vote based on their political party…
Do you think that 70% Daegu or Busan all voted wrong?
People will just vote based on what will benefit themselves
If Seoul and Gwanju vote Democratic, they are also voting on what will benefit them.
Maybe less than 10% of the voters actually vote based on the qualifications of Lee Jae-myung or Yoon Suk-yeol as president.
Whether people vote for Lee Jae-myung or Yoon Suk-yeol, people can do whatever they want with their vote
So why are we people-blaming? I don’t really understand
post response:
[+644][-450]
original post: here
1. [+347, -49]
They are just f*ckers. Cursing at others who don’t have the same view as you… f*ck, is this communism?
2. [+236, -150]
Even during the 19th presidential election (T/N: when Park Geunhye was elected), people cursed at Daegu so much. But when Moon was elected, the country was almost on the brink of collapseㅋㅋㅋㅋThey are all more or less the same but when it came to election pledges, I liked Yoon more so I voted for Yoon
3. [+147, -29]
Don’t people vote based on who they think will lead the country better?ㅋㅋ
4. [+90, -60]
Yup it’s criminal… just try to live the next 5 f*cked up years…
5. [+57, -52]
Yup, Hannams should go back to FMKorea
teens stories