(T/n: Singles Inferno’s Freezia/Song Jia is currently getting into some kind of controversy because netizens have discovered that she was wearing fakes/replicas of designer outfits) 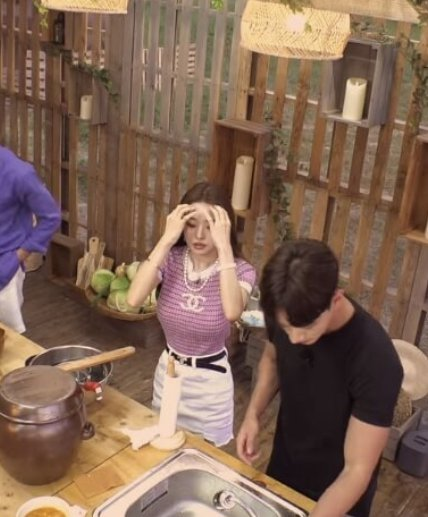 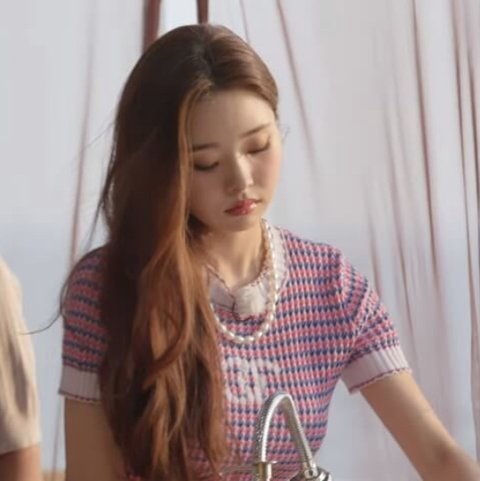 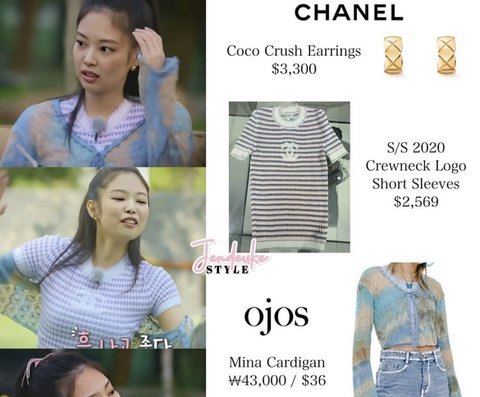 Even aside from her Dior top, she wore another fake Chanel top on Singles Inferno
The last picture is the real one being worn by Jennie
My mom works in the fashion industry and she knows a lot about luxury items and she can tell that the logo and colors are definitely different.
I feel like she needs to give some kind of explanation. I feel like someone like her who wants to make her own clothing line shouldn’t be wearing fakes on public broadcasts…
(T/N: the Dior top for reference – it costs around 16,000 won) 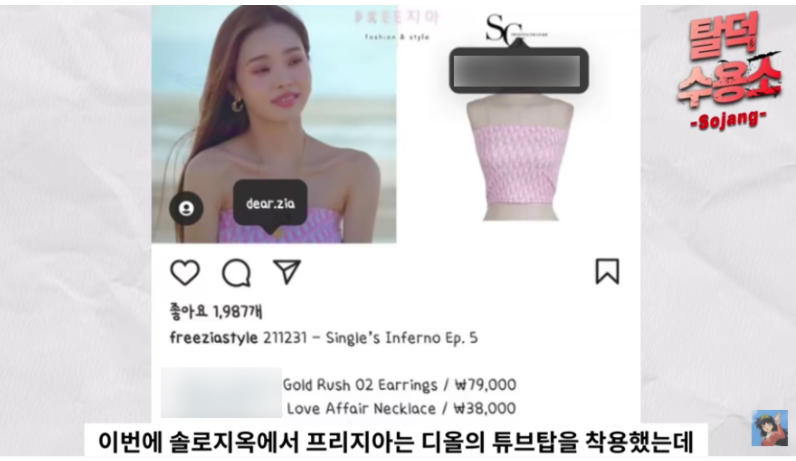 + Other fakes she worn 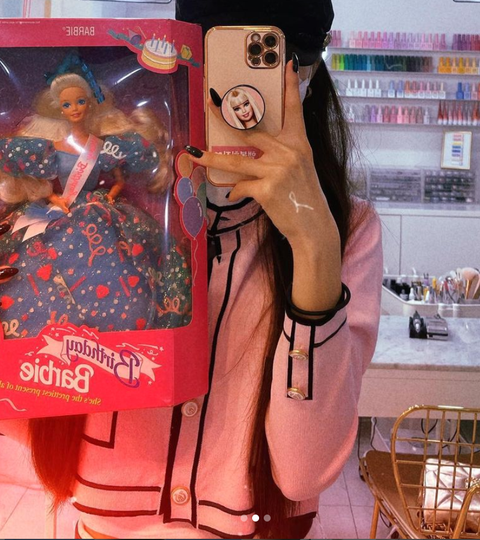 This top can be found on the online shopping mall ‘ㅅㅇㅌㄱㄹ’, they sell the cardigan with the exact Chanel pattern 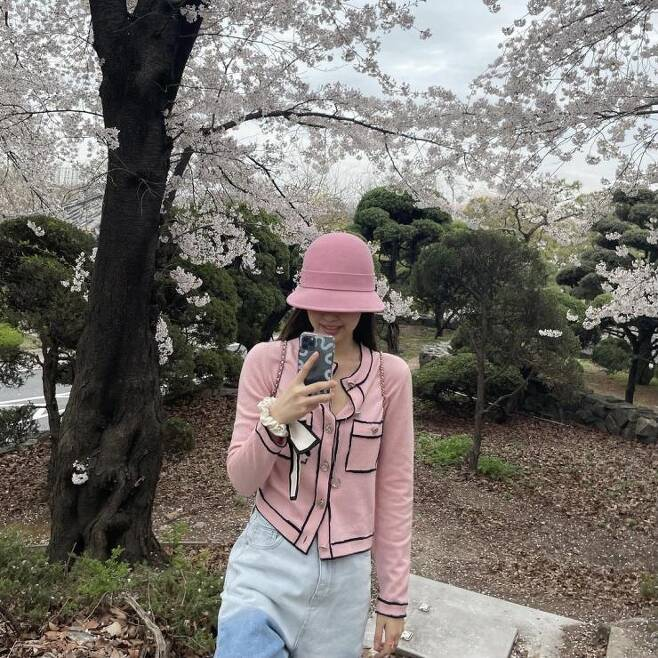 This one was worn by Jennie and it’s from Chanel S21 season, you can tell that the details and buttons are different. 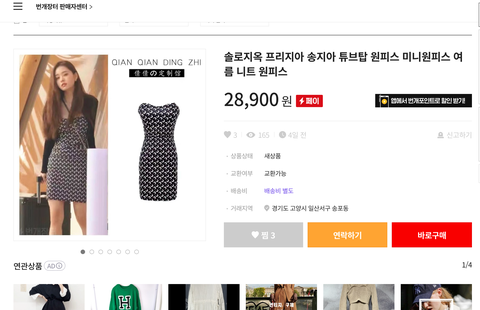 This one was worn by Freezia when she went to Paradise and you can tell right away that it’s Marine Serre. But no matter where you look for this one dress, you won’t be able to find it on Marine Serre’s official website, nor Farfetch.
Turns out, it’s around 20,000 won and it’s from a Chinese website. 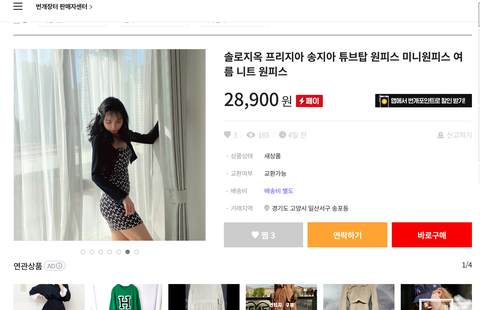 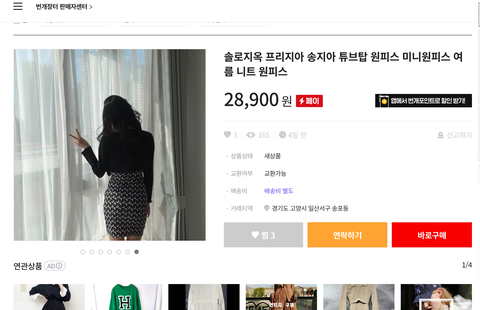 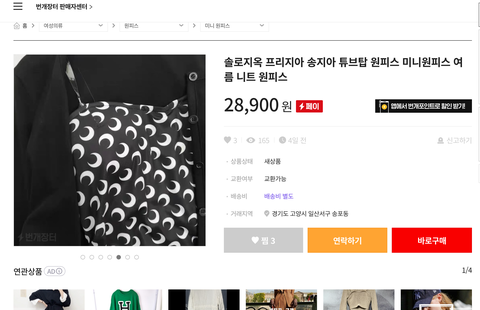 I feel like she clearly deserves criticism for this. It’s possible that she wears these without knowing but Freezia has always had a lot of interest in luxury brands so I hope she gives an explanation as to why she’s wearing things that she clearly knows are fakes.
+ For the kids who say that the Chanel one isn’t fake 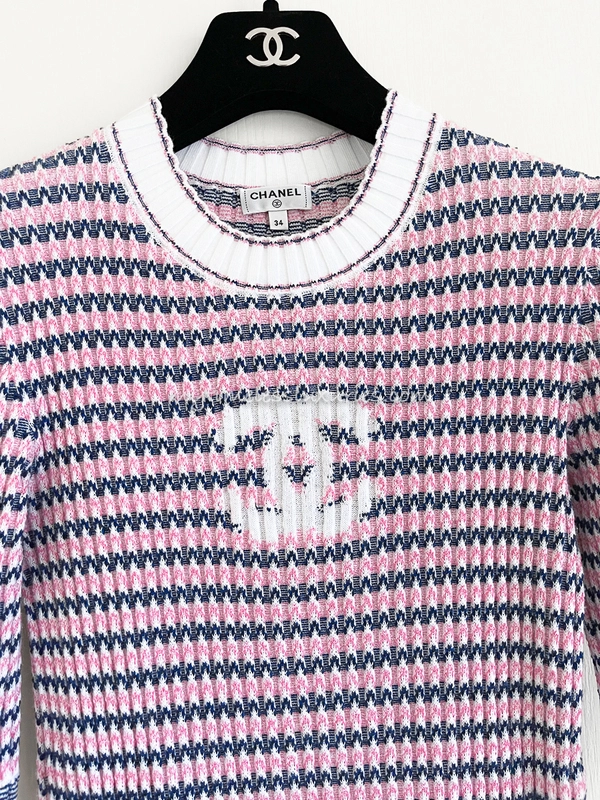 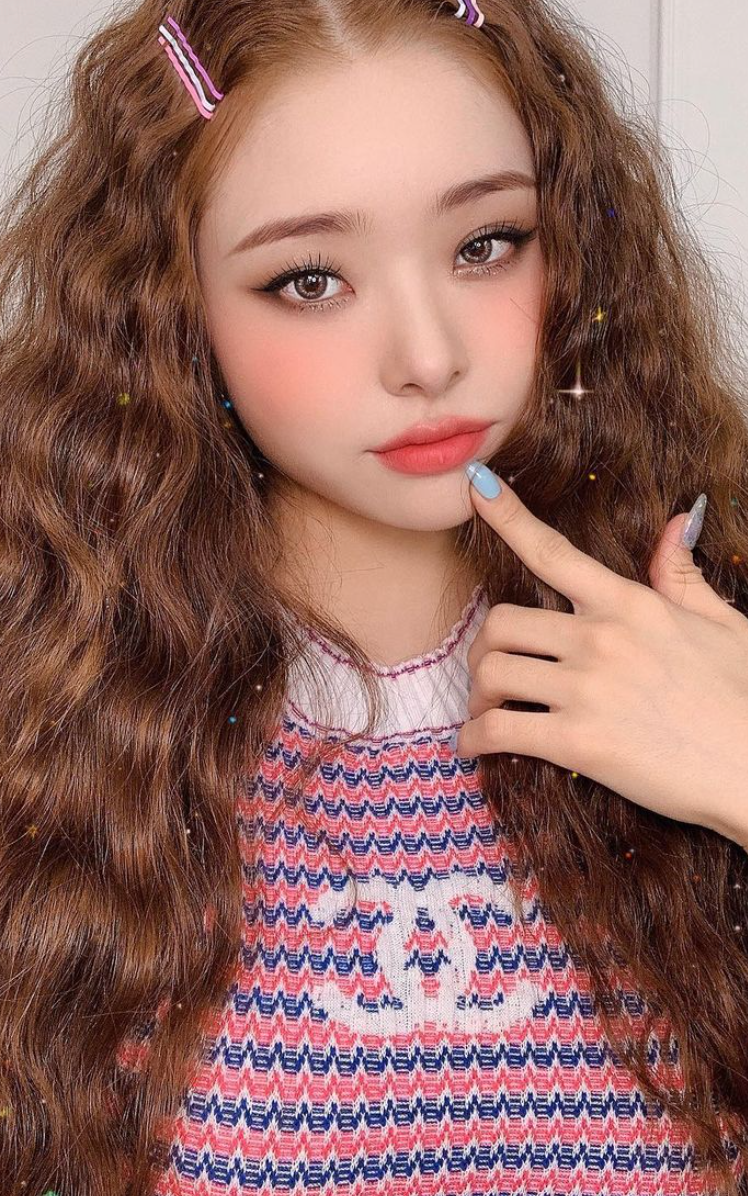 This top has a thick logo… If you don’t believe me, just Google ‘Chanel knit top’ and compare it yourself. Also, this item is super hard to purchase to start with.
You guys are saying that Freezia’s logo is stretched but how can it stretch that thin? If anything, the logo should stretch out wider so it can’t get thinner.
post response:
[+1,000][-112]
original post: here
1. [+452, -105]
She changed her name, faked her golden spoon concept, her apartment in Trimage is owned by her company and she’s currently preparing to become a celebrity under that company (T/N: Trimage is a luxury apartment complex – BTS Jungkook used to own an unit there)

(In order to become an influencer, she changed her common name (Hyunji(?)), at first, she was wearing fake designer clothing and if you look at her parents’ house, it’s extremely average. Because her YT started to get traction, her company rented out an apartment in Trimage (she’s not a commoner, she’s doing YouTube with a “golden spoon” concept given to her by her company). She said that her dad’s job is being a dentist but it’s fake. Her shinyeos (T/N: slave – derogatory term for fans) and living through her golden spoon lifestyle but her channel seems to be operating exclusively for Chinese people.)
2. [+430, -163]
Hul daebak, this is seriously fascinating. How can she wear fakes on broadcast?? She’s a bit ignorant
3. [+375, -10]
Looking at the comments here, looks like it’s fine to wear fakes around ㅋㅋㅋㅋㅋㅋㅋㅋㅋㅋ
4. [+375, -10]
Wow OP’s discerning eye for luxury goods are impressive ㅋㅋㅋㅋ
5. [+261, -5]
I’m shocked that she’s wearing fakes.. But I’m more shocked that she already had a company even before starting her YT channel. I thought that she was a complete commoner. But she’s a made up celebrity
6. [+260, -4]
Facts

(She was in the department of Vocal Music at the Busan High School of Arts and her household is extremely average. Everyone thinks that because she’s in arts, her family must be rich but when it comes to the finances for attending the Busan High School of Arts, you could do it with a bit of a burden even if you are in the middle class (school fees, lesson fees, school bus fees if you live far, recruitment fees for performances, etc.). I find it f*cking hilarious when kids who don’t know anything go “art department.. wow..”, so I’m leaving this comment)

I don’t think that people realize why it’s problematic to wear fakes on broadcast or on YouTube. For real, there are so many kids who clearly are wearing fakes on Insta and who do it with confidence ㅜㅜㅋㅋ Seriously, when I watched Freezia on Solo Inferno, I thought that everything she was wearing were real although I was dubious of her Dior top..
[teens stories] BUT THE FACT THAT FREEZIA IS PAYING RENT…
Why is it considered a controversy..? You could tell right away that she was living on rent. Also, you still need to be somewhat rich to be able to afford rent no?? I don’t know much about houses so I could be wrong
post response:
[+446][-25]
original post: here
1. [+148, -9]
Apparently, her company was the one who bought her Trimage apartmentㅋㅋㅋ Even big companies wouldn’t do that for you. Looks like the dumb kids who believe this are all gathered hereㅋㅋㅋㅋ She should sue people for false information
2. [+124, -42]
Her shinyeos are living through her saying that she bought a Trimage apartment in her 20’s and are fangirling on her. But turns out, it’s all her company’s money and it was all a concept. That’s why it’s problematic. Because it’s an image made by a lie
3. [+121, -105]
ㅇㅇ she earned all of this from the golden spoon concept that her company made for her. Before that, the house that her parents gave her was an average one-room apartment
4. [+80, -4]
The deposit for a Trimage apartment is in the hundred million wons and with the rent, it’s over 200-300 million won. Her company isn’t even a big company but a mid-sized one. Do you really think that they’d do that for her?ㅋㅋㅋㅋ
5. [+29, 0]
But where did you find that her company bought it for her? Is it really the truth? I’m asking out of curiosity. Then, those are just made up rumors without proofs. Seeing how people are hating on her for changing her name is the most hilarious thing. What is there to hate about?…
6. [+52, 0]
Even SM wouldn’t buy Trimage for you, f*ckㅋㅋㅋ.. Are the trolls here? You must be so excited
[enter-talk] IS FREEZIA’S CROP TOP REALLY FAKE? 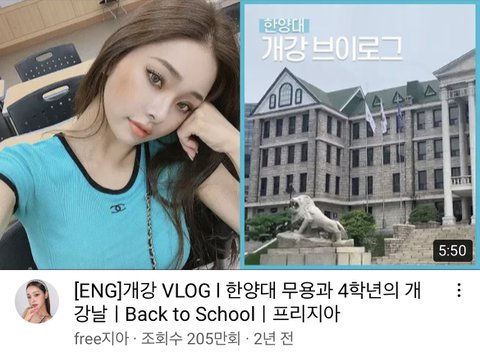 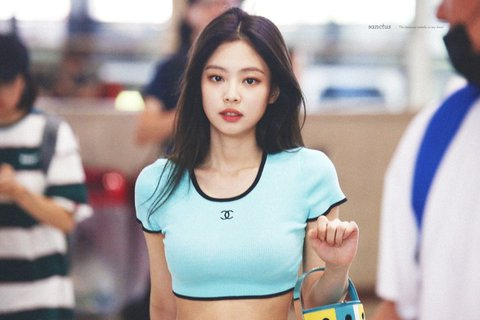 The mint crop top that Jennie popularized was only sold in France up to 1999 and they said that they don’t produce it anymore now? Jennie said herself that she inherited it from her mom so where did Freezia get hers? Is it fake?
post response:
[+458][-31]
original post: here
1. [+463, -5]
The mint top that Jennie is wearing was bought in a vintage shop in Japan and she said that the inner piece that she was wearing at a Chanel event was her mom’s clothes. I don’t know why people are distorting what she said. (T/N: Chanel “inner piece” for reference) 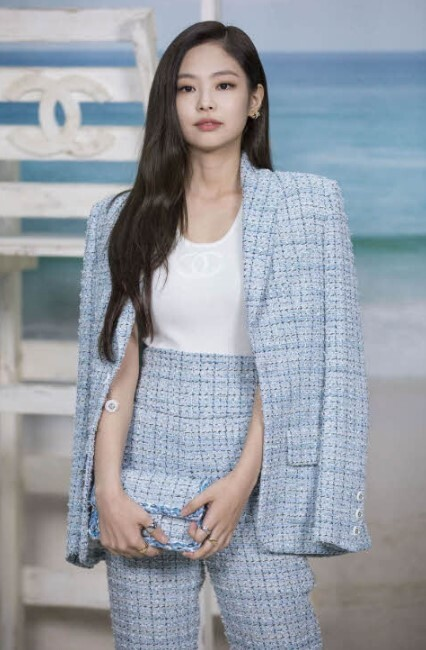