I was watching some YouTuber and I think that what they said is right.
She’s dancing to Joy’s part in Feel My Rhythm but does she have to shake the tree like that? It’s so unnecessary. For real, she’s shaking it like she was gonna snap off the branches 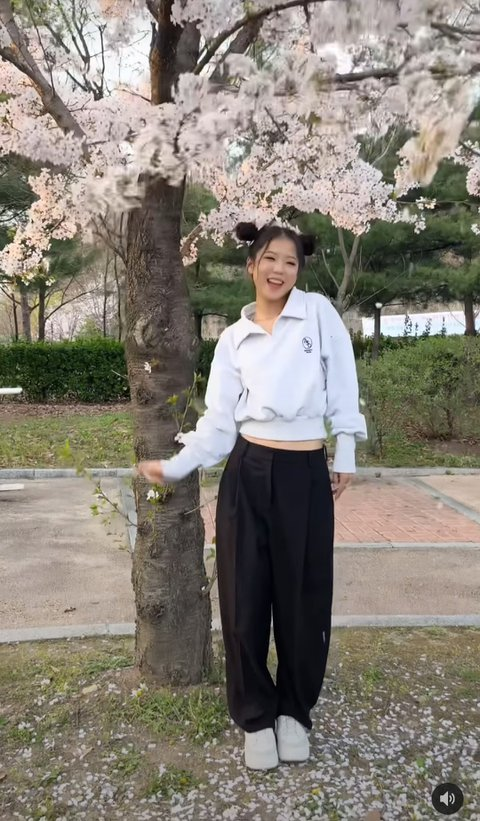 post response:
[+593][-29]
original post: here
1. [+357, -9]
It’s true that those actions are mannerless… If they are gonna shake off all the petals like that, what is the next person supposed to watch…? Please, I hope that people stop doing things like that. I went to look at the cherry blossoms this week and everyone was taking their own pictures while shaking and snapping off the flowers;;
2. [+336, -10]
I also find this quite upsetting… I think that I’m like this because I was taught at an young age to not snap the flowers off. I know that trees don’t feel pain but as I grew up, I learned that these trees were planted using people’s taxes so people don’t tell others not to snap them off for nothing… What would happen if everyone did such thing; To be honest, when I see people doing that, it makes me raise an eyebrow. It also makes me wonder if they are Chinese
3. [+276, -9]
But this isn’t even forced hate… if my friend acted like that, I think that I would say something;
4. [+122, -3]
I think that snapping them off is an issue but isn’t purposely shaking off the flowers also an issue? I don’t know if they filmed this in one shot but they must’ve filmed it in multiple shots. Then that means that they kept shaking the flowers off.. It’s not like that was her tree. Multiple people are looking at it. How can she only are about her own interest and shaking the flowers off like that?
5. [+81, -2]
No but the kids under are so ignorant. They must be kids who pick the flowers off to take their own selcasㅋㅋ
6. [+78, 0]
The issue is that people always suck up to YouTubers or TikTokers as if they did something great. Sigh..
theqoo