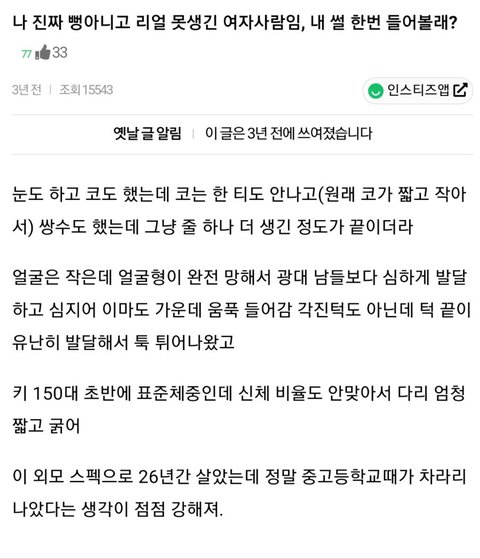 “I’m seriously not joking, I’m a really ugly woman, can you listen to my story?”