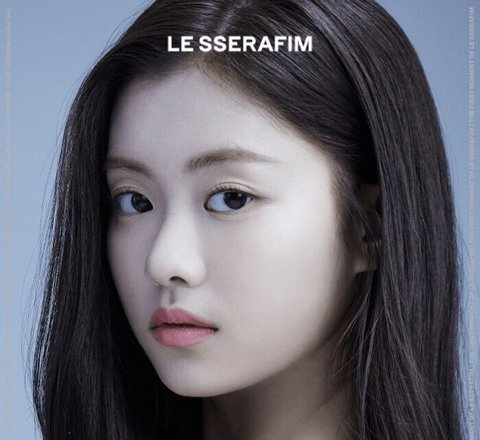 Everyone probably knows this, but an idols’ controversy means gaining more interest

Just look at the difference in fancam views between debuting without any controversies and debuting with controversies.
Once Kim Garam debuts, there will be f*cking lots of people who will swarm in wondering how well she does/why is she popular and the trolls will all flock in to watch her fancam..
And if half, no, even one quarter of them ends up finding her pretty, they will star rewriting her past and there will be a huge possibility of them even becoming fans
They will think stuff like ‘there’s no way that with such a vulgar past, she’d be able to debut’ and the fans will only see what they want to see in her
And with time, people will start forgetting about her past and star sharing those “otaku gifs” of her and make gifs out of her videos and post Youtube shorts that will gain her even more talks, in the end her male and female fans will only increase…
I’m sorry to the people who love Karina, but Karina too, in before debut, she created a huge issue (whether there’s a difference in the proofs certainty or not). She was even more the target than Kim Garam and people viewed her even more disgustingly. Regardless of whether you think their controversies are similar or not, they all thought “So they’re debuting a kid like that?!” and said similar things…
Yet, nobody would’ve predicted that her image would unfold like that. Whether it was a rumor or not that she bashed other SM sunbaes (I’m not saying that her rumors are true) but right now, all her rumors are wiped out and the same people will end up giving her hundreds of views by watching her Youtube shorts when they’re bored..
[…]
I feel like Hybe sees this possibility and is debuting her because of that.
If not for Kim Garam’s controversy, even if they’re mentioned on Pann, people will just say stuff like ‘that’s Sakura and Kim Chaewon’s group~’ and there’s a chance that this falls through, but now that Kim Garam’s controversy is there, people will click her post at least once no matter how disgusted they are by her and her fancam views will rise…
Whether this group gains positive or negative feedbacks, they will first and foremost gain interest and this is a huge plus
Summary: Hate comments are way better than no interest -> Hybe is thinking this way and debuting Kim Garam
post response:
[+493][-60]
original post: here
1. [+546, -4]
But honestly, the scale is way too different ㅋㅋㅋㅋㅋ She’s pulling the most legendary school violence controversy before debut and there are tens of kids out there exposing her, and nobody is here shielding her. The only kids who tried to shield her were the kids who were in the same group as herㅋㅋㅋㅋ I don’t even view what she did as rumors, it’s literally just fact
2. [+472, -5]
But you can never bury school violence. Look at Park Kyung, with all that seniority, he was finally cancelled in the end and this just shows you can’t play dumb and just let school violence slide. Of course you can try to cover it up for a little while, but if Le Sserafim really hits big, this will raise again from the waters. Do you really think her victims will stay still? Look at Stray Kids Hyunjin who is promoting right now. He had to acknowledge his school violence and apology before going back to promotionsㅋㅋㅋㅋ but now his school violence tag is attached to him. Kim Garam too, once she acknowledges and apologizes, she’ll have the same choice, whether to promote and keep receiving hate or withdraw
3. [+213, -27]
This is trueㅋㅋ Karina’s rumors aren’t certified but if you look at her Youtube fancams comments, half of them are swearing at her and the other half are praising her for her looks, her small face and her dancing. I bet it’ll be the same for Kim Garam
4. [+171, -2]
Even the female community pick Seo Soojin’s fandom was so huge, yet she got cancelled. The female idol one top Irene also got cancelled. But this kid who hasn’t even debuted is already being exposed for her school violence and it turned out to be true, so do they really think she has a chance to do well…? Is this post trying to gain some kind of hype for her?
5. [+108, -0]
Yeah the s*x-b*tchㅋㅋㅋㅋ Just how much does she want to have s*xㅜ
KIM DONGHEE'S SIDE "IT HAS BEEN FOUND THAT THE SCHOOL VIOLENCE EXPOSER HAS BEEN FOUND NOT GUILTY...BUT HE DID NOT TORMENT A DISABLED PERSON"