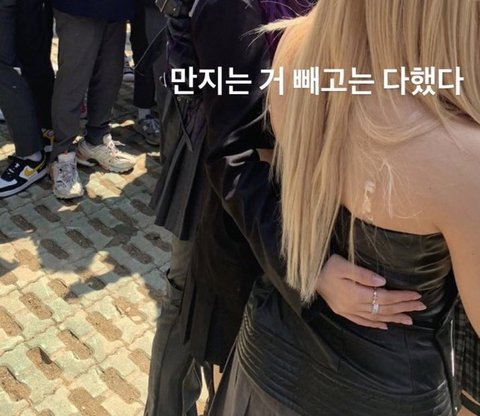 “I did everything but touch them” 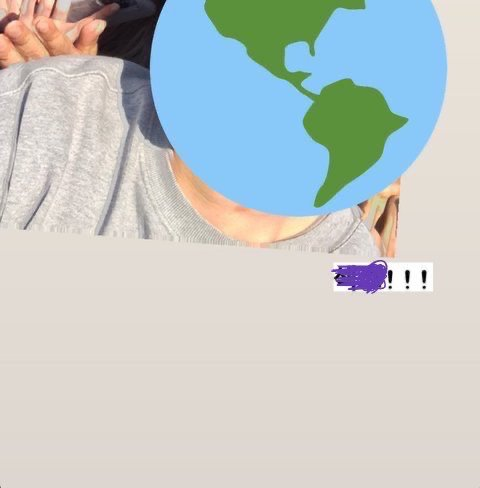 The female student from Jinmyung female high school just had to write the wrong letter and her personal information and face was all over the internet, she was publicly shamed for what she did and the country threw itself upside down…ㅋㅋ What’s up with this different temperature? (t/n: ie. the reaction is lukewarm to Aespa)
2. [+608, -6]
That’s why we’ve been sending complaints to the education commission and reporting this as a crime for obscene use of communication media with our proofs
3. [+438, -3]
Let’s reveal the real face of the assailant~ why~~ don’t you guys not remember the consolation letter?ㅋㅋㅋ (t/n: from Jinmyung high school)
4. [+438, -17]
Apparently they got freaking bitten upㅋㅋㅋ deserved

“They trespassed the stage.
The f*cker who took pictures is being tortured
Ah he’s getting beaten up right now from his hyungs”
3. [+378, -5]
There’s this too 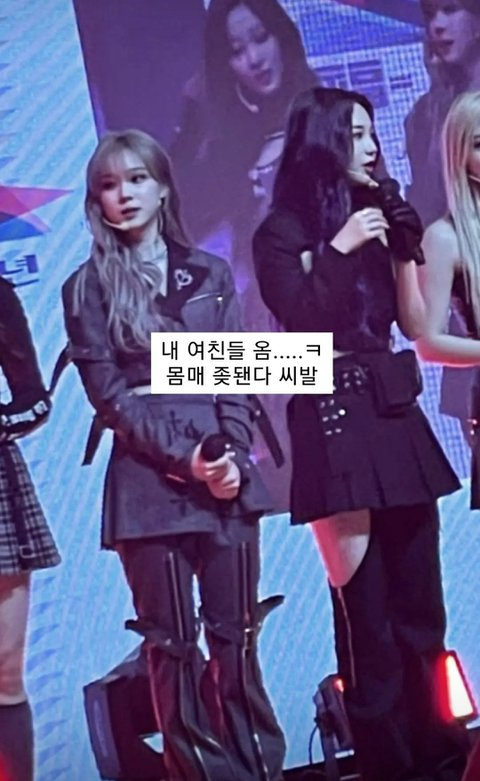 “My girlfriends are there…ㅋ But their bodies are f*cked f*ck”
4. [+373, -0]
Wow they’re really spitting those s*xual harassment words on their SNS for other people to see? Do they lack this much self-awareness that they don’t see the issue at all? They’re the kids who will grow up s*xhually harassing female idols on communities ..
5. [+298, -2]
Right now, every media has started reporting about this high school. Wasn’t the s*xual harassment crazy? 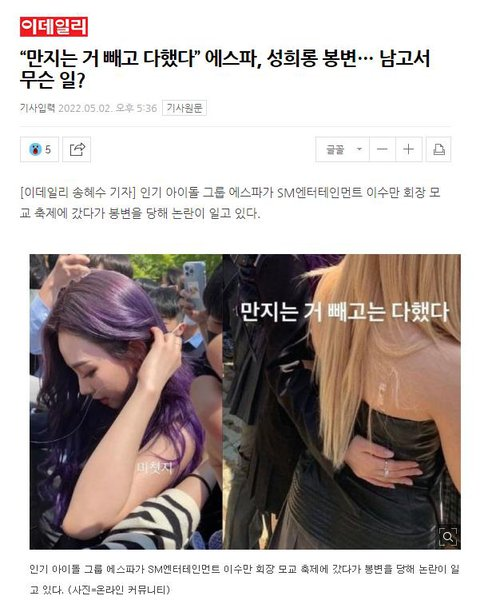 “Aside from touching, I did everything” Aespa humiliated with s*xual harassment… What happened to that all-male high school?”
6. [+284, -1]
ㅋㅋㅋㅋㅋㅋㅋㅋㅋㅋㅋㅋㅋㅋㅋㅋ The explosion of factsㄷㄷ

“I go to SM every year, but every year, there is not one person from “that gender” who get castㅋㅋㅋㅋㅋㅋㅋ”
7. [+260, -1]
Isn’t Kyungbok high school quite prestigious? Let’s smear their name fast~
8. [+254, -1]
Isn’t SM too much for not even giving them any bodyguards? They’re literally stuck on them 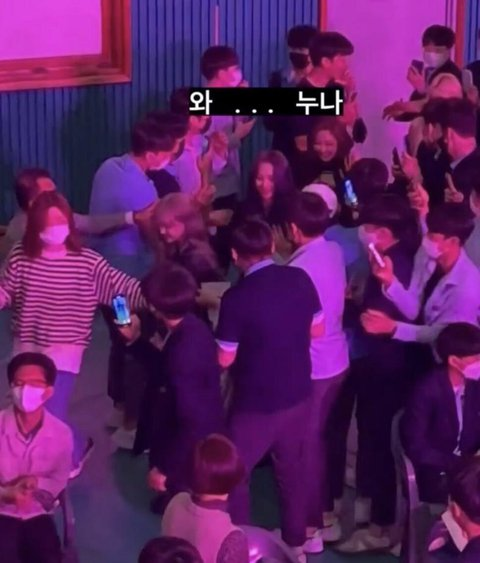 “Wow…nuna”
9. [+210, -1]
No but is this real life… you can find them easily just by looking at the pictures tagged on Aespa’s official account..

Is SM losing money??? They’re at the level of performing at Coachella, why would they call them to perform at some male high school??! It’s not even an university. Those barbaric f*ckers
teens stories