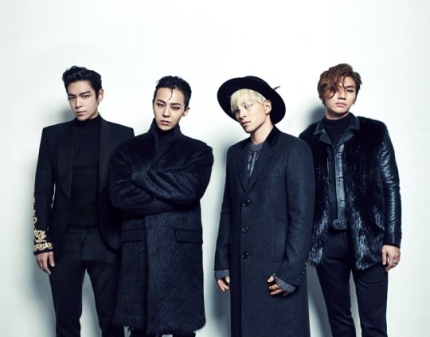 BIGBANG’s T.O.P has parted ways with YG Entertainment amidst news of the group’s long-awaited comeback.

On February 7, YG Entertainment officially announced, “BIGBANG will be releasing a new song this spring.” The agency added, “[BIGBANG] has already completed recording their new song, and they are currently preparing to shoot the music video.”

However, that wasn’t the only big news YG Entertainment had to share about BIGBANG: they also announced that T.O.P would be leaving the agency after 16 years.

“T.O.P’s exclusive contract with YG has ended, and he will be taking on a wide variety of new challenges as both an artist and an entrepreneur,” stated YG Entertainment. “We respected T.O.P’s desire to broaden the scope of his individual activities aside from just his promotions with BIGBANG, and he successfully came to an agreement about this with the other members.”

The agency continued, “As long as the conditions are right, [T.O.P] will always participate in BIGBANG’s activities whenever he is able.”

BIGBANG’s upcoming comeback will mark their first new music in four years since the release of “Flower Road” in March 2018.

CR. Soompi
source: https://n.news.naver.com/entertain/now/article/112/0003528548
original post: here
1. I’m speechless. I can’t believe people liking this news just because they can listen to “good music”. There are thousands of good-natured singers with good songs around
2. Wasn’t Daesung caught with running an illegal bar with hospitality women in his building in the building he owned with his name when he left for the army?? I remember he said he didn’t know this was happening in an interview
3. If I had any relatives around me who are still fans of them, I’ll just clearly tell them that this is a f*cking group who ran pr*stitution and did drugs… Just how low are the standards of fans who decide to fangirl on this group of criminlas?ㅋㅋㅋㅋㅋㄷㄷㄷㄷ Ew f*ck
4. Youngae-yah let’s leave
5. People are still consuming BlackPink while claiming they’ll boycott Bigbangㅋㅋㅋㅋ BlackPink’s profits all go to Yang CEO’s lawyer fees + lobbying fees + investing in his companies..
6. I know there are bast*rds who will listen to this but I will never listen to them again. They’re seriously so shameless. Even if they shove it down my throat🤮🤮🤮🤮
7. ㅠㅠ Sorry Theqoo readers, I’m still a VIP even though I know they won’t be able to win #1, I’m happy I’ll be able to listen to themㅠㅠ
8. It’s hilarious that TOP is coming out. Didn’t he say he’d stop promoting?
9. Faces of steal
10. Bigbang should disband and have individual or unit promotions instead. People are still caught up with the criminal image of Bigbang and it sucks. They have individual name value but their group’s name will bury them
11. I seriously hate them
12. Give us BlackPink comeback instead
13. This freaking group of pigs still have fans? Their fans are just as disgusting 🤮🤮
14. A group of criminals who will come out to suck the nation’s money. F*cking shameless and disgusting
15. Hul this is dumbfounding. I’m embarrassed for them
16. I f*cking hate them. Their popularity aside, I bet they’ll promote with the title of “representatives of KPOP”. Just thinking about it makes me cringe
theqoo