1. Annyeongs who formed the strong base promoting in Izone (Ahn Yujin, Jang Wonyoung)

– People’s expectations were especially high when waiting to see the upcoming group of Ahn Yujin and Jang Wonyoung.
At the time Izone debuted, both of them were middle school students (16 y’o, 15 y’o), they were also the maknaes of the group
– When Ive debuted, they were only 19 and 18 y’o
– Ahn Yujin became the leader and Jang Wonyoung now has dongsaengs < they introduced a fresh change
– Whe nthey debuted, both of them were MCs on public broadcast’s music shows
– Just the fact that both are in the group made people expect their debut 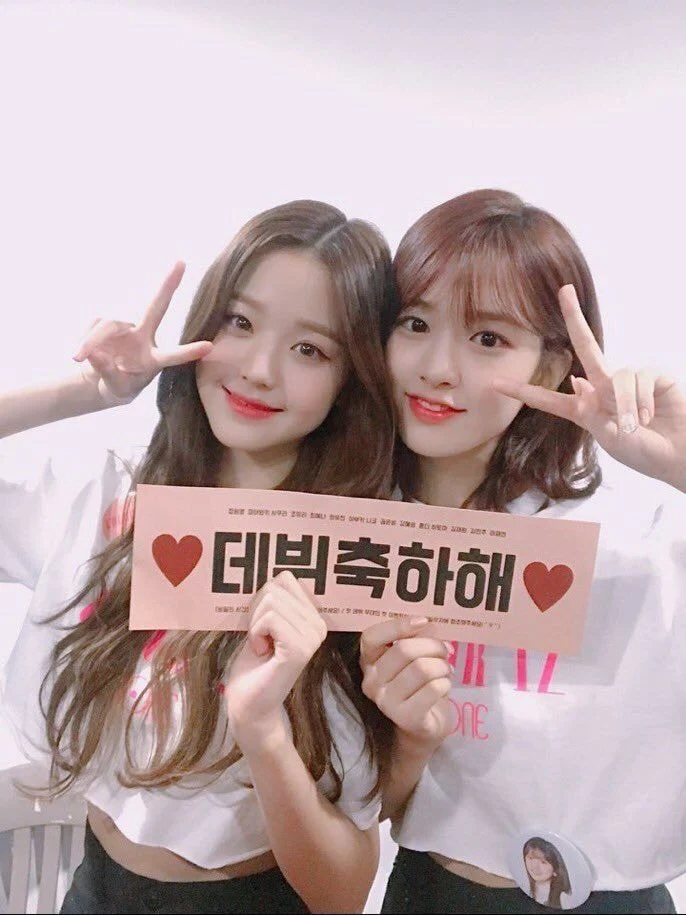 What’s interesting is that they used to be 168 and 169 even as middle schoolers
currently they’re 172 and 173, they both grew 4 cmㅋㅋㅋ
2. Members composition
– The group isn’t only about Annyeongs but the undisclosed members’ visuals and charms are all well-picked.
Even before debuting, there were already a lot of talks talking about having Starship’s upcoming book under watchㅋㅋㅋ

They’re are all pretty and cute…

3. They have a well-thought concept and planning
– From their debut promotion alone, they shocked everyone even though the expectations were high
– This is the rookie reveal video that made people go “this is the MZ generation’s group!!!!”
They have a lot of members but Rei… she looked so kitsch and so much charms
If you looked at all of them, you’d realize it says “show what I have”
And their comeback promotion was so high quality…
And they even got the killing parts in Eleven to the undisclosed members
And people had good reactions to it!
– Even their debut stage made people realize how much care Starship has put into this with the high quality set
– No but are they really using this set just once..?
– Love Dive’s concept was also elaborated
https://theqoo.net/square/2412850250
– Aside from that, the outfits, the lyrics and the choreography all matched…
4. Their songs are good
– For female idols, a good song is everything
Their debut song Eleven..
Is a song that was released last year and it’s still in the top10
And the next song Love Dive…
Of course they did well domestically but they even achieved good results overseas
5. Jang Wonyoung’s media talk
– She’s on of the idols who received the most attention in the 4th generation 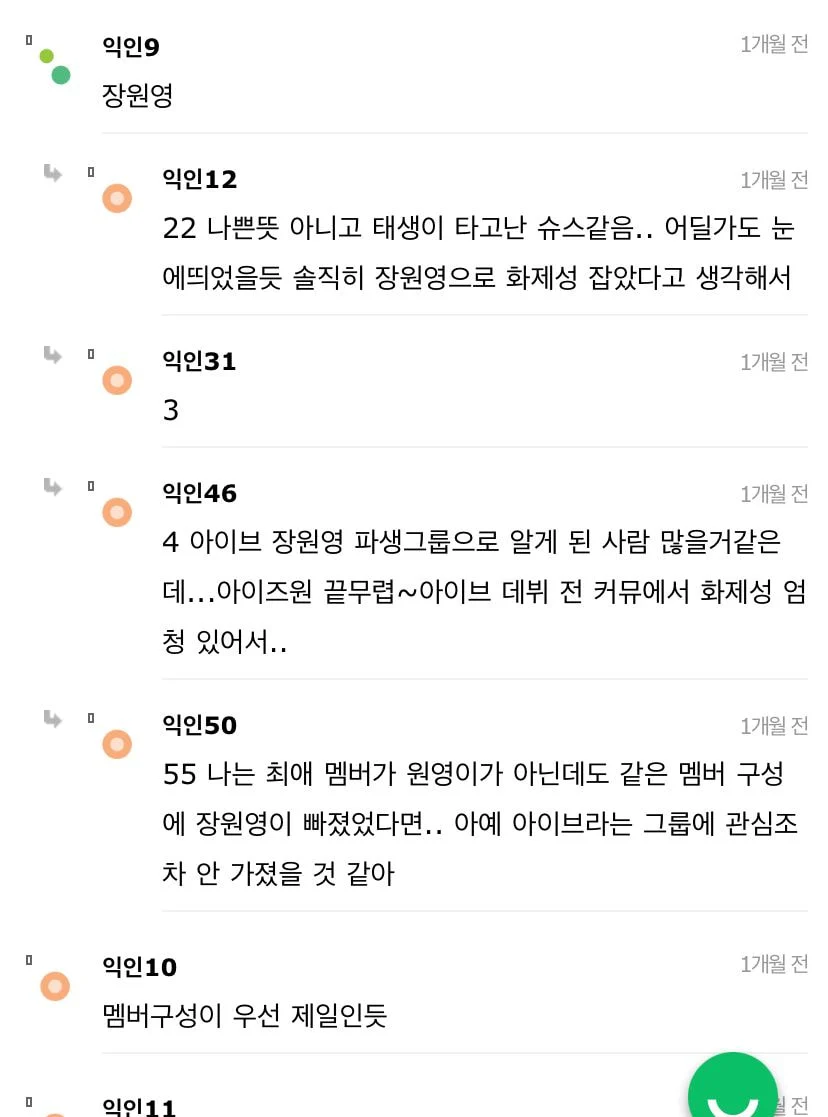 > I’m not saying this in a bad way but she’s born to be a super star.. She’ll be the kind to stand out wherever she goes. Honestly Jang Wonyoung holds the media buzz in her hands
> There are lots of people who know this group as Jang Wonyoung’s group… Near Izone’s end and Ive’s debut, she had so much buzz in communities…
> My bias isn’t Wonyoung, but if the group didn’t have Wonyoung in its composition… I don’t even think I would’ve been interested in Ive 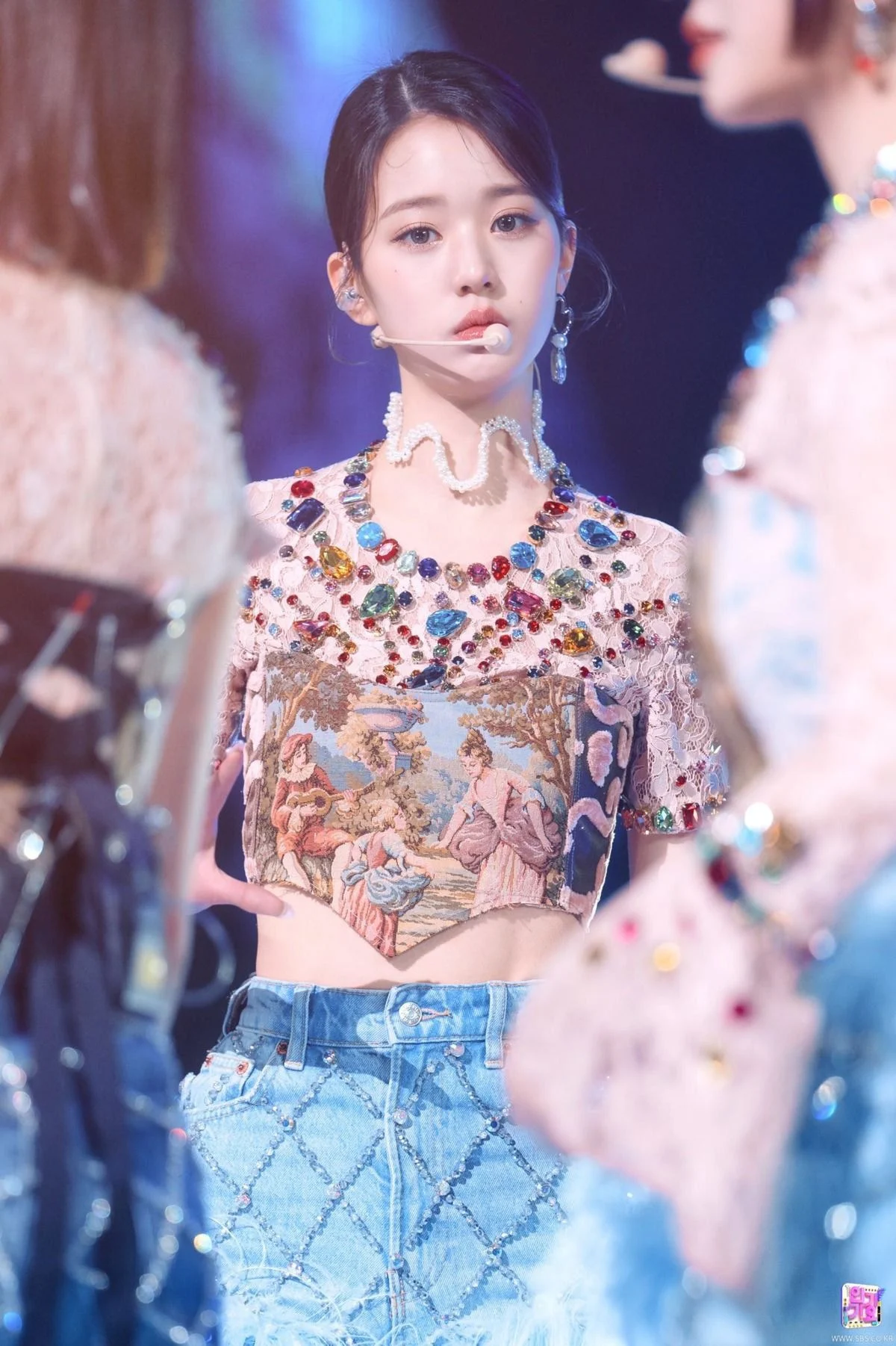 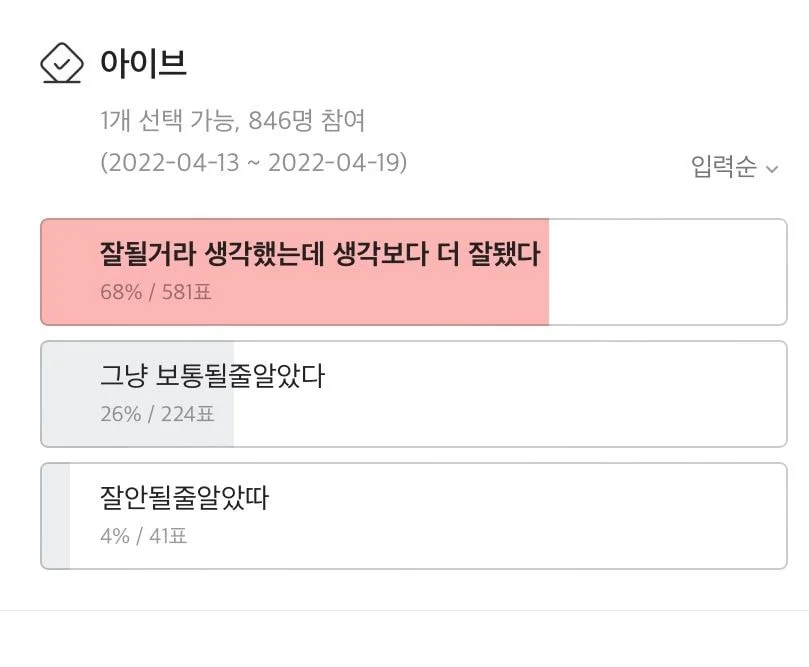 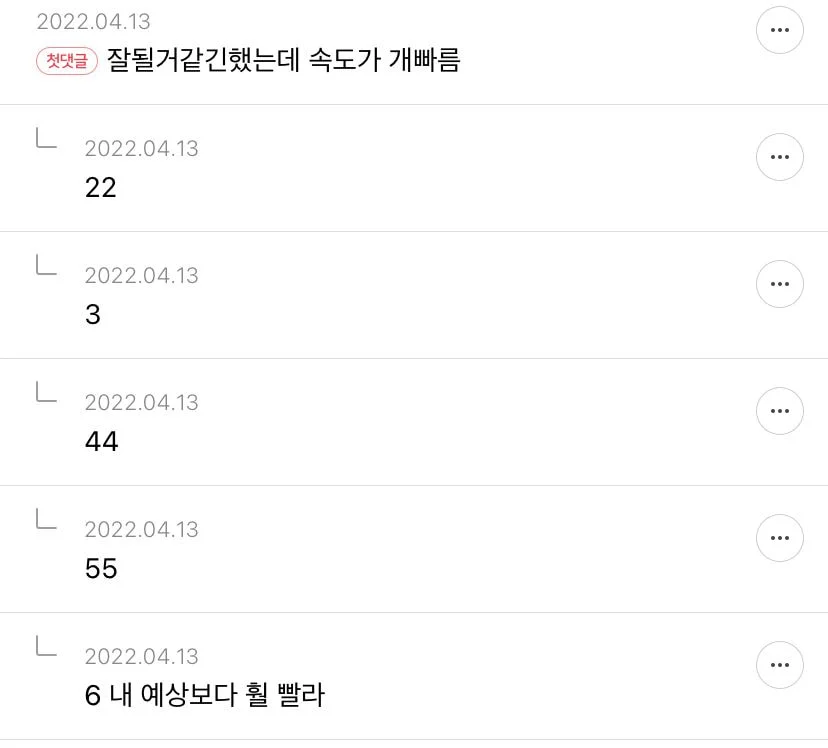 > Way faster than I expected 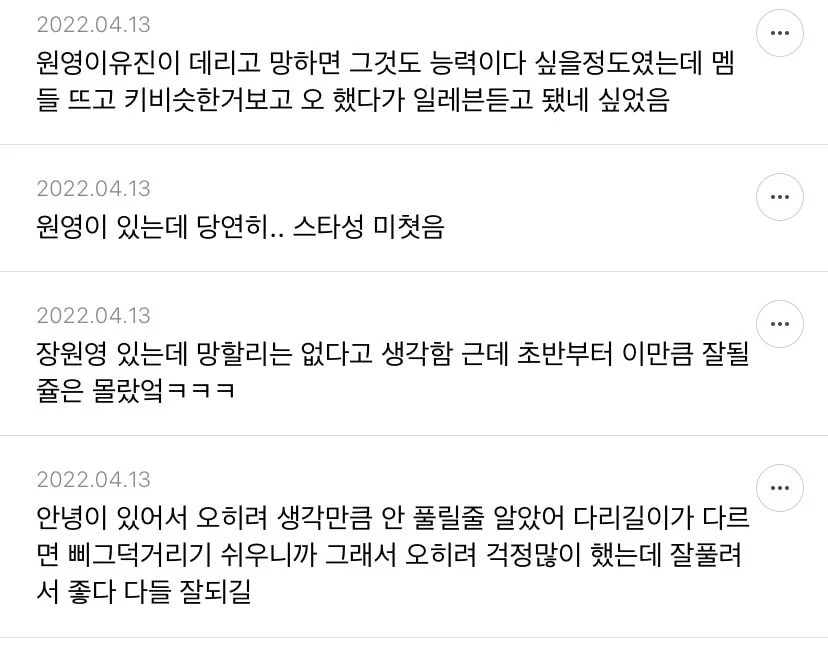 – Having Wonyoung and Yujin in the group and still failing would be a skill in itself. The members all hit big and their height are similar. I went “oh” when I saw Eleven
– It’s a given since Wonyoung is there.. But her star factor is crazy
– Jang Wonyoung is there so I thought there was no way they can fail. But I didn’t know they’d hit big right from the startㅋㅋㅋ
– Since Annyeong is there, I thought that they would get mocked the moment their legs aren’t the same length so I was actually worried, but they actually chose well, I hope everyone succeeds
original post: here
1. It’s hard to get the general public’s interest if you don’t have a good song.. It’s not like coming out of Produce will guarantee you success so you can’t attribute theirs to Produce either. There are lots of people who have never watched Produce and don’t even know the members’ names but listen to their songsㅋㅋ It’s all thanks to their good songs
2. Seriously if not for #1 they would’ve never achieved the success
3. First of all, they already have 2 popular members.
And what’s more important is their songs and concept.
I never heard Eleven entirely but this time, their song was way too good so I went and searched it up, I even like their choreography so I fell for them even more
4. Jang Wonyoung + Annyeongs + good song
5. Their songs being good is the biggest factor and both their songs were
6. It’s all thanks to their media buzz. From the members to their songs and concept, they can’t help but hit big. Everyone probably thought they’d give them a shot and they all fell for them right away
7. their songs quality is seriously too good and they’re good performers too. Their styling is also harmonious
8. I’m a muggle but I think that Jang Wonyoung’s game + good song were the biggest factors
9. It’s simply because they have good songs
10. They have good planning, their concepts and songs are so well-thought and they have high quality. You can tell that they barely lack anything. The next thing is Wonyoung’s presence and Ahn Yujin being a leader was a good choice
theqoo