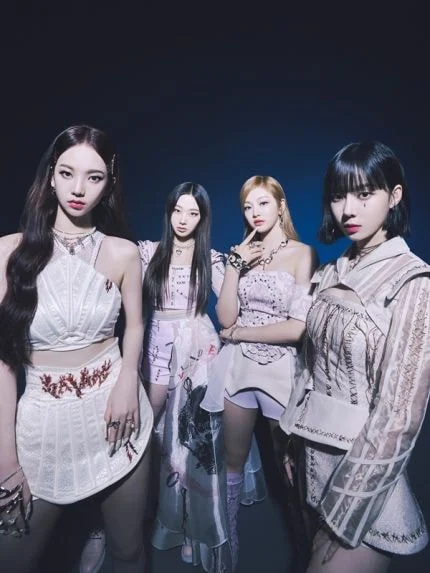 aespa will be attending Coachella Valley Music and Arts Festival 2022!
Coachella is an immensely popular music and arts festival held yearly at the Empire Polo Club in Indio, California that features many genres of music including rock, indie, hip hop, and electronic dance music. In 2022, Coachella will kick-off on April 15 and end on April 24.
aespa has been invited to perform on the main stage of Coachella on April 23 (local time). Many artists, such as Harry Styles, Billie Eilish, Dojo Cat, Conan Gray, Pink Sweat$, are part of this year’s lineup, and Korean artists like Epik High and 2NE1 also showed up.
At the concert, aespa will perform their hits “Black Mamba,” “Next Level,” and “Savage” as well as a new, unreleased song.
The group’s performances will be streamed live via the Coachella YouTube channel.

original post: here
1. Epik High performed on the sub-stage but they were included in the official lineup and sang 12 songs. Isn’t Epik High awesome??? It’s even hard to perform 1 song so imagine 12
2. ~Summary~
Headliner > Sub-headliner (BP) > Main > Sub (Epik High) > Main gate (Aespa)
1. BP has nothing to do with the “main stage” that this article is talking about. They weren’t guests and they performed in the Sub-stage and their name was plastered in big and included with the ‘Headliner’. They performed for 1 hour 2 years ago in during the main time. They have the highest level of stage hereㅇㅇ
2. It’s true that Aespa are the first girl ‘group’ to be ‘invited’ for the main stage (the first group was 2NE1 but CL was ‘invited’ as a solo)
3. It doesn’t matter if they are in the main or sub stage!!! If you’re a headliner, you will get to sing multiple songs and your name will be displayed in big on the main poster. Guests will get to sing 3-4 songs and appear as a surprise
4. Epik High was in the sub-stage but were included in the official lineup so they got to sing 12 songs. Aespa will appear as guests with 88rising
3. Their fans don’t know anything and are in uproar right now ㅋㅋ they should just accept the facts as is but they can’t and are media playing insteadㅋㅋ
4. Wow I also thought “wasn’t it BP?” while clicking inㅋㅋㅋ what the? Seems like everyone was fooledㅋㅋㅋㅋㅋ the media play is so cheap
5. No but there were only a few k-pop girl groups who were able to appear at Coachella. Isn’t Aespa impressive and shouldn’t you guys be proud that they are appearing after BP and 2NE1?Why are people only focusing on SM’s media play here? Why are people randomly talking about American popularity index, or IVE or whatnot here?ㅋㅋㅋ
6. They are media playing every day… but of course, the fact that they are performing should be congratulated
7. But from the company’s standpoint, isn’t it ok to do a bit of media play? Why are people making such a mess?
8. I thought “what about BP?” but turned out it was all media play…
9. Wow this has more than 1K comments
10. Isn’t the company’s job to media play? It’s not like they lied
11. Wowㅋㅋㅋㅋㅋㅋㅋㅋㅋㅋㅋㅋㅋㅋㅋㅋㅋ the double standards
12. So will they be able to sing live now? I hope that they don’t lipsync. I wanna see their live and them showcasing their skills…
13. This is also a new historical move~ the reactions on TheQoo are the most accurate. The more angry kids there are on TheQoo, the bigger they’ll hit big
14. SM has always done their interviews in a weird way
15. I’m so tired of the media playㅋㅋㅋㅋ as expected from SM
theqoo