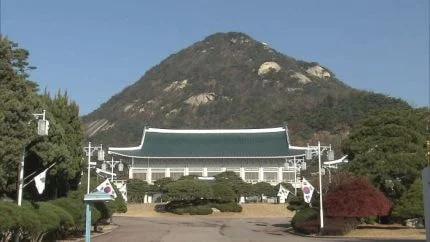 With the opening of the ‘Yongsan Era’ since the inauguration of the new government, the Presidential Transition Committee is considering a plan to completely open the existing Blue House and renovate it to create a space for various cultural events, including joint performances of K-pop and Korean traditional music.
The transition committee decided to make the Blue House outdoor space a space for performances, exhibitions, and sports, and also develop the Dulle street and Gyeongnae street so that the Blue House could become a popular walking trail for the people.
The transition committee is contemplating a way to fully open the main facilities inside and outside the Blue House while preserving them intact.
They also prepared a plan to create a tentatively called ‘Real Contemporary History’ experience hall, where visitors can experience the experiences of former presidents who went through the Blue House in a realistic way.
A plan to create a historical and cultural space with the theme of ‘Hangeul’ inside and outside the Blue House is also being promoted.
The Korea Culture and Tourism Institute, an agency affiliated with the Ministry of Culture, Sports and Tourism, reported in its business report that opening the Blue House to the public is expected to generate at least 200 billion won in economic effect per year.
Specifically, it was estimated that the opening of the Blue House would bring about 149 billion won of production inducement effect per year and 56.5 billion won of added value inducing effect as the nearby commercial districts being revitalized.
original post: here
1. ㅋㅋㅋㅋㅋㅋㅋㅋㅋㅋㅋ They’re doing f*cking anything at this point
2 . What’s up with the kids who are enjoying this here?ㅋㅋㅋㅋㅋㅋㅋㅋㅋㅋㅋ This freaking pisses me offㅋㅋㅋㅋㅋ
3. This is just humiliating..ㅠㅠ
4. Why put KPOP at the Blue House? I’m tired of the state funding this to death, why are they using KPOP?
6. I never thought that my taxes were wasted away, until I saw this..
7. So countrified
8. They won’t shove idols down our throat and make us watch them right… F*ck do they think that the Blue House is some concert venue?
9. Seriously what’s the point of doing this? Ah this is seriously stressing me
10. Go help the people who lost their jobs through COVID first! Stop using our taxes over stuff like that
theqoo