(Excerpt from JoongAng Daily for context – this is becoming a huge controversy in Korea right now. TLDR: Korean athlete Park got injured so he pulled out from the semifinals. Hwang and Lee got disqualified at the semifinals for seemingly unfair penalties. China ended up winning gold at the final)
“(…)
Park Jang-hyuk, the third Korean in the quarterfinals, was looking comfortable in second place when, with three laps left to go, Pietro Sighel of Italy crashed into him while trying to overtake. The crash left Park spinning off across the ice where Wu Dajing of China appeared to skate into his hand.
Park clutched his wrist after the collision and was taken off the ice on a stretcher. As of press time it is unclear how bad the injury is, although there did appear to be blood when medics arrived on the scene. Despite advancing to the semifinals, Park had to pull out of the competition.
Hwang and Lee were then both disqualified during the semifinals.

Hwang crossed the finish line first in his heat but was disqualified for making an illegal late passing that caused contact, taking the world record holder out of the Games.

Lee finished his race in second, but, after a lengthy video review, was disqualified for a lane change that caused contact with Liu Shaoang of Hungary.

Both penalties were hugely controversial, with Hwang in particular being penalized for an infraction despite also appearing to have been pushed by a Chinese skater during the race.

The two penalties also both opened up spots in the final for Chinese skaters, repeating the story of the mixed team relay on Saturday. During that event, the United States and Russia were both disqualified from a semifinal, allowing the Chinese team to advance and ultimately win gold.

After the men’s semifinal on Monday, Park was sent to hospital while Hwang and Lee reportedly left the stadium without answering questions from the media.

Korea will have to find a way to overcome a chaotic evening on the ice and get back on track, with short track races resuming Wednesday with the men’s 1500 meters, women’s 1000 meters and women’s 3000-meter relay.  Source: https://koreajoongangdaily.joins.com/2022/02/07/sports/olympics/Park-Janghyuk-Hwang-Daeheon-Lee-Juneseo/20220207232743950.html)

(T/N: the other athlete is from Hungary)

1. Detestable
2. How is this the Olympics?ㅋㅋㅋㅋㅋㅋㅋㅋㅋㅋㅋㅋㅋㅋㅋㅋㅋㅋㅋㅋㅋㅋㅋㅋㅋㅋㅋㅋ
3. What am I watching?….
4. They are competing in such a dirty way f*ck. These f*ckers, are these your standards?
5. What’s the point anymore…
6. Ah f*ck, I’m seriously so pissed off
7. Is this the Olympics? I was so dumbfounded when I saw this. Look at how ugly those hand movements were
8. What is he doing?
9. F*ck, they are just going for itㅋㅋㅋㅋㅋ f*cking nonesense
10. As expected, the standards are low for China ㅋㅋㅋㅋㅋㅋㅋㅋㅋㅋㅋㅋㅋㅋㅋ
[theqoo] MEN’S 1000 M SHORT TRACK, CHINA WINS GOLD WITH HUNGARY’S DISQUALIFICATION
F*ck
original post: here
1. Seriously, are they crazy?
2. ㅋㅋㅋㅋㅋㅋㅋ this is just funny. Now that the whole world knows about this, it’s more of a relief
3. Is there a meaning to this Olympics? ㅋㅋㅋㅋㅋㅋㅋㅋㅋㅋㅋㅋㅋㅋㅋㅋㅋ
4. Is this the Olympics? Your manipulating f*ckers
5. Do they not read the room? F*ckㅋㅋㅋㅋㅋㅋㅋㅋㅋㅋㅋㅋㅋㅋㅋ
6. No but ㅋㅋㅋㅋㅋㅋㅋㅋㅋㅋ just go to play in your own country and give yourself your own gold medals at this point
7. These f*ckers can’t get gold unless they disqualify him ㅠㅠ
8. No but ㅋㅋㅋㅋㅋㅋㅋㅋㅋㅋ this is seriously dirty;; what’s the point??;;;;;;;;;;;;;
19. Legendary;;;;
10. No but they can’t even win gold with all these antics? Impressive
[theqoo] AESPA NING NING CONGRATULATING CHINA’S GOLD MEDAL FOR MEN’S THE SHORT TRACK

+ Seems like her company forced her to erase it
original post: here
1. Read the room, f*ckㅋㅋㅋㅋ
2. Stop casting Chinese people
3. No brains
4. Seriously, we can’t pick Chinese people anymore;;
5. Ewww
6. Go back home ^^
7. Can she not understand the situation right now?
8. Read the damn room
9. Just go to China to earn money
10. Just go back to China… you can live comfortably and earn a lot of money there ㅇㅇ
[theqoo] BTS RM’S INSTA STORY 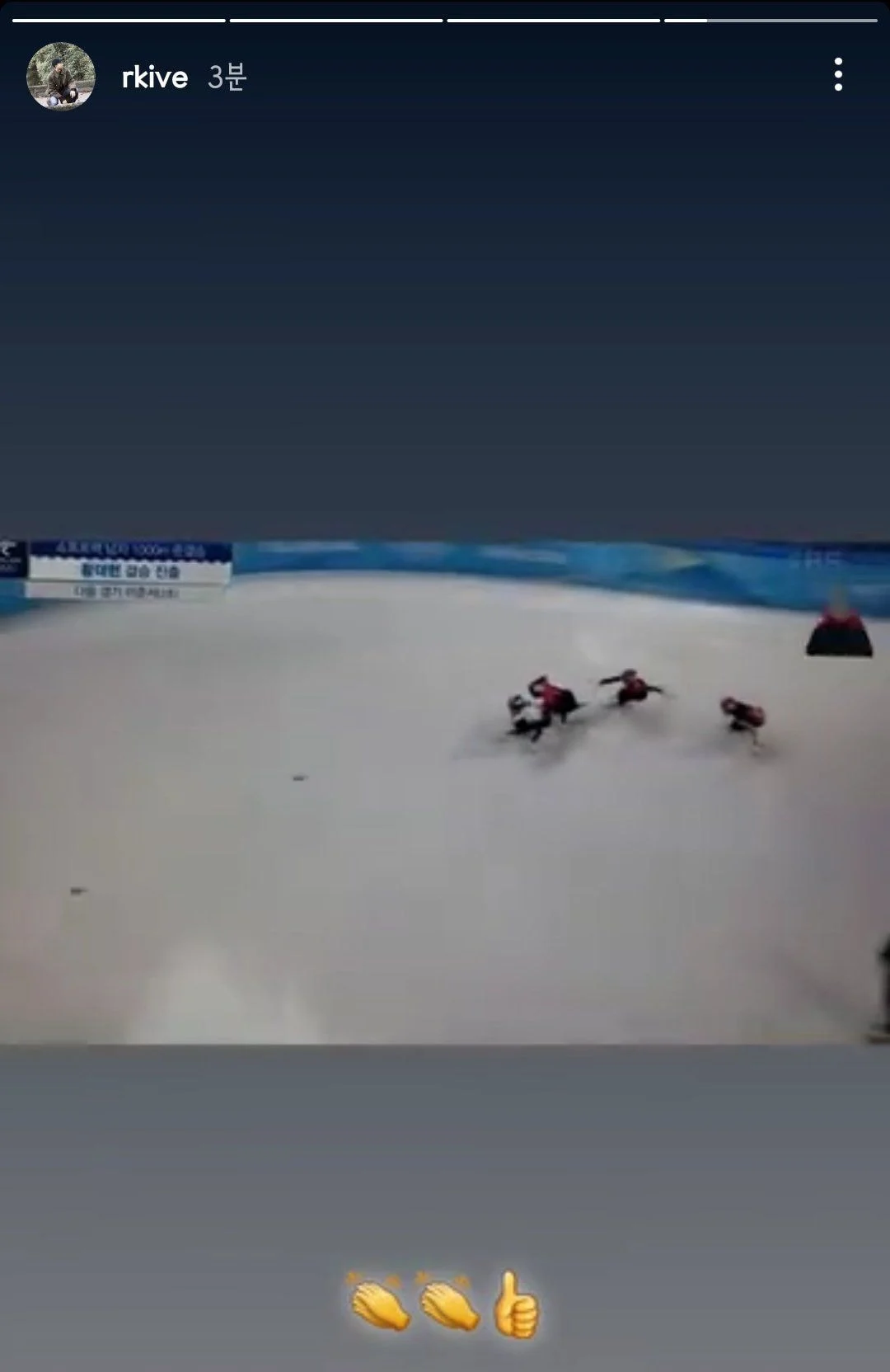 1. F*ck, the athlete could’ve gotten injured. Are they crazy?
2. They need to disqualify this too. Seriously, do they not need shame?
3. Hulㅠㅠㅠㅠㅠ I hope that she’s ok
4. Seriously crazy
5. They seriously have no shame tsk tsk
6. Hul
7. This is the top of the top ㅋㅋㅋ stop hosting the Olympics
8. That’s so China-like
9. ?????
10. I’m not even surprised anymore