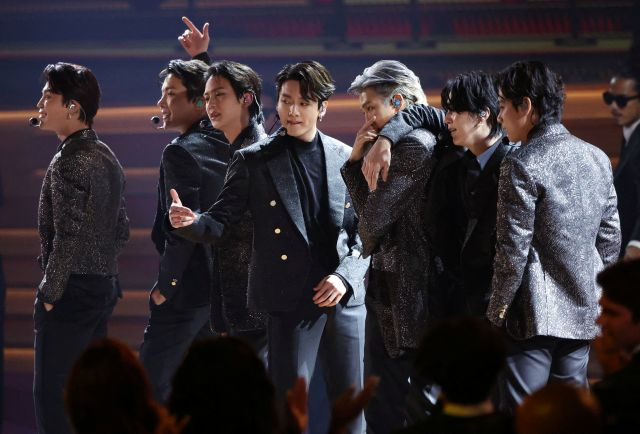 Regarding the military service issue surrounding the BTS members, their agency HYBE has requested that the National Assembly come to a conclusion as soon as possible.
As the revision of related laws is pending in the National Assembly, deciding which direction to take is the upmost difficult thing to do, so they want the discussion to be completed as soon as possible.
At a press conference held at the MGM Grand Hotel in Las Vegas, USA on the 9th (local time), HYBE Communications Chief Lee Jin-hyeong (CCO) said, “I hope that the discussion about the artist’s military service will be settled in this National Assembly.”
CCO Lee said, “Members have said they will ‘accept the national call’, but there is still no change,” he added, “as the military service system has changed little by little since 2020, we are watching while consulting with the company.”
As the draft amendment to the Military Service Act is submitted to the National Assembly, it is awaiting a decision.
CCO Lee said, “After the submission of the Military Service Act, (the BTS members) have entrusted the judgment and work to the company.”
“It is true that artists are having a hard time because the military service system has been changing in recent years and it is difficult to predict the timing (of the decision),” the CCO Lee said. “It is also difficult for the members to come up with their own plan.”
He continued, “I plan to come to a conclusion in a direction that is beneficial to both our society and artists,” he said while urging the discussion.
Currently, a bill to amend the Military Service Act is pending in the National Assembly to allow alternative service by incorporating BTS and other popular culture artists who have achieved great achievements as ‘art agents’.
On the other hand,  regarding BTS being nominated for the Grammy Awards for the second consecutive year, the CCO Lee said that winning the Grammy Award cannot be a measure of evaluating the performance (of an artist’s activities) and does not mean everything.
He also emphasized, “The company wants to see how far BTS can grow as artists and we want to be together with them until the end.”
He added, “As you can see from the results of this year’s ‘Grammy’, it is clear that BTS’s influence is growing in the US market. I think there are many music markets around the world left for them to expand in”
original post: here
1. If they are going for sure, they can just adjust their schedules beforehand so what’s difficult about it? How can “uncertainty” make this “difficult”? They said themselves that they were gonna enlist
2. They are not enlisting ㅋㅋㅋㅋ I can bet on it ㅋㅋㅋㅋㅋㅋㅋㅋ Why did they keep on insisting that they would go all this time? ㅋㅋㅋㅋㅋㅋㅋㅋㅋㅋㅋㅋㅋㅋ
3. They kept saying that they’d enlist so I really thought that they would
4. If they are saying with their mouth that they are going but aren’t going, then what makes them different from Steve Yoo? (T/N: Public figure who evaded military enlistment. Yoo had repeatedly stated on television that he would fulfill his mandatory military service. But in 2002, just before he was to be drafted, he became a naturalized U.S. citizen – cr: wiki)
5. I feel like the company is holding unto them; Bangtan said that they would go so why is everyone around them making a fuss?;;
6. They might have said that they would go themselves, but if the company came out saying things like that, the members would get criticized, their image would get worse, and hostility towards them would only grow.
7. Rather than saying all of this, it’s better to just enlist cleanly. Why is the company blowing this thing bigger by saying these things?…
8. Bangtan are honestly a fascinating group. When the other groups received countless hate due to scandals, Bangtan has been steadily receiving hate for 5 years because of this
9. Just enlist. Enlist and you won’t fail
10. Wasn’t it decided that they would go for sure??? What are they waiting for? They are already procrastinating
11. I thought that they’d enlist for sure ㅋㅋㅋㅋㅋㅋㅋㅋㅋㅋㅋㅋㅋㅋ Looks like the company got scared about looking at their profit forecast
12. They said that they would go themselves so they’ll go
13. Can a 31 y.o still not be enlisting though?
14. I don’t want to blame BTS, this is all political agenda
15. I seriously dislike HYBE
16. A controversy that wouldn’t exist if they just enlist ㅇㅇ
17. Just enlist soon then ㅋ
18. If they are not required to go, then it’s better not to go so they are saying they are saying that they are having it hard because of the confusing exemption talks… I’m jealous, I wanna have those kind of worries too
19. I don’t want them to enlist
20. HYBE, get in your right minds, you crazy f*ckers and shares-obsessed f*ckers
[theqoo] BTS JIN “EXEMPTIONS ISSUE, IT’S THE AGENCY’S DOING… THE AGENCY’S WORDS = MY WORDS” 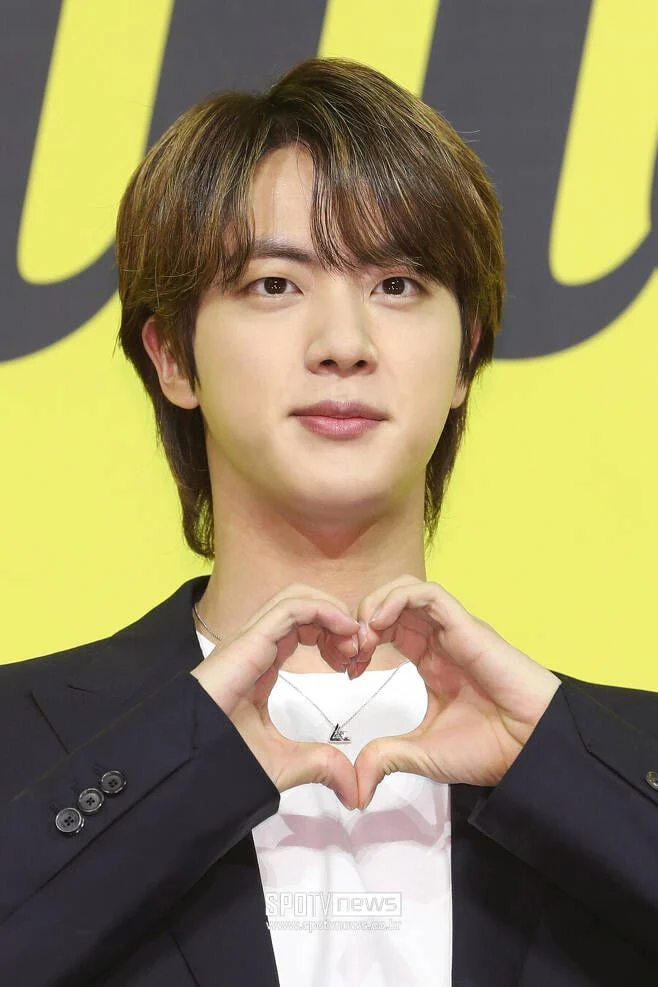 BTS Jin met with reporters ahead of the performance of ‘BTS Permission to Dance on Stage-Las Vegas’ at Allegiant Stadium in Las Vegas, USA on the 9th (local time) and said, “The company’s words are our words.”
BTS legally deferred military enlistment until the age of 30 according to the amendment to the Military Service Act promulgated last year. However, according to the current military service law, Jin, the eldest member of BTS, who was born in 1992, must enlist by the end of this year.
Lee Jin-hyeong, CCO of Hybee’s agency, said, “It is true that members are having a hard time because the military service system is changing and it is difficult to predict the timing of (military service). We are closely monitoring the amendment bill,” .
Regarding this, Jin said, “We talked a lot with the company about the military service issue, and we talked about entrusting the company as much as possible about this issue.”
original post: here
1. Let’s just cleanly enlist
2. So they’re basically saying that the members don’t want to enlist
3. Who cares, he can still go next year
4. You can’t even shield them saying that the members have a different stance nowㅋㅋㅋ
5. No but “the military service system is changing” is just bullsh*t what are they saying? Why is he just not enlisting?ㅋㅋㅋ
6. People who were claiming that this isn’t what the members want but what the company wants, you guys all look like fools nowㅋㅋㅋㅋㅋㅋㅋㅋ
7. Of course they don’t want to enlist, why is everyone acting dumb here? They can just say that they don’t want to go. They were saying they wanted to go because they had no other choice
8. You can totally tell he’s asking to be exempt and I can understand it but it’s still hilariousㅋㅋ
9. He’s a 92’er and he’s still not enlisted? This just shows that he doesn’t want to go. Can people stop trying to act blind already ㅋㅋㅋㅋㅋ
10. Honestly, from the singer’s perspective, this is just right but the fans seriously needs to shut up and stop bullsh*ting. This isn’t the first or second time they’re acting like they want to go
theqoo