original post: here
1. Their results is freaking awesomeㅋㅋㅋ
2. Wow freaking awesome, but I feel like their song will f*cking become the public’s pick. I think that they will always do well
3. They’ve always had good entry ranks, is nobody here aware of this? Before their reorganization, there were other male idols who were breaking entry ranks’ records but since this is their first comeback after their long hiatus, it’s impossible for them not to do well
4. This is oba… what will we do if a group like Bigbang does well..
5. Looks like this is possible for them..
6. They are the f*cking muggles’ pick. There are a f*ck ton of my friends who are sharing their song on their Insta stories right nowㅋㅋㅋㅋㅋㅋㅋㅋㅋㅋ all of them are muggles. One of them shared about it and the other ones all went “hul, Bigbang released a song? I need to listen to it” and they all went to listen to it
7. All of them are so-so except for Taeyang. Should’ve given Taeyang a solo insteadㅋㅋ
8. They are doing well? Better than IU?
9. They were always the top when it came to the general public… They are coming back after a long time and the public probably don’t care about their personal stories and forgot about their issues, and probably just thought “they released a song!” Looking at their ranking, seems like a lot of people are thinking this way.. Their rank was just as expected…ㅇㅇ
10. I realized that they released a song after looking at the Hot category.. Taeyang’s voice color is a fraud
11. I wonder what kind of shame they have to keep on promoting
12. The 24 Hits.. crazy ㅋㅋ
[theqoo] TOP IN BIGBANG’S STILL LIVE MV

1. ㅋ
2. He looks like Kang Sunghoon
3. Thinking about how he went through his scandals but still decided to bleach his hair, style it, get his makeup done and acting in front of a camera for their MV is just funny ㅋㅋㅋㅋ
4. Handsome
5. He aged now…
6. His acting sure is impressiveㅋㅋㅋㅋㅋㅋㅋㅋㅋㅋㅋㅋㅋㅋㅋㅋㅋ
7. ^^
8. You said that you won’t promote in Korea anymore thoughㅋ
9. He aged
10. As expected, he’s just like the way he looks….
11. Sigh, f*ck, he’s f*cking handsome
[theqoo] 2022 MALE IDOLS’ ENTRY HEARTS COUNT ON MELON (BIGBANG) 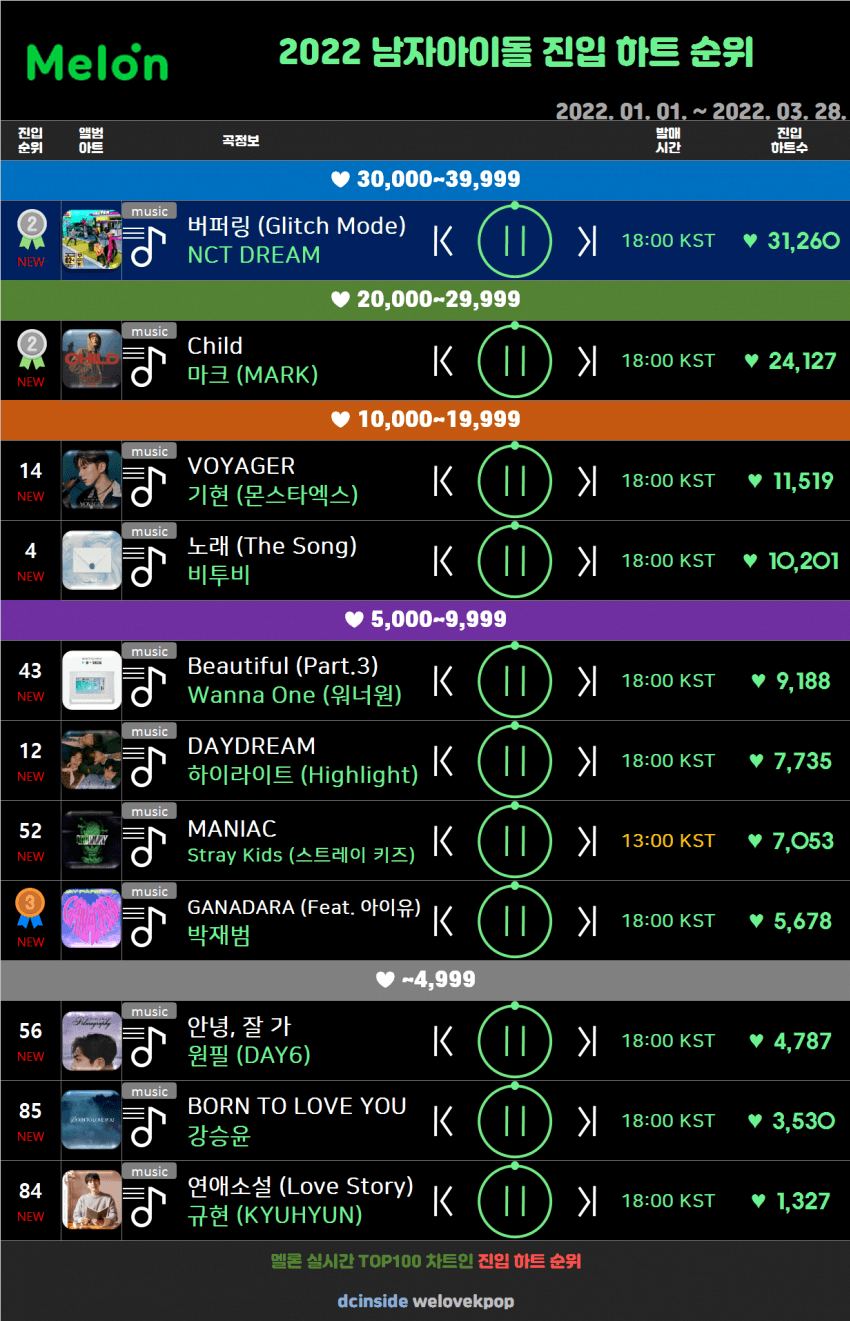 In 1 hour, they got 48,166 hearts
original post: here
1. I realized that they came back and went to listen to their song and it’s indeed good
2. The song’s good
3. To be honest, they picked the song well
4. Wow crazy, looks like everyone was waiting for them. The song is indeed good
5. These bast*rds’ song is pretty good
6. Bigbang is Bigbang
7. I found the song so old-sounding
8. Seeing this makes me realize once again that community websites are really living in their own worlds (T/N: saying that community sites are hating on them but that they are performing well in real life)
9. I don’t care about Bigbang but seeing the kids boiling while writing hate comments is so funny ㅋㅋㅋㅋ seems like you guys need to go listen to their song
10. No but the song is so good. It sounds seriously modern. I was wondering about the sound and listened to it once but kept replaying it
[enter-talk] IT’S NOT THAT BIGBANG FANS ALL GATHERED
It’s just that the general public likes Bigbangㅋㅋ… Why are you guys so bitter?? Just go look at your Insta stories and it will be full of kids sharing their songㅇㅇㅋㅋㅋㅋ stop with the inferiority complex
post response:
[+353][-75]
original post: here
1. [+114, -10]
Seeing them getting hate on Pann, I thought that the reactions would be the same but Pann is just living in their own world. More than half of my friends are listening to the song right now
2. [+98, -11]
They are just trying to play mental gymnastics thinking that their fans have gathered
3. [+82, -11]
Just why are you guys downvoting this? Don’t you guys have friends around you?ㅋㅋㅋ
4. [+65, -7]
Seriously crazy… They went to #26 in the Top 100 in 1 hour only… they are obviously the public’s pick 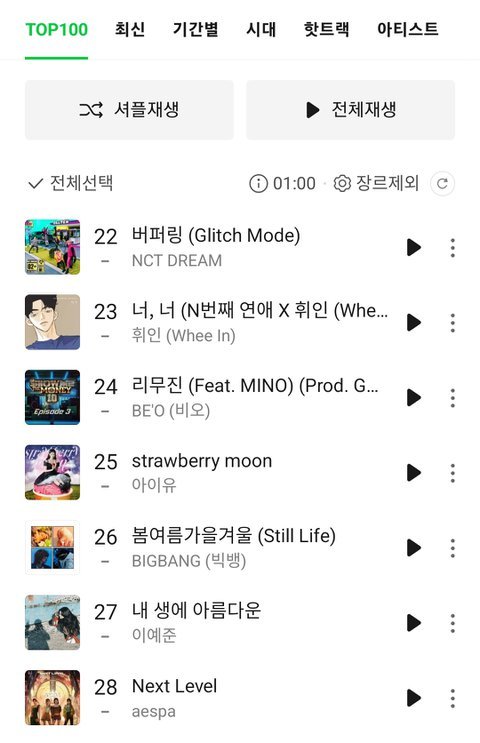 5. [+43, -5]
I don’t really like the singers that much but what are you gonna do if the song is good? ㅋㅋㅋㅋㅋㅋㅋ Your ears need to be happy too
6. [+41, -3]
They got over 1 million downloads in China within 1 hour setting a new record in 10 years, they are #1 in Line Music, it hasn’t even been an hour and they are #97 on the US iTunes‘ Song Chart and they ranked 26th on Melon’s Top 100 with only 1 hour since the release (an idol group’s highest score ever, and what’s more is that it was a midnight release) 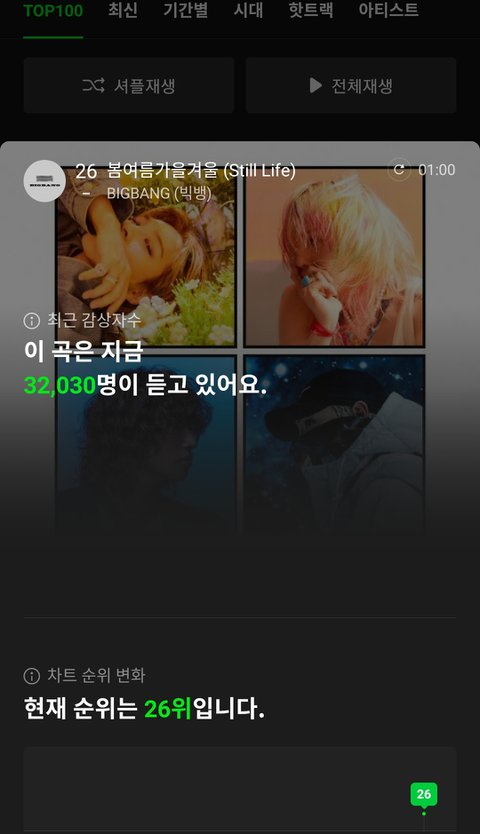