original post: here1. I bet they themselves want to continue as a 5 members group no? They must’ve wonder why they had a debut song dedicated to Kim Garam and wished that they could’ve debuted cleanly without her

2. Remove the right-wing
3. Remove the right-wing and let’s continue cleanly with 4 members
4. Kim Chaewon is seriously flying high… The part distribution and formations are way better like that, let’s continue as 5 members
5. This is clean
6. The stage was fine and the formation looks way better like that. But Kim Chaewon didn’t suit the hat today
7. Eunchae is so charming
8. Eunchae? She looks so cuteㅠㅠ
9. Now that I’ve watched the stage, I can even less understand why they’re not kicking her outㅋㅋ Honestly, even without Kim Garam’s controversy, they look better as a 5 members group and they’re all talented
10. This looks cleaner and safer, and we can see Eunchae betterㅋㅋㅋ
11. Heo Yunjin is fine but I feel like they didn’t have to include Sakura and Kim Chaewon in the group from the start. They could’ve done a group with full new members
12. Ah Heo Yunjin is always attacking my heart
13. Kick out the school violence and remove the right-wing
14. It’s way better without the school violence b*tch
15. People wanting them to continue as 3 members make no senseㅋㅋㅋㅋ
[enter-talk] LE SSERAFIM IS WAY BETTER WITH 5 MEMBERS
The face combination is way better and without Kim Garam, they look cleaner
Get out Garam 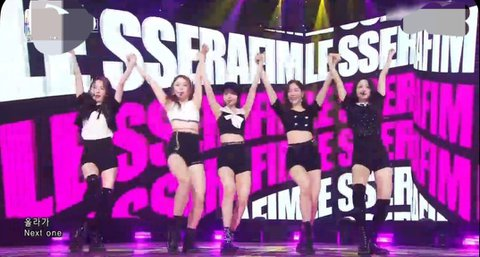 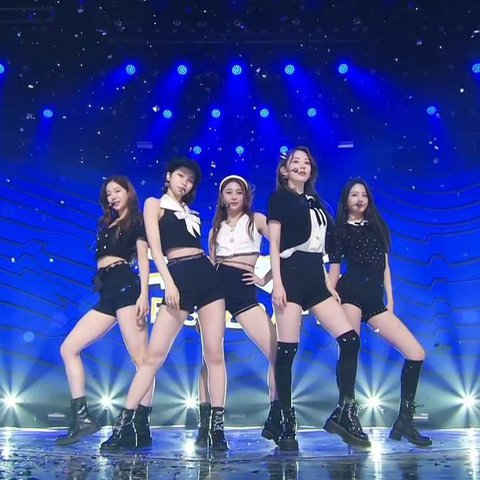 We’re not saying that although it’s f*cking obvious that Kim Garam is out and that they look better as 6 members, it’s better to maintain as 5 membersㅋㅋ They actually really look better as a 5 members group and the members who didn’t shine at all gets to shine nowㅋㅋㅋ But shouldn’t you guys write business posts about them only when they actually kick her out?
5. [+194, -4]
For real, you guys shouldn’t be supporting them until they actually kick her out
[enter-talk] DO YOU THINK WE SHOULD EVEN BOYCOTT LE SSERAFIM AS 5 MEMBERS? 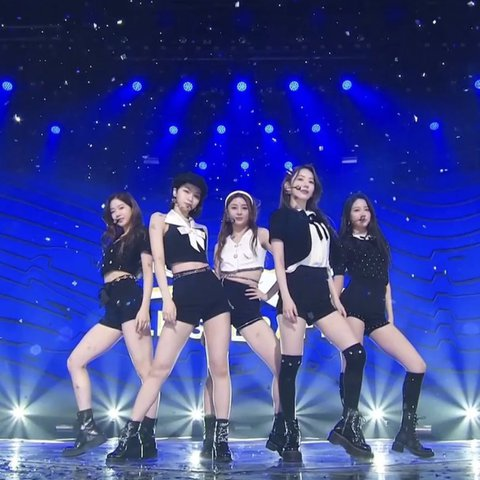 Until Kim Garam is officially kicked out, we should boycott them even if they promote as 5 members VS Since they look better as a 5 members group, they should kick her out now

post response:
[+1,529][-100]
original post: here
1. [+364, -13]
Following the logic of the Pann girls who are claiming that Hybe is also at fault here, shouldn’t you guys boycott all Hybe artists rather than only Le Sserafim?
2. [+299, 60]
You guys aren’t boycotting any of the other Stray Kids people and you don’t say anything on other members’ business posts, meanwhile you’re here claiming to boycott Le Sserafim?ㅋㅋ
3. [+238, -39]
If they continue as a 5 members group, the money will not be going towards Kim Garam right? When a male idol goes to the army, the rest of the members share their profit between them no? If you halt promotions, aside from that member, the others should be sharing the profit, so as long as the money doesn’t go to Kim Garam anymore, there’s no need to boycott
4. [+155, -17]
Shouldn’t we boycott them until they kick her out…?
5. [+147, -22]
Even if they earn money as a 5 members group, the money will still be going to Kim Garam no? I’m boycotting
[theqoo] PARTS THAT CHANGED FOR LE SSERAFIM
original post: here
1. Oh but it looks better than I expectedㅎㅎ
2. Should’ve done it since the beginning
3. This is refreshing to watch, Eunchae pulled off her parts so well
4. The formations are way better with 5 members
5. That girl had the intro, the chorus AND the ending in the beginning? This is legendary, just why…?
6. Eunchae is way better with those parts, let’s continue like that
7. Heo Yunjin is such a good performer
8. Heo Yunjin is so pretty pretty prettyㅜㅜㅜㅜㅜ!!!!
9. Ah but I couldn’t even tell they switched parts
10. This wasn’t obvious at all, this is way better!
[theqoo] HONG EUNCHAE WHO LOOKS LIKE THE HUMAN CHERRY original post: here
1. She’s cute and pretty, she’s the type of kid who will get prettier the more she promotes
2. This kid was my pickㅋㅋㅋㅋ She looks like a bunny and her eyes are so big, she’s so cute
3. Her and Kazuha are too prettyㅋ
4. Watching Eunchae today made me realize how good she was on stage, she’s refreshing and prettyㅠㅠ She looks like Yeri
5. She’s a 06’er? She’s a babyㅠㅠ She joined the company later so they decreased her parts, but seeing her today made me realize how good she is on stage, stop putting her on the back burner
6. She stands out so much more on stage with 5 members
7. She’s so refreshing, she’s likable
8. She speaks well and she’s cute
9. Eunchae is cute and her personality seems good
10. She’s a real babyㅋㅋㅋㅋ Please kick Garam out already and give the maknae more parts
theqoo