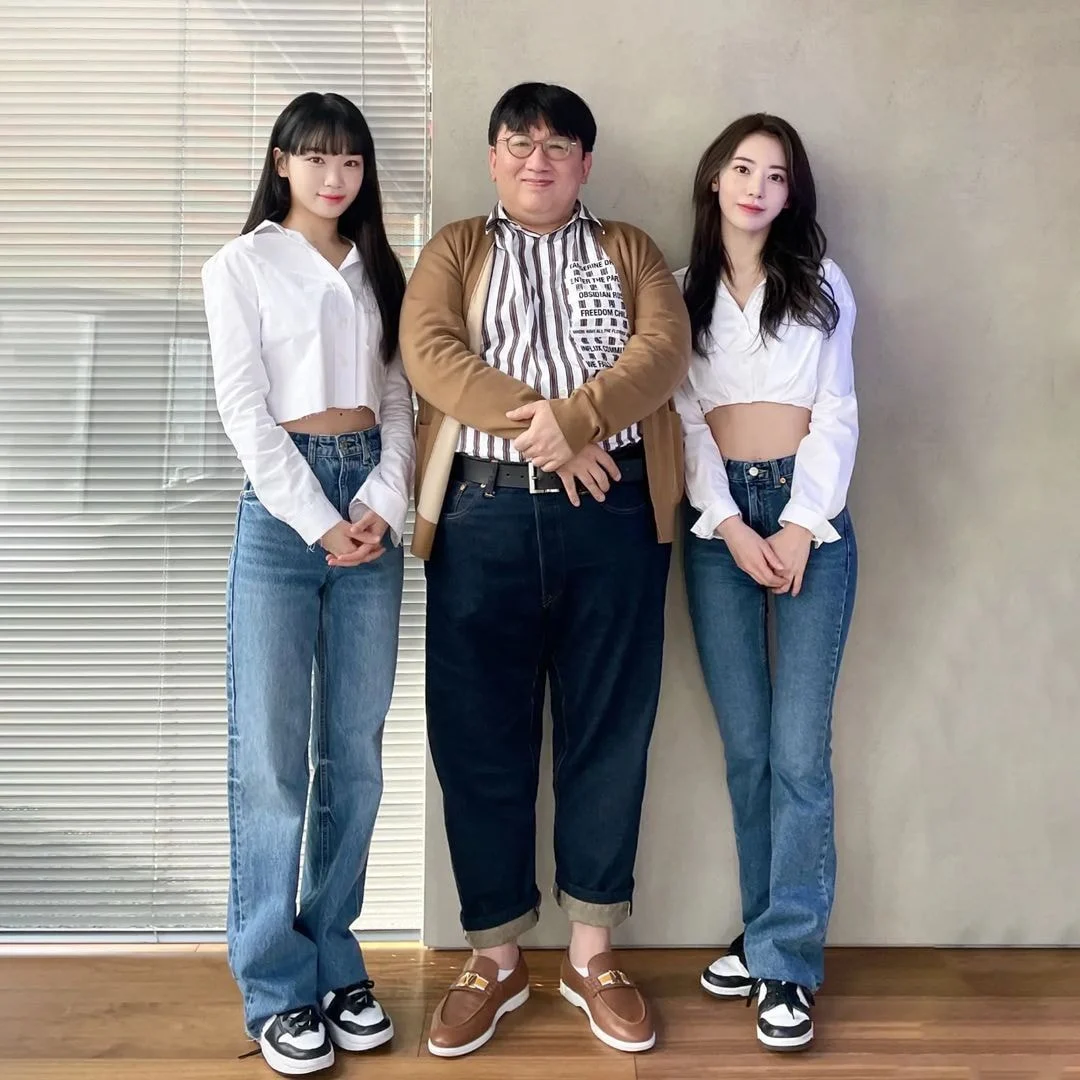 1. Chaewonieeeee, come right now. I wanna see your fancam
2. Hitman Bang’s expressions look f*cking good ㅋㅋㅋㅋ
3. Wow Sakura is freaking pretty. The Korean styling is crazy
4. Wow he seriously looks like those super rich Japanese otakus
5. Kim Chaewon’s impression kinda changed
6. Did they get taller? They look more mature and chic
7. Wow both of them are freaking pretty
8. There are so many young and pretty trainees in Korea so just why… I don’t get it
9. Bang Sihyuk is an otaku so I bet that he liked AKB before. So that’s why he can’t let go of Sakura
10. He looks like a successful fanㅋㅋㅋㅋㅋ I’m jealous of Bang Sihyuk… he’s fanboying by gathering all these freaking handsome and pretty people…
[enter-talk] WOW… BANG SIHYUK TOOK A PICTURE WITH KIM CHAEWON AND SAKURA
Sakura got f*cking prettier..
post response:
[+56][-16]
original post: here
1. [+68, -9]
Wow what’s up with Sakura;;;;; f*cking pretty
2. [+66, -7]
Did Kim Chaewon froze or melt? She seriously looks the sameㅋㅋㅋ everyone were saying how she was fixing herself and was hiding but seems like they can’t say anything now
3. [+64, -2]
Why does Bang Sihyuk look so shy? He looks like someone who sells bread
4. [+39, -4]
Sakura is shameless

5. [+17, 0]
Is Bang Sihyuk debuting with them? He’s being the shyest while standing in the middleㅋㅋ;
theqoo