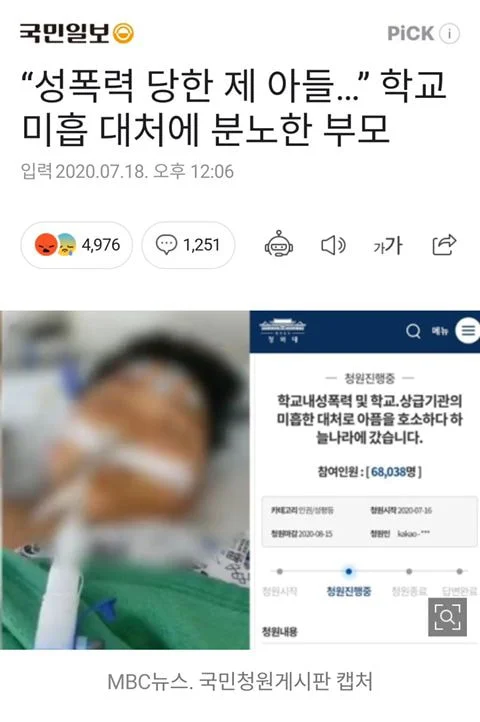 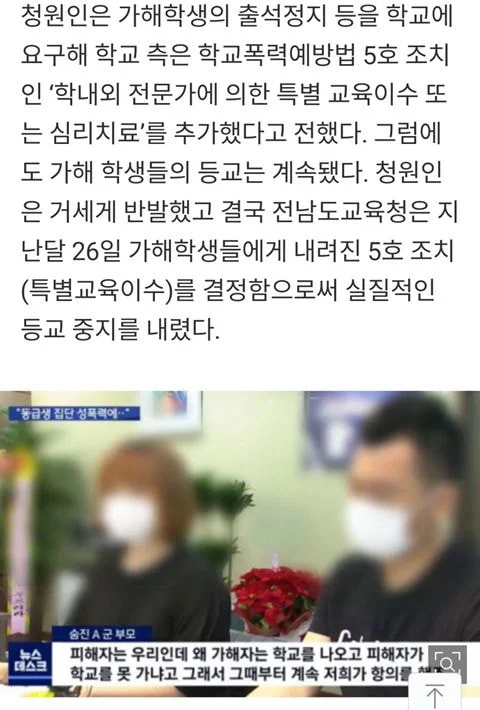 “The petitioner requested the school to suspend the attendance of the assailant, so the school added a “special education expert or psychotherapy by internal and external experts,” which is the 5th level of the School Violence Prevention Act. Nevertheless, the perpetrator students continued to go to school. The petitioner strongly objected, and in the end, the Jeonnam Provincial Office of Education decided to give the perpetrators the 5th level of punishment (completion of special education) on the 26th of last month, effectively suspending their school attendance.” 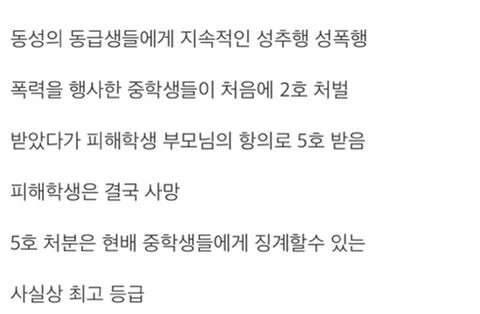 “Consistent s*xual harassment and assault by classmates of the same gender
The assailing students first received the 2nd level punishment
But then received the 5th level punishment at the protest of the victim’s parents
The victim eventually died.
Level 5 punishment is a disciplinary action against current middle school students.
It’s actually the highest level”
Are they for real with giving them the 2nd level at first?…
original post: here
1. Level 9 means that you are expelled from school but they are not allowed to give it to middle schoolers. Level 8 is the highest so if this is level 5, it says everything…ㅋㅋ
2. No but the baby in this post…ㅠ
3. I’m a teacher and I’m also not sure if the 5th level is the highest or not (because school violence is a very sensitive and complicated issue and it’s really case-by-case) but I don’t think that you can say that all level 5 cases are the same. However, no matter how it’s a school-by-school case, they don’t give out level 5s randomly
4. Wow this is so sad… so level 5 was this severe
5. So level 5 is the highest for middle schoolers? I didn’t know
6. So she still thought of debuting with that? She’s impressive
7. Ha… seriously, these school violence assailants cannot succeed
8. Just when are we gonna have a school that protects the victims?
9. The case in this post is so… ㅠㅠ so sad, seriously ㅠㅠㅠㅠㅠㅠ
10. Just what was Kim Garam doing in school?
theqoo