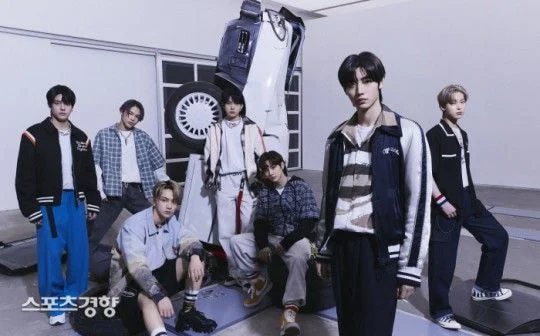 Controversy has arisen when it was discovered that a bodyguard assaulted some female fans during the group Enhypen’s arrival to Korea.
The incident took place at Incheon International Airport on the 16th. When Enhypen arrived at the terminal after completing their overseas schedule that day, fans began to swarm in to take pictures of them.
According to the video, in the process of stopping fans from swarming in, the security guards were caught on camera as they were excessively pushing several women. The bodyguard applied physical force to several women and pushed them away, creating a violent situation. The safety status of those who were pushed out of the screen was not confirmed.
When the video was released, public opinion criticizing Enhyphen’s officials poured in. Fans from other countries, mainly on Twitter, pointed out their excessive security.
The violent overreaction of some bodyguards has been consistently discussed among some fans, but it became a full-fledged public debate on May 2018 when an NCT127 bodyguard assaulted a photojournalist.
An official from Incheon International Airport Corporation said, “We are aware that there have been several assaults between celebrity bodyguards and fans, but there is no room for interference from the position of the[our] corporation under the law.”
source: https://entertain.naver.com/now/read?oid=144&aid=0000813412
1. Just don’t go to the airports then. Would you stick yourself to people in the streets when you walk?
2. The bodyguard is doing a good job though?
3. Why should we feel empathy for sasaengs and stalkers?ㅋㅋㅋㅋㅋ They’re the ones who can decide to not be there in the first place or just make a way for them to pass
4. Nobody would get pushed if they were just minding their business and staying stillㅋㅋ Anyone can see that they were trying to stick themselves to them, they’re stick-fangirls (t/n: 붙수니 = groupies who literally sticks themselves to idols) and stalker bugs, why are people shielding them? Why should we feel for bugs? Are the ones shielding them the stick-fangirls themselves?
5. I seriously hope we stop lumping stick-fangirls with harmless fangirls, they are the ones who will do anything just to touch their idols and take pictures, they’re the same kinds as stalkers
6. Watch the video yourself, you’d realize that even using more bodyguards won’t do, they’re already hugging the idols and trying to pass by but the fans are pushing themselves against them and trying to stick themselves to them and they fell

7. Just why are you trying to stick on them for…?

8. Can people stop making this into a man pushing a woman issue?
Is this how you’d react to criminals?
9. If you watched the video, you would know that this isn’t problematic. Who is the one stalking here? If they didn’t push the fans like that, the artists could’ve gotten hurt themselves and this has happened a lot in the past…
10. If you’re going to take the stance of an adult male pushing a woman, think about male fans trying to stick themselves onto female idols, would you finally understand????? Stop trying to take on weird perspectives
theqoo