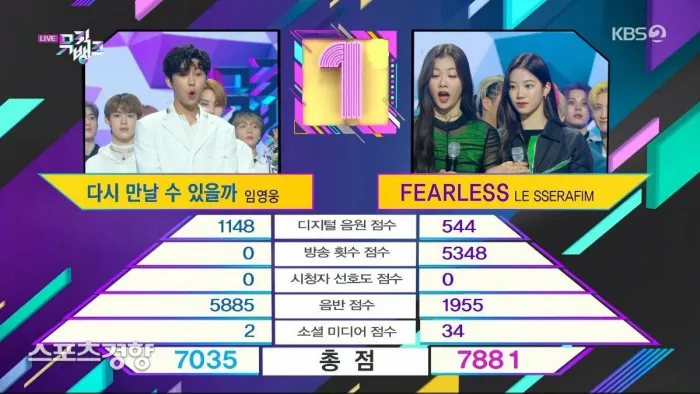 The KBS2 music program ‘Music Bank’, which created a buzz due to the manipulation controversy, has been the reported.
On the 20th, A-sshi, who said that they were a citizen who urged the Korea Communications Standards Commission to impose legal sanctions and fines on KBS, said on the 20th, “There were loopholes in the explanation given by KBS as they deleted Im Youngwoong’s songs from the song list selection. It was judged that the report required a thorough investigation, so we requested an investigation from the National Police Agency.”
original post: here
1. No matter who did well here, they are the public broadcast so they should be the ones responsible to cleanly reveal the truth
2. Oh I support this
3. Well done. Let’s use this opportunity to investigate them through and through
4. Good, I support this
5. Their broadcast points were just f*cking weird. Ever since Taeyeon lost, I felt like something was wasn’t rightㅋㅋㅋ also, this time, they messed with the wrong fandomㅋㅋ
6. ㅋㅋㅋㅋㅋㅋㅋㅋㅋ
7. Of course we should go to the end with this
8. They are cool I support this
9 This happened because they touched a super active fandomㅋㅋ
10. He’s not an idol but Im Youngwoong. He’s so influential that you can’t refute this. I’m sorry to the singer and their fans but I’m also thankful ㅠ
theqoo