On the 25th, Paldo’s side announced “Next year, between the end of February to beginning of March, we are aiming for the launch of the 1.5x larger cup for Paldo Bibim Myeon”.
BTS member RM said “I wished that [Paldo Bibim Myeon cup] had a size that’s 1.5x bigger’, the company responded quickly and has started developing the product.
However, Paldo said, “The factory will require a change of equipment so we aren’t sure whether to launch it for a limited amount of time or an official product.” 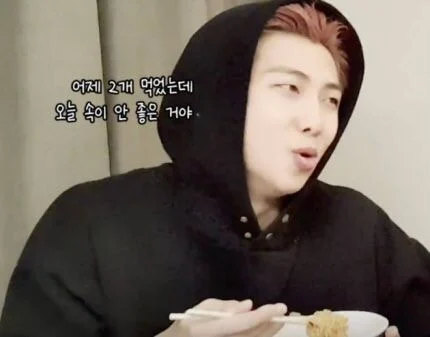 “I ate 2 of these yesterday, but my stomach didn’t feel good (meaning he was too full)” “I hope you can release one that’s 1.5x bigger”
Even among Army, Paldo Bibim Myeon has been coined “BTS’s soul food”. BTS was seen eating Paldo Bibim Myeon and talked about how much they enjoyed the product bringing recognition to the brand among fans too. 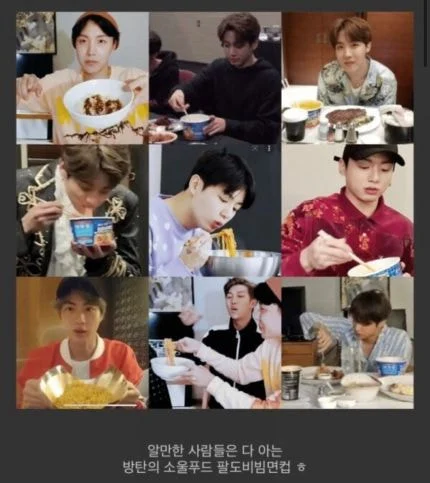 RM’s comment also drew attention on online communities when a netizen released a post talking about how ‘Big corporations are keeping an eye on BTS’.

RM said on Vlive “I ate that for 3 days and I still didn’t get tired of it, yesterday I ate 2 of these but my stomach didn’t feel good. One is too little and 2 make me feel too full. I wish they could make one 1.5x bigger”. 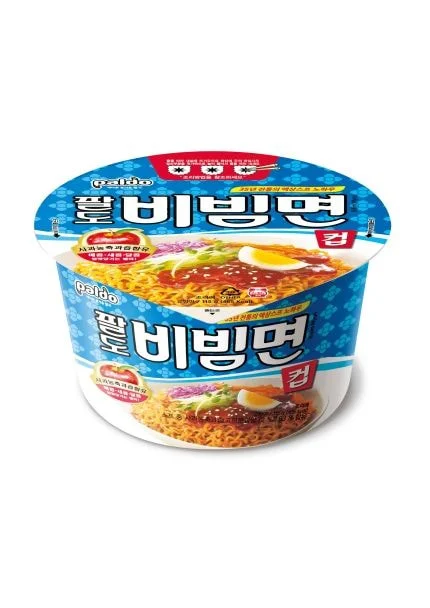 Netizens responded to this, saying, “Paldo-ya, the time has finally come to repay the favor”, “Everything that BTS says come true, please make it happen”, and “1 is too little. BTS said it for me, and it was refreshing” and “I completely agree wit having a 1.5x larger cup”, etc.
source: https://news.v.daum.net/v/20211225090102634
+ Paldo said they would make a cup that is 1.2x bigger
original post: here
1. As expected, they have good influence👍
2. We did it!!ㅋㅋㅋㅋㅋㅋㅋㅋㅋ
3. King-tan thank youㅠㅠ They did it
4. What?ㅋㅋㅋㅋㅋㅋㅋㅋㅋㅋ I didn’t know it was this easyㅋㅋㅋㅋㅋㅋㅋㅋㅋㅋ
5. Hul it’s actually happeningㅋㅋㅋㅋㅋBangtan are daebakㅋㅋㅋ
6. 1.5x is a national rule
7. For real????ㅠㅠ For real I’ve always eaten 2 but felt too full, this is daebak… He’s so efficient…
8. So they were able to do it all this time but never did it? Anyways, Thanks RM. This feels like a Christmas giftㅋㅋㅋㅋ
9. Wow I didn’t know it would be this easyㅋㅋㅋㅋㅋㅋ I never thought it would happen in my lifetime
10. This has been an issue for such a long time, but it only took BTS to say it once to make it happen